In Europe, May is usually chock full of conferences, and this one was no exception. While I do like to go as an audience member, too, (and so should you) the two instances I was at had me over as a speaker, and that was exceptionally fun.

Like last year, OSCAL was organized by the team of Open Labs, including our very own Elio Qoshi, and took place at the Metropolitan University of Tirana. A free conference dedicated exclusively to open data and open source, OSCAL can be considered south Europe’s answer to FOSDEM. Much smaller in scope but in no way lacking dedication, this year’s edition featured more tracks than ever, covering everything from data and media codes, to animal adoption via open source and bitcoin, even coding workshops.

Aside from being superbly organized, OSCAL is far too humble about something one doesn’t see often – if ever – at such generally tech-oriented events. Not only are most of the volunteer staff female, but the percentage of women in the audience is just jawdropping. I had wondered why that was since last time I was there (it’s a regular occurrence, not a phenomenon). Could be the fact that women have been an important part of Albania’s culture since the olden days (every painting in the history museum has a woman in a position of importance, or at least alongside a man)… 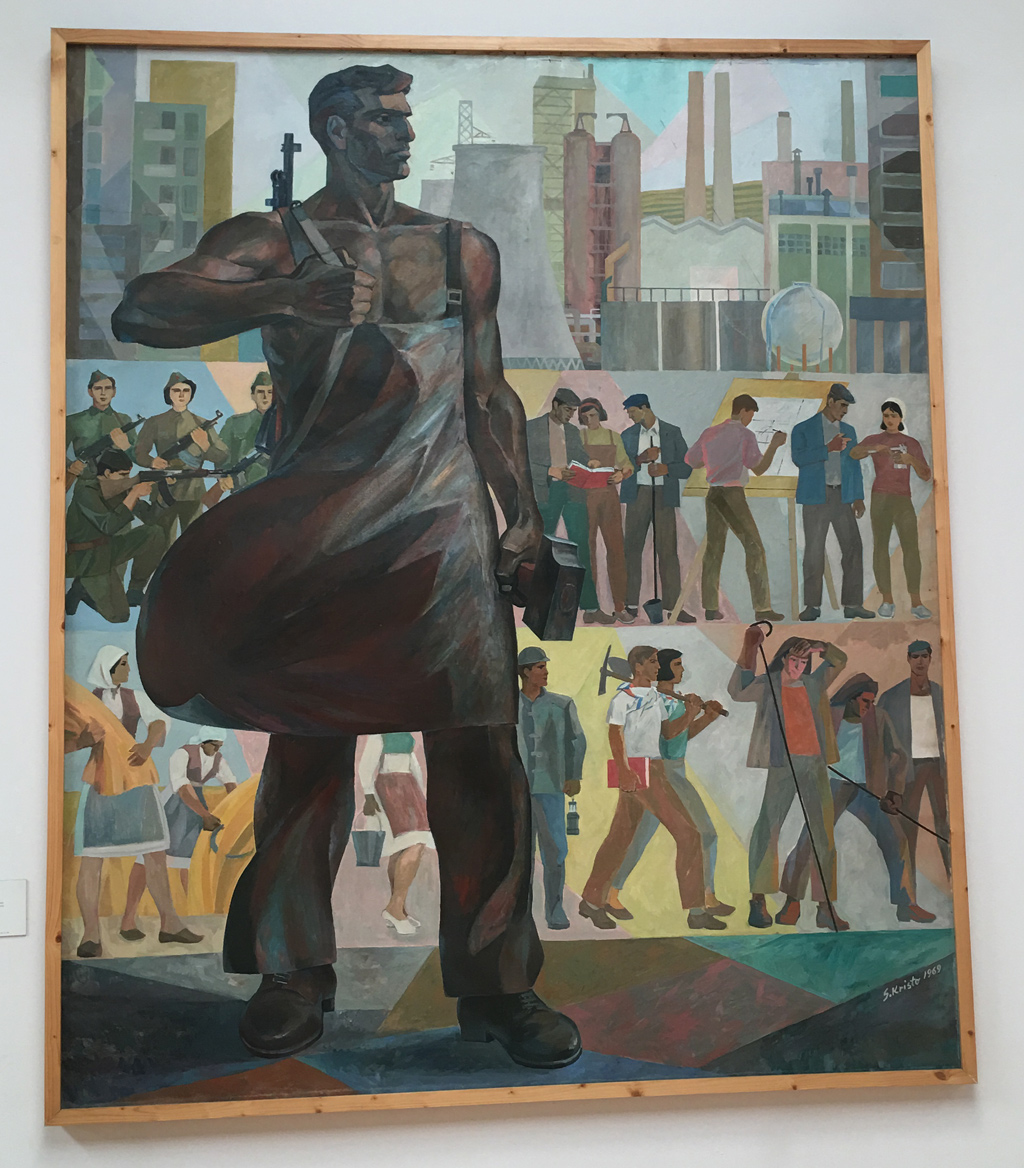 … or it could be the fact that it’s a less PC environment and people just shrug off what they don’t like, so there’s no tension around social interactions, or a number of other things. I certainly hope the organizers will collect some post-conference data around this and let us know – in any case, I wasn’t the only one surprised by this.

Turkey’s annual PHP conference took place in the wonderful (and wonderfully humongous) city of Istanbul. Despite the conference being commercial, it wasn’t as well organized as OSCAL. Still, the staff made all us speakers feel very much at home and extremely comfortable every step of the way. 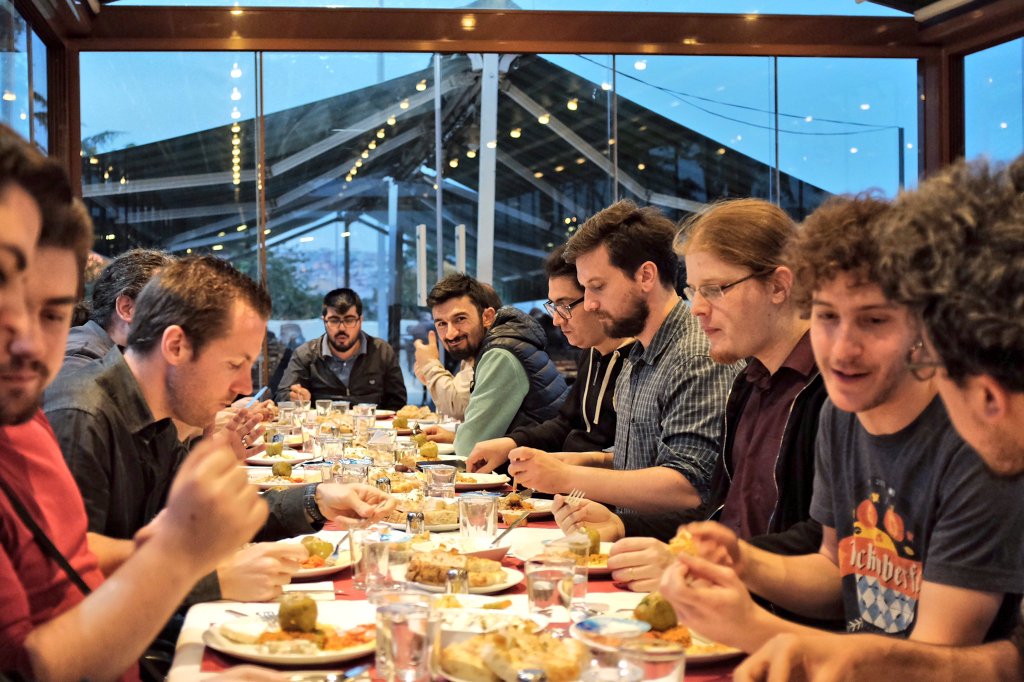 PhpKonf is, of course, very PHP-focused, and usually has two tracks – a Turkish one, and an English one. I was there talking about frameworks and non frameworks, alongside community champions like Phil Sturgeon, Paul Dragoonis, Ben Marks, Marco Pivetta, and others.

With so much amazing food, such road adventures, those kittens… 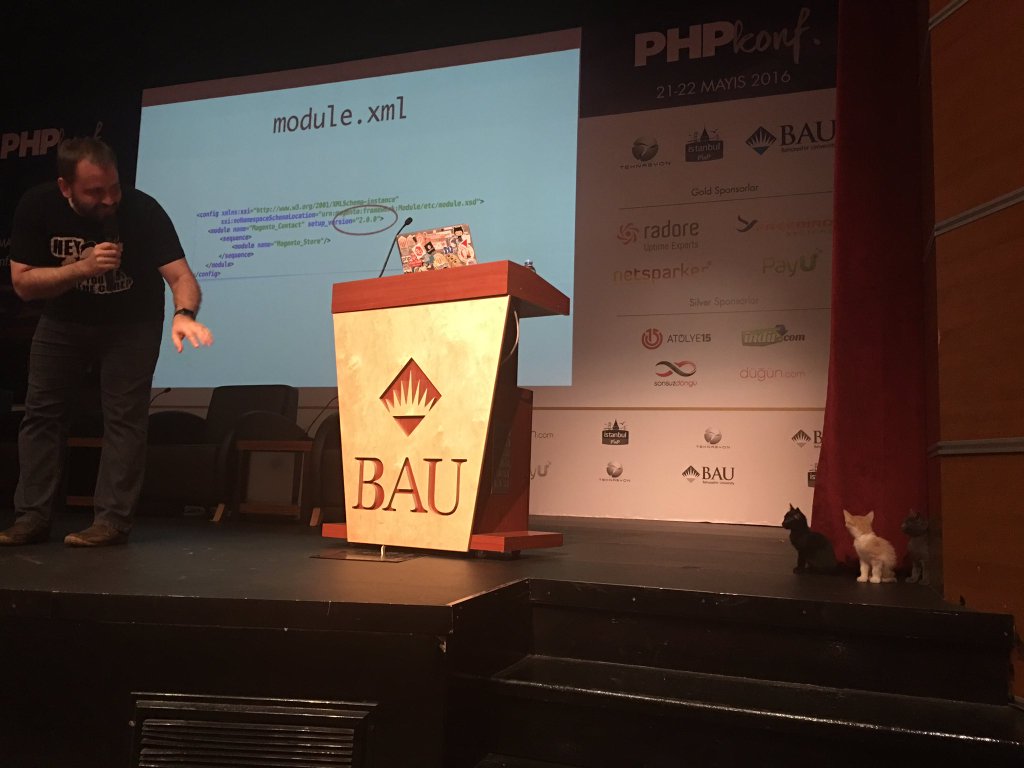 … and the sights all around us, PhpKonf is going to be hard to top, so BgPHP and WebSummerCamp have their work cut out for them.

I honestly encourage you to attend some conferences when you can – if you can’t afford them, try applying as a speaker or having your costs covered by your employer, or if nothing else, go to a user group in your area – this map might help. There’s nothing to lose, but so much to gain. Seeing the world, while educating oneself, while networking with some of the most prominent users in the community and getting to know their attitudes, stances, and practices live is by far one of the best boons for one’s career.

This month, we’ve compiled a diverse list of packages covering both everyday and extremely obscure use cases. Check it out!

Apropos conferences, Joind.in – the ultimate open source conference attendance tracking, slide-sharing, and talk-reviewing app out there is still actively looking for more contributors. With a new UI already deployed to some areas of the app, other parts could still use a tune-up. If you’d like to contribute to a project that’s already high-impact, Joind.in is a fantastic opportunity.

This static analyzer was posted to Reddit the other day, and already gained quite the following. We’ll be covering this tool in a future post, along with how and why to use it, but in the meanwhile, if you feel like it’s missing some checks you frequently do manually in your code, or discover in remote tools like Scrutinizer, now’s the time to contribute and add them in there – let’s build an awesome, locally-run analyzer together and make future PHP7 code as clean as possible.

nspl is an epic collection of PHP utilities and helper methods grouped under the name “Non standard PHP library”. It features plenty of interesting shortcut methods we often end up writing ourselves, like functional programming approaches, array assist methods, property getters, and much, much more. The library is, at this point, quite mature and not exactly unpopular, but could still use some more demos, examples, and method combinations as proof of concept. Additionally, if you’d like to write those demos for us – let me know! We’ll pay good money for high quality demonstrations of implementation!

This app is, essentially, a personal Trello clone. Personal in that it only supports one user (though adding others to tasks is a work-in-progress feature) and thus lends itself nicely to day to day personal project organization. While it would have a hard time beating something as versatile as Todoist or its competitors, it’s nice to have something like this as a good starter that one can extend and fit to personal needs.

The project is currently being updated by one developer, so the bus factor is quite high – why not jump in and help out with some additional features, UI upgrades, or even just suggestions for solutions to outstanding issues?

This package is a bit specific, as it’s a collection of OAuth2 helpers and middleware for the Slim framework, but anyone implementing OAuth2 with Slim will definitely appreciate it. The project has two issues the author could use help with, but is generally considered mature so, to help with its popularity, I’m greenlighting a post topic in advance – want to write about implementing this in a Slim application, end-to-end? Let me know!

As usual, there’s no lack of interesting repos to look at – whether you’re looking to explore a new package and write about it for us (wink, wink!) or looking for a new open source project to take under your wing or use to give back to the community, there’s something to choose from.

Note that if you do contribute to any of the above projects, I’m more than willing to feature a post about the entire process if you document it from start to finish, and pay you for your work. Getting paid to play with a new app and do good open source work? What’s not to like?

That’s it for May – as always, please throw your links at us with the hashtags #sourcehunt and #php – here’s the link to the combination. Naturally, if you’d like to sourcehunt a project written in another language, alter accordingly.