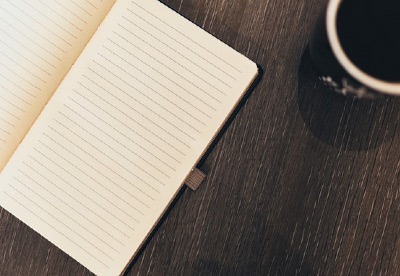 We are ‘creative types’. We like to create stuff.

That usually means starting with nothing – an empty page, a blank screen, a new notepad – and slowing adding new stuff to it. Typically we might add elements like:

Eventually we have a blend of new items that we like. 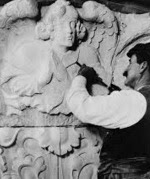 But that’s not the only way to create something new. You can also create by removing items. If you think about it, a sculptor’s great talent is just knowing exactly which pieces of rock to throw away. We like their leftovers.

This approach can work really well with visual imagery too. Here are two of my favorite examples where ‘taking away’ parts of an image tells a new story. 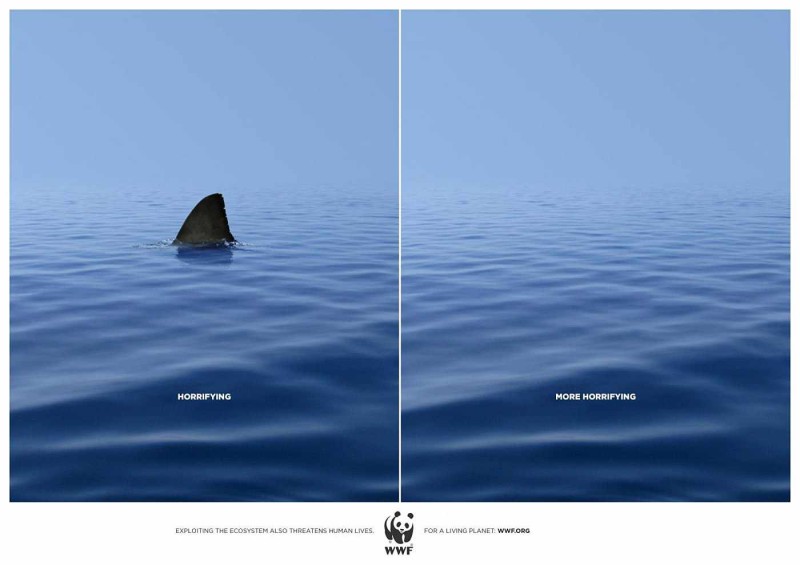 WWF took a brave approach by choosing to avoid the usual cute and endearing pandas, lion cubs and seals pups commonly used in their ads.

If you can’t quite work out the text – I had to scale it down for this email – the first image with the shark fin is labelled:

The second image simply ‘photoshops out’ the shark fin and adds the label:

Given the PR beating that sharks have taken since Jaws was released, it’s impressive that WWF are able to generate a sense of sadness by removing a shark. WWF used this theme with other animals including a vulture, but think this one is the most effective.

Pedigree Dog Food has made a name for itself creating simple but effective visuals, but I think this one is a particularly poignant idea. Rather than trying to sell dog food, they’re selling dogs – or at least the idea of adopting a dog. 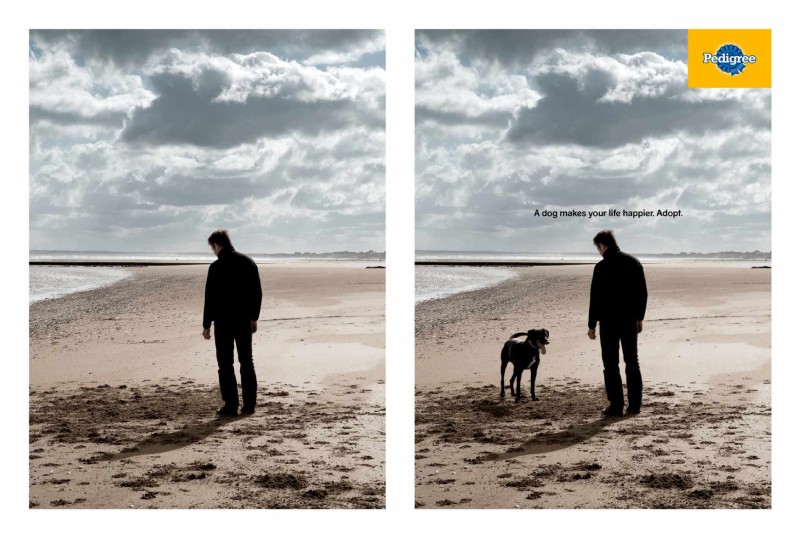 Removing the dog from the first frame leaves us watching a forlorn, lonely-looking man on a gray, wintery beach. There’s a sense of loss and the leaden sky seems to be bearing down on him.

Add the dog back into frame two and everything changes. The guy isn’t downcast – he’s simply playing with his dog. Even the clouds seem more invigorating and exciting. It’s crazy how our brains automatically paint in the stories.

This was (I think) the best in a series of ads that Pedigree created for this campaign.

And both examples use relatively small, simple Photoshop changes to completely rewrite the story.

Republished from the SitePoint Design Newsletter.