Back in the early days of Photoshop – let’s call it ‘BC’… ‘Before CS‘– third-party image filters were considered really important. Your Photoshop install was considered virtually naked without a copy of Kai’s Power Tools and Alien Skin Eye Candy.

But this was also the golden era of what I’m going to call the ‘one-trick-pony’ filter. These were photoshop filters designed to deliver one very specific effect usually in one very specific way. Classic examples of one-trick filters include:

These filters were sometimes fun – but were they of any genuine, practical commercial use?

With little control over the output, the results were inflexible. More importantly, the design demand for jigsaw effects and page curls was no higher than it is today – close to zero. I like to compare these one-trick pony filter with this little beauty–it’s called the Fox Run Banana Slicer. 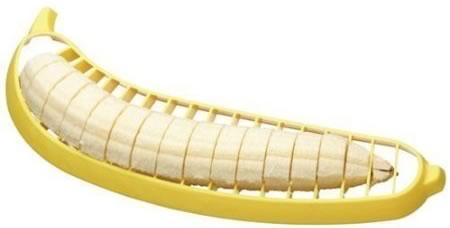 If you need to cut a banana of a certain size into precise, 10mm slices, boy, this baby can save you literally seconds! Caveat: If you need thinner or thicker slices or insist on working with rogue, non-standard bananas, the Fox Run may not be for you, my friend!

Like the Banana Slicer, one-trick filters never really caught on in the design community. Just as no professional chef would be caught using a banana slicer, no self-respecting designer would use a one-trick-pony filter. Ever.

Or… that’s what I believed until Prisma came along – now I’m not so sure.

So, what is Prisma?

Prisma is a phone app – iOS and Android – designed to apply image filters to your photos. It’s basically a glorified Instagram filter.

It offers very few adjustment controls. There’s little skill or genuine artistic expression. You pick a filter and hit ‘Go’. Prisma is, by any reasonable measure, a set of one-trick-pony filters.

I should hate Prisma. I want to. But I don’t.

Let’s have a look at what it can do. Firstly, Prisma is free and offers 29 different filter effects with arty names like Heisenberg, Traverse Line, Gothic, Mosaic, Illegal Beauty and Red Head.

I’m going to start with a photo I took recently and demo just two filters. You can make your mind up after that. 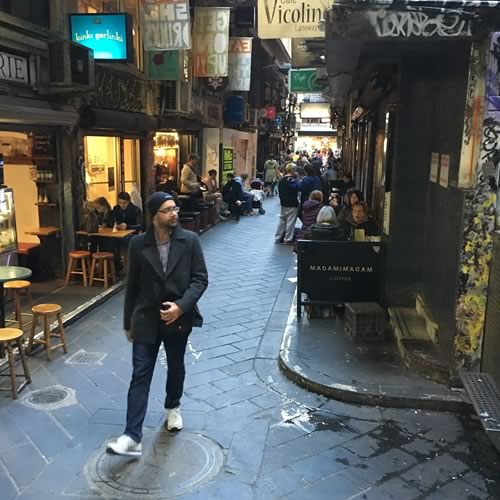 This first Prisma filter is called ‘Heisenberg’ and it has a hard, almost woodcut print look. 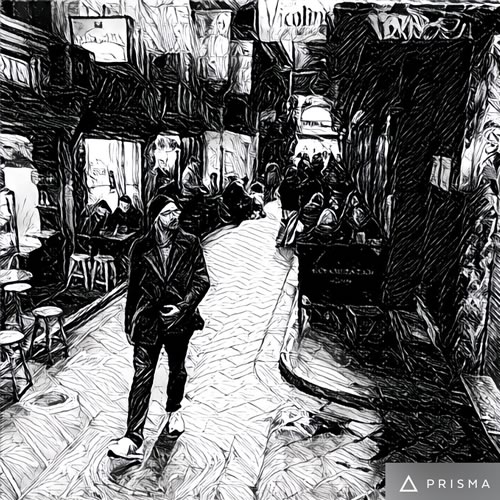 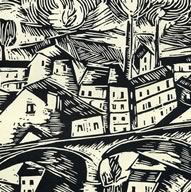 Traditionally woodcut prints were made with carving tools that tended to dig out imperfect curves in the surface of the wood. The Heisenberg filter echoes these grooves.

It’s scratchy and hard-bitten but also has an artisanal, humanist edge that could work on an architectural, urban social work or fiction writers theme.

Here’s the same photo treated with a Prisma filter called ‘Composition’. It’s a very different look to Heisenberg, but, a fresh and powerful image in its own right. I can’t claim much credit for creating it, but I genuinely like it. 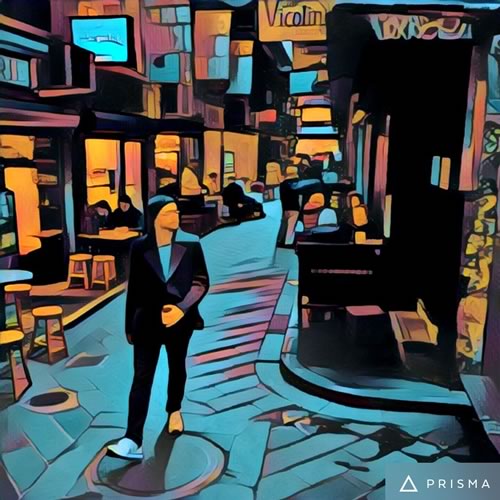 ‘Composition’ gives the image a super-hip, 50’s jazz feel. I could see this treatment being used in a music or event zine to develop a really strong visual signature.

Look at the edges on the manhole cover and the shapes on the foot. I think it’s impressive.

Although Prisma works through a phone app UI, the image processing seems to take place on Prisma’s servers. It takes a while too - sometimes 20-30 seconds to return a photo and often not at all if the server is over capacity. One-trick-pony or not, it appears that Prisma needs a mountain of computing power to do these image translation.

Most of these filters reference either an art style (comics or pen sketches) or a particular artist (Lichtenstein or Picasso), but they aren’t slavish copies.

Look closely at the examples above and you’ll see Prisma has made some really clever color and line decisions - which lines to remove, which lines to emphasize, which colors to contrast. The thinking that drives the algorithms behind Prisma is clever and subtle. 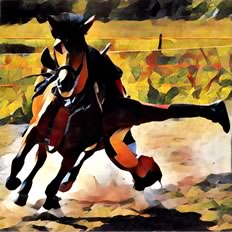 Part of me hates to say it, but Prisma is pretty cool. It probably won’t make your bad photos good, but it can take your good photos somewhere new and eye-catching.

Yes, it’s true that, ultimately, Prisma is a stable of one-trick-ponies.

But gee, it’s a good trick.