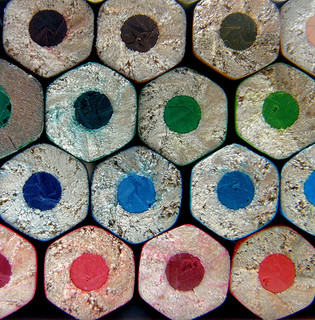 While the world’s best commercial graphic applications come with packed with features, they also come with a price tag many find hard to justify.

Though there are plenty of less expensive alternatives, the simple truth is: It’s hard to get cheaper than free.

Today we’re going to look some of the free, open source graphic apps available, and see if they are a viable replacement.

If you are currently unfamiliar with the abundance of free open source graphic apps now available, you may well be missing out.

The best open source graphic applications on this list are comparable in quality to their leading commercial equivalents.

Don’t be put off by the word ‘free’ either. This is a case where ‘free’ definitely doesn’t mean low quality.

I know what you’re thinking: “If I use free software, I’ll have far too much extra money!’

Relax. You can always donate to the hard-working developers behind these apps, and help them make them even better.

So, let’s get to the list, and see if open source can genuinely compete with their expensive commercial counterparts.

Sidenote: Although most of these applications were originally developed for Linux, they often have Windows and Mac versions.

1. Could You Use GIMP to Replace Photoshop?

Often the first application that comes to mind when you are thinking about free, open source graphics is GIMP (Gnu Image Manipulation Program).

While GIMP doesn’t have all the niche features of Photoshop, it certainly offers a lot. In fact, there are a good many professional designers who use GIMP and judging by their output, the results are stunning.

So, assuming you have some design skills, the limitations of the applications you use is secondary.

What Can GIMP Do?

GIMP is a raster graphics application that is useful for image editing and retouching.

You can also use it to create raster images from scratch, as well as simple animations.

It supports layers and channels, has an advanced gradients function, includes paths and quick masks. There are rotation and transformation tools, as well as tools for scaling, cropping, resizing, file format conversion, and more.

GIMP can also be used for both Web and print design.

It even has a few tools that don’t have direct analogs in Photoshop — for instance, the Cage Transform tool that allows to warp just parts of objects.

Where Does GIMP Fall Short?

The main areas where GIMP falls behind are interface and feature list.

Any designer raised on the Photoshop interface, might not always find menus options where they predict them to be.

It’s true, the GIMP interface is different from Photoshop, and there will be an inevitable learning curve.

However, if the UI differences are a show-stopper for you, there’s always Gimpshop. Gimpshop is GIMP retro-fitted a very Photoshop-like interface.

Some may argue that reproducing Photoshop is not something to aspire to. You be the judge.

In terms of features, it’s hard to pinpoint exactly which Photoshop features are missing, as most missing functionality can be added via GIMP’s rich plugins ecosystem.

In theory, this is a better model, as you won’t have lots of unused functionality obscuring the features you need.

As an example, GIMP doesn’t ship with RAW image processing abilities, but this can be added via the UFRaw plugin.

GIMP does lack the granular text options of Photoshop, along with its adjustment layers. CMYK support is also somewhat limited by default, though additional plugins can plug this gap if required.

While the lack of these features may well be a show-stopper for some, I suspect many designers would not even notice their absence.

Interoperability is often cited as the biggest problem for dedicated GIMP users. Clients frequently want to provide you with PSD files, and while GIMP supports PSD in theory, the practical results aren’t always ideal.

This file format issue is often cited as a key hurdle for new adopters, and is likely the major reason GIMP is not as widely-adopted as it might be.

Price Comparison Between GIMP and Photoshop

While there are some obvious caveats to adopting GIMP, these hurdles often become less important when you compare costs. As I mentioned, GIMP is free – it’s hard to get cheaper than that.

On the other hand, Photoshop is no small investment. Currently, you can get Photoshop CS6 as a standalone application for $699-999 or for $1,299-2,559, bundled with other Creative Suite 6 products.

With Adobe’s new rent-only policy – i.e. their Creative Cloud the situation is similar.

That is a lot money for most of us — especially if you are not using the software every day!

2. Could you use Inkscape to replace Illustrator?

Adobe Illustrator is another leading commercial vector graphic application that has a viable free open source competitor in the form of Inkscape. 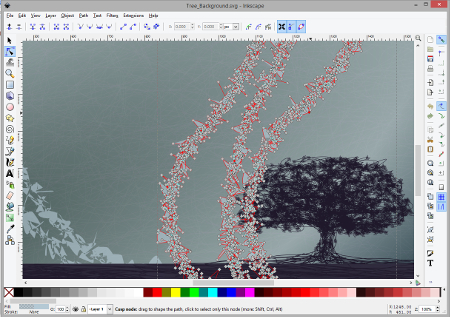 What Does Inkscape Bring to the Table?

Inkscape uses the W3C standard Scalable Vector Graphics (SVG) file format as it’s default. As you might know, SVG is a format that is becoming more relevant to web developers with every passing day.

It can also work with other popular vector formats, such as .ai, .eps, or .pdf, while most other vector graphics programs can handle its SVG files.

While this list may need to be updated, I think it’s useful enough to include regardless.

What Illustrator Functionality Is Missing in Inkscape?

If you decided to switch to Inkscape, you should also be aware of its limitations.

Firstly, file interoperability can be an issue, especially with older .ai files.

Inkscape.org also publishes a list of Illustrator features that are currently missing in Inkscape:

Again, this list may be slightly outdated, but gives you a sense of what you might be losing if you decide to throw your lot in with Inkscape.

Now, I wouldn’t class myself as a ‘power-user’ of either Illustrator or Inkscape. But as an occasional user I can attest that my skills (or the lack of them) are certainly a much more serious barrier, than any software limitations.

From my point of view, there is no critical feature or tool that Inkscape lacks. For the majority of projects — even demanding professional use — I believe Inkscape is a very feasible alternative.

The price comparison between Inkscape and Adobe Illustrator is very similar to the earlier Photoshop comparision – free vs $599 for Illustrator CS6, or $19.99 a month for the standalone Creative Cloud version, or $49.99 as part of CC bundle.

3. Could You Use Scribus Instead of InDesign?

If you are into desktop publishing, then you might be interested in Scribus as an alternative to Quark Xpress, Adobe InDesign, or Microsoft Publisher.

Scribus is not an exact match of either program, so you shouldn’t expect it to have all the features you know from these programs. What can Scribus Do?

Similarly to GIMP and Inkscape, the Scribus interface is very different to that of InDesign. Until you become accustomed to it, it’s likely to take you some time to perform even the simplest tasks.

Now, I am no Scribus expert, and to be frank, my encounters with InDesign are pretty sketchy, but experienced desktop publishers tell me they couldn’t use Scribus for critical publishing tasks.

Aside from this, many common functions you will find in InDesign, are currently absent from Scribus. For instance, in Scribus you can’t even dock, move or hide individual palettes.

But what’s the main buzz-killer?

Currently Scribus can’t open InDesign’s default format. While Scribus’s PDF export facility covers most print situations, the lack of ‘INDD’ support will be a roadblock for some.

However, since Scribus isn’t anywhere near as competent a replacement to InDesign, as GIMP and Inkscape are to Photoshop and Illustrator respectively, I think the price comparison is far less relevant.

This comparison is truly an ‘apples to oranges’ situation.

The list of open source useful applications that are compete competently with commercial equivalents is too long to cover comprehensively here.

However special mention has to go to the amazingly powerful Blender 3D, used for 3D design, video editing and special effects. While arguably not be a complete substitute for Premiere, 3DS Max or Maya, Blender has become a rich and powerful platform — evidenced by Blender-powered, short films and games such as Big Buck Bunny, Sintel and Tears of Steel. 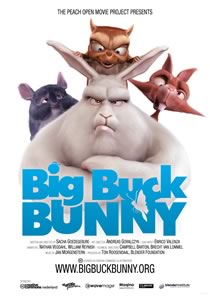 Krita and MyPaint are two other graphic programs in addition to GIMP you can use. Paint.net for Windows is also a very viable Photoshop alternative.

Xara for vector graphics and Pencil for cartoons are also good. When you add FontForge (for fonts creation), Dia (for diagrams), or Draw from the LibreOffice package, you’ll see that you can do pretty well without a spending metaphorical dime.

These applications are just a sample of what’s available in the Linux world. Some are included in Linux distributions, while others need to be downloaded and installed separately.

If you don’t have the time to do it, you can get a graphics-focused Linux distribution, such as DreamStudio.

Dreamstudio includes all the applications listed above, plus some other graphics, sound, and video applications, like Darktable. Similar in function to Adobe Lightroom, Darktable helps you manage your digital negatives, view them through a zoomable light-table, as well as develop and enhance raw images .

Whether these applications can become your default editors is a question only you can answer. However, even if you decide they aren’t quite ready to completely replace your commercial suite yet, they may still may have a useful role in your toolkit.

Frequently I find it more efficient to use an open source application for many of the simple graphics tasks you might perform in a typical day — cropping, scaling and simple color tweaks.

And that can make a big difference to your productivity in a busy day.

As with many other decision in life, the choice of open source versus proprietary software isn’t only about the money. What Do Super High-Res Displays Mean for Your Website?James George