We’re working hard to keep you on the cutting edge of your field with SitePoint Premium. We’ve got plenty of new books and mini-books to check out in the library — let us introduce you to them. 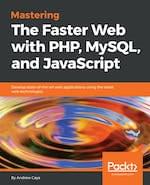 Develop engaging games for the Android platform with Java. Learn Java, Android, and object-oriented programming from scratch. Build games including Sub Hunter, Retro Pong, and Bullet Hell. Create and design your own games, such as an open-world platform game. 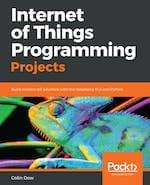 This book is a practical, project-based guide to help you build and control your IoT projects. Leverage the full potential of IoT with the combination of Raspberry Pi 3 and Python. Build complex, Python-based apps with IoT. Work on various IoT projects and understand the basics of electronics. 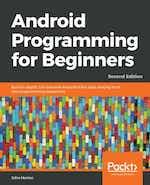 Through this first-principles introduction to Java, via Android, you’ll learn all the Java and Android skills you need to start making powerful mobile apps with practical and actionable steps, and how to publish apps to the Google Play marketplace. In this book, we’ll examine some of the most popular Vue.js tools, and look at some related skills that will help you on your journey to becoming an expert Vue developer. We’re going to learn about CSS transitions and animations. By the end of the book, you’ll have a good understanding of CSS animations as well as the tools to create and experiment with our own. How to Build a Game with Vue.js

In this tutorial, we’ll explore one of the less obvious uses for Vue: game development,. We’ll build an electronic variant of the popular Match Pairs game.

Read How to Build a Game with Vue.js. And More to Come…

We’re releasing new content on SitePoint Premium almost every day, so we’ll be back next week with the latest updates. And don’t forget: if you haven’t checked out our offering yet, take our 7 day free trial for a spin.