Last year, I shared five ways in which designers, as a whole, could learn from films in order to improve their designs. So, what about art history?

Inspiration can honestly be drawn from anywhere including the evolution of art which has seen many changes throughout the centuries.

That’s why today’s article will feature five key areas from art over the years where you as a web designer can pull inspiration, practices and techniques in order to better your websites.

Mathematics Has Always Been a Friend to Design 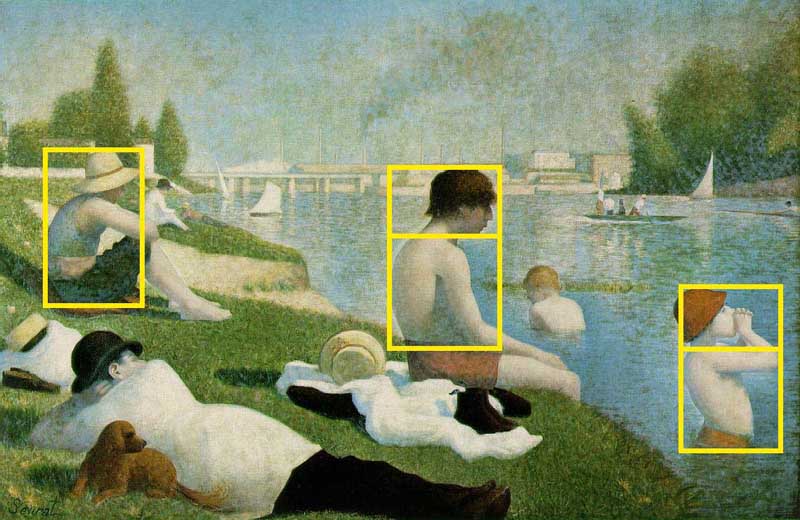 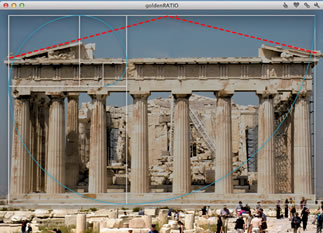 Let’s consider how the use of numbers created change in art.

The golden ratio or golden section was first developed in by the Ancient Greek during their study of geometry where they found the number 1.61803398874989484820 during countless occurrences.

This number, what we most commonly refer to as “phi” has been considered throughout art history to be the most pleasing to the eye when the ratio for length to width of a rectangle fits this number.

Why does any of this matter? 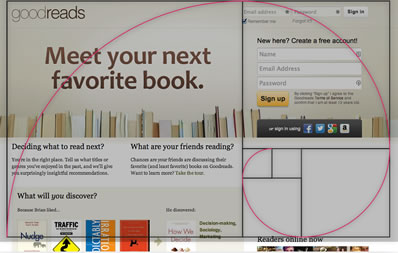 Artists from the time of the Greeks, till today still apply the golden section to their work.

The exterior of the Parthenon designed by Phidas, Chartres Cathedral which was built during the Medieval times, Dali’s “The Sacrament of the Last Supper” and even the CN Tower in Toronto all implement the golden section.

Many websites today use the golden ratio as well to make more visually appealing sites including Instagram, GoodReads.com and Paypal

It’s easy to see how to apply the golden ratio to column layouts, but there are so many other areas where it simplify your life.

For instance, try using the golden ratio in: 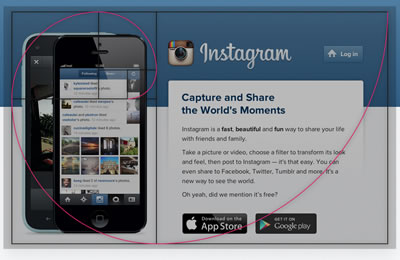 The golden ratio is simply a great default in almost any sizing decision. It’s almost hard to get wrong.

You can also use the Phicalculator to create a website around the golden section.

Design Rules Can Be Broken While some may disagree, you should remember that it is often the disregarding of rules that yield the most unexpected and sometimes revolutionary surprises.

Whether you went to school for web design, was self-taught or learned under some other method you were more than likely introduced to a list of rules that were set for you to follow. These rules have been known to cause success but that isn’t always the case.

Not every method works for everyone, as one could see in the history of art.

Sometimes you as a designer have to break away from the mold and do what “feels right”. There has been numerous times in art history where artists did the same thing to be welcomed with praise, fame and notoriety.

Dada was an art movement back in the 20th century that incited change.

Its entire purpose was for people to reject and deny what was considered conventional and traditional forms of art where technique and genre were involved.

Dada took shape in all types of art including graphic design, literature and performance. It did not look to answer questions or to inspire. Dada broke down the conventional and built it anew with their own rules.

Even the famous Pablo Picasso broke the rules and has even been quoted as saying:

Like the Dada movement he broke what was considered traditional aesthetics.

He threw out the concept of three dimensional perspective, traded in proportion with distortion and incorporated aesthetics usually seen in more primitive art.

Sites like Akiyoshi Ishigami and Axel Aubert go outside the traditional sense and break rules as well. If you don’t have a design book on hand that discusses your typical principles and various other design guidelines and rules you can find the information online.

Get yourself a firm understanding how these rules are put in practice and look at examples. You then can start experimenting by switching up the fundamentals and picking and choosing.

Try throwing out the rule of contrast within your design or completely disregard the rules of a typical layout.

Take a cue from Picasso and instead of creating exactly what you see, try to isolate the essential elements of an object — perhaps when designing icons.

A lot of these experiments will be dead-ends, but it is experimentation like these that can completely change your work in the long run. Web design demands the balancing of a host of elements and content, some wordier than others but it does not mean that it must overshadow your design.

Artists have been known to transform their words into visuals and allowed those visuals to “talk” for them. One way this was mastered was by the clever use of color. Color can speak volumes and lead the eye and the heart, a lesson which you should already know.

But do you truly understand its power? 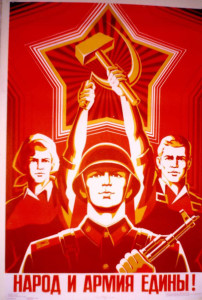 Think of how Andy Warhol utilized color or even how old propaganda posters use it.

The colors were generally bold and “loud” to attract audience attention whether for positive or negative reception or were meant to act as symbols and unspoken meanings.

Color played an important role in religious based art which can be seen throughout history. The use of certain colors were so widespread that colors like white, red and yellow have been seen as iconic.

It was these colors that stood as symbols in religion and spoke volumes to the viewer to a point where they were often emotionally moved. Association with these colors in religion could be even said to have crossed over into non-religious work.

White is often associated with purity while black is usually in reference to death or something evil, this however does not prove to be true in all cultures.

Religious art is not the only place where color is important. Much of art history utilizes color to incite some form of feeling including contemporary art that utilized intense bright color. How to apply it to web design: It is important that when approaching your web design that you understand the purpose of why the site is being built.

Questions like these will quickly point you towards the direction you need to go in regards to your color.

In order to find the right color however you need to play with shades and values. Look up the meaning of each color as well in order to make the right choices. Remember that sometimes colors have different cultural meaning so keep that in mind. 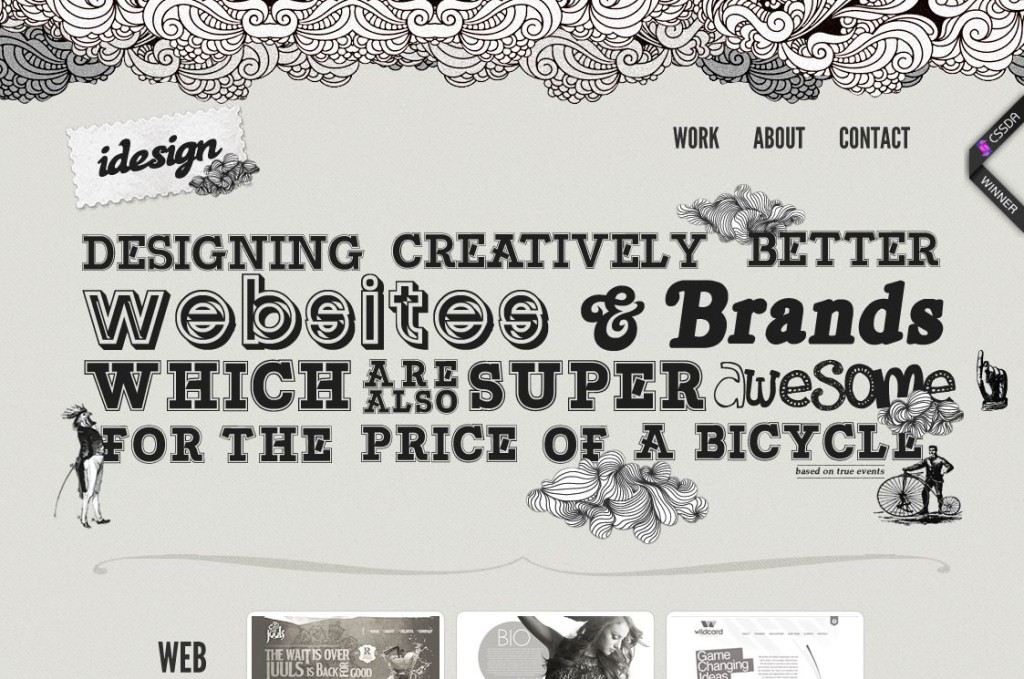 Think about the golden ratio for a second. Remember that this number is thought to be the most pleasing to the eye.

It isn’t only numbers and proportions that have served to be pleasing but the ornate and decorative have as well. Designers as a whole have looked to past works to determine what their audience is attracted to and applied it to their work.

Art Nouveau was a movement that was inspired by natural forms and structures. Most often recognized by its use of floral and decorative elements along with curved lines this style has been adapted into various forms including furniture and architecture.

Designers taking cues from vintage designs are often found using elements from the Art Nouveau movement. Cues can also be taken from the Rococo movement which appeared after the Baroque style began to face a decline.

Rococo was very ornate in design much in the way that Art Nouveau was and had just as much of an impact. Floral, curves, abstract, symmetrical and asymmetrical decorations usually made up these designs accompanied with pastel hues or gold to give a elegant and rich feel. How to apply it to web design: Sometimes your site just needs a little bit of kick to it. A proper assessment of your graphics should be done first along with feedback from others prior to any redesign or initial designing.

Take in the website’s graphics and see how they can be transformed. You want your visuals to be striking but not over the top.

Light effects like strokes and gradients may help make the visuals become more appealing. Changing color, applying contrasts or even more decorative elements may see your site looking better than before.

The Devil is in the Details

Accidents happen, even the greatest of greats create mistakes including old art masters. Details play a crucial part in just about every field and industry that you can imagine.

From mechanics, to food, to sports and of course, design, the tiny details make a difference. They can also manifest as big problems too.

If there is one thing that designers can learn from art history, it’s that not everything works the way it’s supposed to.

Movements come and go, whether because they simply don’t catch on, something better comes along or that proper consideration wasn’t given to the movement in the first place. Whatever the case there is always way to come back from mistakes or an apparent failure.

Sometimes, as history has shown us, things get misconstrued and mistranslated.

It happens from time to time and has even happened in regards to biblical imagery. There have been many images depicting Moses with horns upon his head as can be seen in such work like Michelangelo’s “Moses” and even in one of the windows in Auch Cathedral. 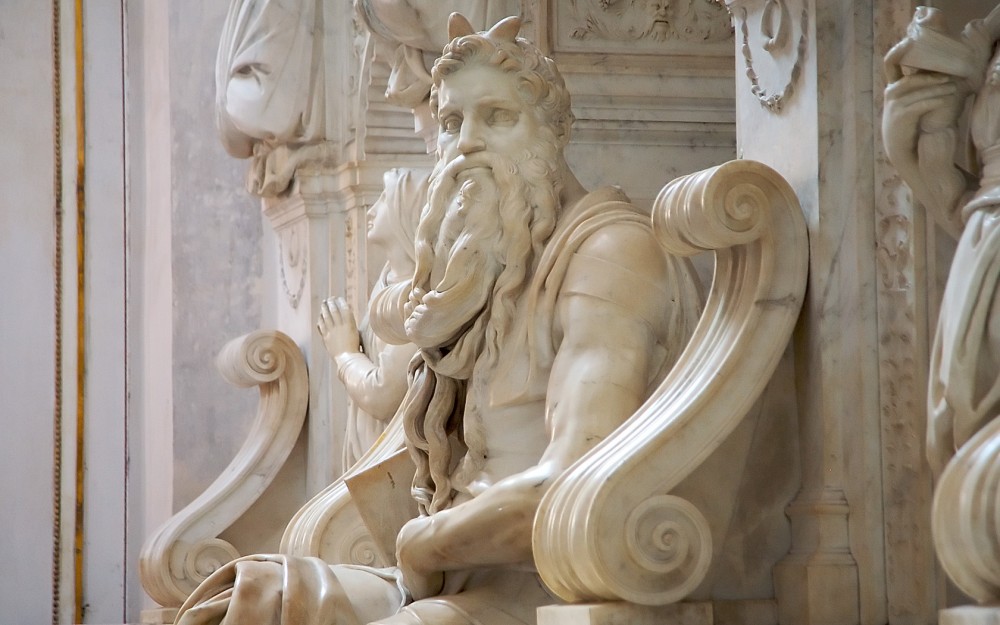 This has been thought to be the cause of a mistranslation on the behalf of Saint Jerome who had translated Hebrew into Latin for his Vulgate.

It isn’t just mistranslations of words that have caused distortions and inaccuracies in art either, a simple oversight has been the cause as well. Norman Rockwell’s “Four People Reading Stock Exchange” features a young man hunched over who appears to have three legs. Whether Rockwell just forgot to correct a line or did not notice at all, we may never know. 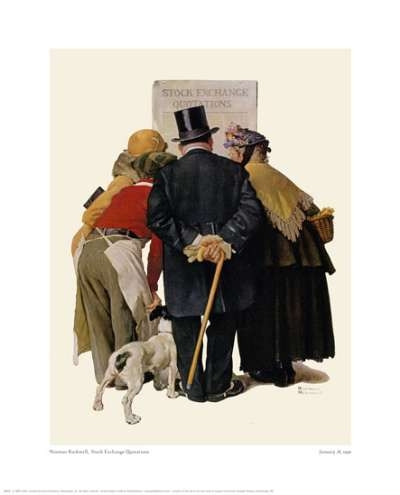 In order to avoid such mistakes web designers must remember to review their work. Read over content, go over graphics to make sure they make sense, test the code and make sure the pages work.

Doing this and having a thorough checklist will help you catch any mistakes.

It is also a good idea to have someone or a few people look over the site for you as well. They might see something that you did not.

Art has been serving as inspiration in regards to aesthetic choices for many years.

There are lessons within the history of art that web designers can surely learn from. From the reason for movements to the choice of colors and so on there is much that designers can pull from it. When you start on your next project try to look for similar elements in past art movements.

You may find yourself drawing inspiration. The Art Of The Single Page Web SiteJennifer Farley