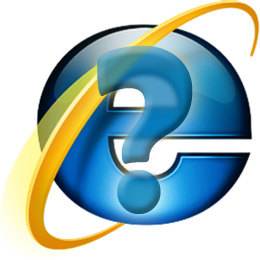 It’s a simple question: “What is a web browser?” Unfortunately, Google’s random survey in Times Square, New York, revealed that only 8% of people knew the answer. The remaining 92% of users either did not know or confused it with a search engine. Google had even more worrying concerns — the vast majority of respondents had never heard of their Chrome browser.This is a problem that directly affects web developers. We want people to use the latest browsers so we can implement new technologies and techniques without spending time coding around problems on older applications. IE6 development is particularly problematical yet it retains 20% of the market 8 years after it’s initial release. How can we encourage people to upgrade when the vast majority don’t know what we’re talking about? Those users cannot possibly comprehend the benefits of newer browsers because they’re happy with their existing software.There are deeper problems for Google. The company makes its money from search and online applications. As those systems become more sophisticated, they have become reliant on new technologies such as HTML5. Microsoft has made no firm commitment to HTML5 and, even if it is implemented, they are unlikely to provide support for their legacy browsers. Yet 65% of people continue to use Internet Explorer; they cannot run Google applications such as Wave.Google is attacking the issue on a number of fronts. They are:

However, user education remains the biggest hurdle. Google has identified that users spend more time surfing the web than driving, but they are more likely to know their car’s make and model. Few users realize they have a choice and Microsoft benefits from apathy and lethargy. Therefore, Google’s latest campaign is entitled “What Browser”; they’ve released a video and a mini-site explaining what a browser is to the Internet masses:

I like it. The video’s short, simple, to the point, and offers links to browser websites. I’m sure my parents would understand it.Will the video have a major impact? It’s unlikely. Just because someone knows about the alternatives, it doesn’t follow that they will want or use that choice. Browser differences are imperceivable to many people; IE is good enough and they see little reason to change.However, while the effect of this mini-site may be negligible, this is one small part of Google’s larger campaign. Their success depends on companies and individuals upgrading their browsers. You’d be brave to bet against them.Links: