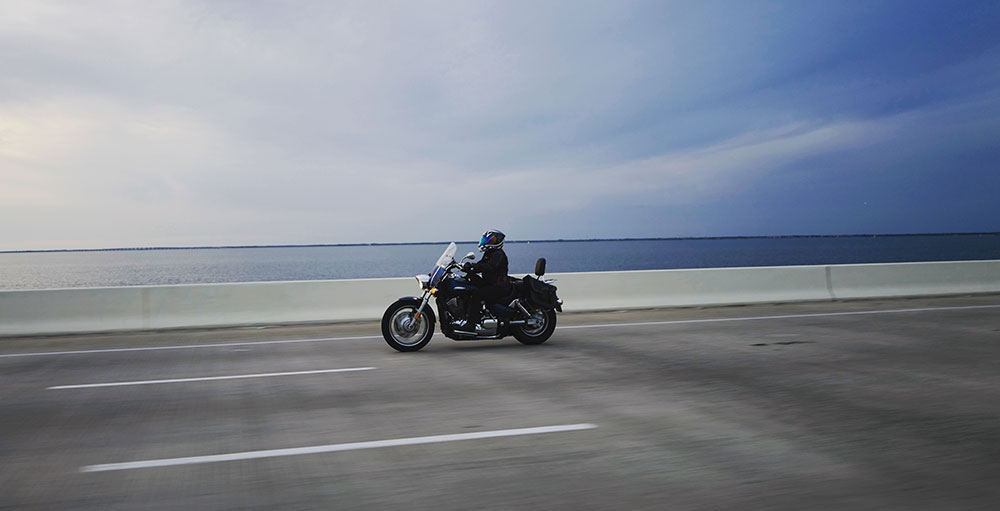 Most of the time, the creator gives in first, and if all goes according to plan, the client is happy to pay what’s owed. But sometimes you hand off the product, only for the client to speed off in their jet black motorbike and hightail it back to whatever sinister lair they crawled out of.

Here are five stories from creators who were stiffed, and what they’d say to their no-good ex-clients if they were to ever see them again. 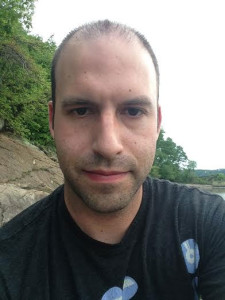 In 2006, I was living three-deep in a two bedroom Hollywood apartment, struggling to get by as a freelancer in film production. I had just wrapped up work on an independent feature film shot in a scummy warehouse in the south of Los Angeles, downwind from a slaughterhouse that would periodically vent the stench of pig death.

The production company called and offered me a job on their next feature, some B-horror movie to be shot in the same warehouse. The filming would be primarily at night and I knew we would be averaging 14-hour days, working six days per week for two weeks. They offered me a promotion from my position on the last film, along with a raise. I would be making almost minimum wage.

The producer, who vaguely resembled The Penguin from Batman, oozed shadiness. I should have known better, but they did pay me for the last film, and I had friends working on it. The production company cranked out a bad genre film almost every month. Each film had a different set of investors, directors and writers. The company would form a new LLC for each film. I went into the company’s office for a meeting where I signed a contract. They never gave me a copy of it.

The film went about as could be expected. We had Jack In The Box for breakfast every day at 3pm, and the meals went downhill from there. We struggled to meet our unrealistic schedule, and began to fall behind. At one point, one of the actors asked me, “On a scale of one to ten, how messed up is this?”

We finished the film, and even had a wrap party. A week went by and I began to expect my check in the mail. After a few days I emailed someone asking if it had been sent out. Eventually, group emails began to circulate expressing furious anger and suggesting class action lawsuits. I took to calling the producer at three in the morning, as this is what I had been led to believe was a normal working hour. He never responded. After a while it became clear the producer had no intention of paying anyone.

Eventually, a couple friends and I filed suit in Los Angeles County small claims court. The scumbag producer never showed up and the court ruled in our favor. Having a court judgment does not give you the right to forcibly enter someone’s home with a baseball bat to collect payment, so we turned the matter over to a collection agency. Now, ten years later, I’m still waiting for my money.

If I ever saw that producer walking down the street, I would probably ignore him. But if he ever tried to hire me for another project, I would hope to have a thesaurus present so I could call him every nasty name in the book. I hope he has failed in any more recent attempts to hire a crew or defraud investors. I know people like that exist in every industry. I simply wish them rapid failure with as few victims as possible. I’ve been a web designer/developer for over 10 years, and I’d like to think I’ve learned a few things here and there, one of them being how to spot a non-paying client. But every so often a client comes along and the right brain takes over the left brain, and your sense of greater good overcomes the tiny red flags that keep piling up.

My most recent non-payer was a fellow I’ll call Slim, who wanted a website for a sales business that seemed somewhat like a pyramid scheme. This was my first clue. I had my doubts about this guy, his attitude was very “I’m better than you,” and he wouldn’t let me get through a sentence without interrupting me. But I needed the work at the time, so I gave Slim a quote a good bit higher than what I’d normally charge (at least the red flags served some purpose in this case).

I did get my half upfront, started the work, trudged my way through his high-maintenance requests for three months, and then 90% of the way through the project he vanished. His phone was disconnected, emails went into the ether, and even his Facebook profile had disappeared. I gave it a couple of months, sent an invoice four different times, but nothing. Slim was gone.

The amount of money he owed me was not enough to warrant any further collection efforts, because as I’ve learned over the years, unless its several thousand dollars and you’re living in the same state, there’s no point. I went through the whole “I knew it!” rigmarole, mad at myself for knowing better and not heeding the warning signs, and then I got over it.

I’m glad that after 10 years I know to get money upfront, charge more for the questionable projects, and put clauses in my contract that an invoice will be coming after four months, regardless of whether the project is finished or not.

I like to think that Slim was working as an undercover CIA agent and the sales business was his cover. Once the shakedown was complete he was out of there, on to his next assignment. I’d like to wish Slim all the best with his next endeavor, and congratulate him on his disappearing act. It was quite complete.

Well done sir, I hope your government pension covers the karma points you lost along the way. The client was a local call center looking for more sales leads. I worked with them for about six months and met with them three times at various meetings. Everything seemed fine until they started getting behind on our payment terms (net 30). They said they just had some cash flow issues and I was totally understanding. But the partial payments they were making soon slowed to a crawl, and eventually, they stopped paying altogether.

When they stopped answering emails and phone calls, I knew something was wrong. I paused working with them but it was too late. We were not getting paid. Now I believe this was a common practice for this company.

I learned a ton from this situation. Now, my company requires payments net 30, and we charge a late fee immediately upon late payment. We also keep a credit card as a backup payment to prevent this from happening again.

If I ever saw this client on the street, I would tell them:

“Hey, you owe me a lot of money. I wish you would have been honest with me, because I could have worked out an agreement on lowering the price and kept you as a client instead.”

I think the client was afraid to be honest and ruined any chance of us working together again.

I turned them into collections and have yet to see single dollar. 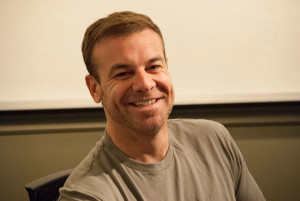 I have been in the home-improvement contracting business my whole life. My previous company, before I sold it, was a landscape design and construction firm with over 125 employees and $8 million a year in annual revenue. Over the last 15 years, I have been personally involved in thousands of exterior home improvement projects for homeowners.

A handful of those stand out as awful experiences that could have been avoided if I’d better managed the homeowner’s expectations upfront. But there was one project in particular that I still think about today.

It was a landscaping renovation project where the homeowner wanted to pay our crew hourly rather than a fixed rate, as he thought it would be cheaper than the $4,000 we’d quoted him turn-key. He was right. The total bill was $3,400.

We invoiced him several times, but he never paid anything. He ignored my phone calls and late notices. We considered taking him to small claims court, but with attorneys fees and the time sink, it wasn’t worth it.

Then, about a year later, I saw this homeowner out in public while attending my nephew’s soccer game, and as luck would have it, his son was on the opposing team.

I immediately began to walk over to him and his wife to confront him about the outstanding bill. As he saw me approaching he bounced up out of his lawn chair and walked to his car, then drove off. I asked his wife where he’d gone, and she said she didn’t know.

Anyway, in the end it was my fault. I should have never entered into an hourly agreement, because no matter how hard you or your crew members work, the homeowner is always going to feel like you could have worked faster, and documenting the time always gets lost in the shuffle. Then the mutual understanding between the homeowner and the customer goes up in smoke.

I still apply that lesson in my digital business, and the scars I got from that experience help me avoid similar mistakes when dealing with the public.

And if I had caught up to the customer that day at the soccer game, I would have said, “Hey Brad, crazy running into you. I’ve been trying to get in touch with you… my crew is actually scheduled next week to rip out those trees we installed for you!”

I just really hate that I didn’t get to see his response… but oh well.

Oh, and my nephew’s team beat the crap out of his son’s team. 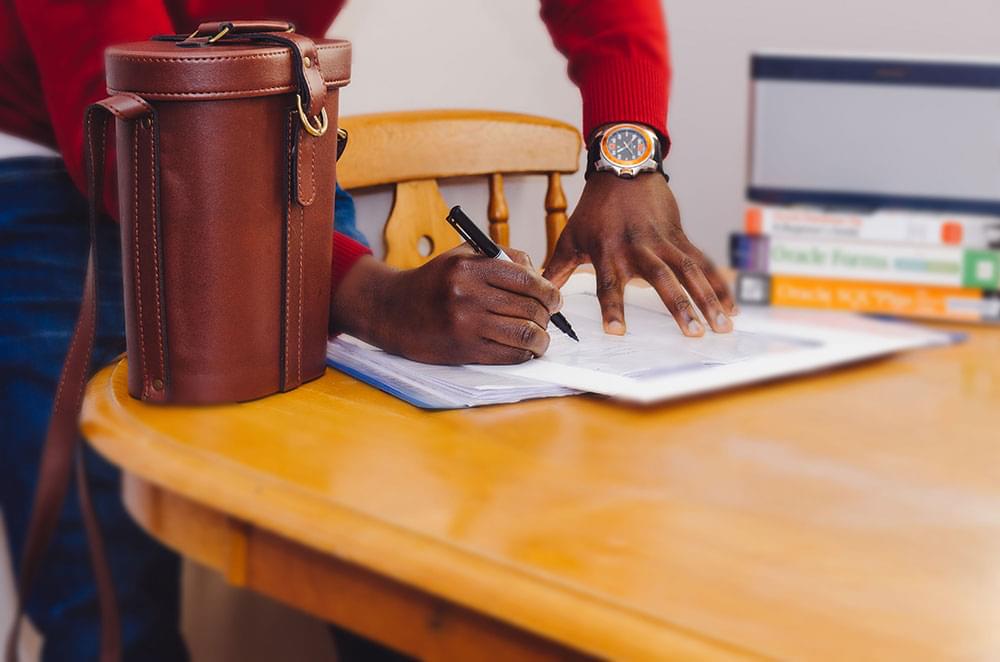