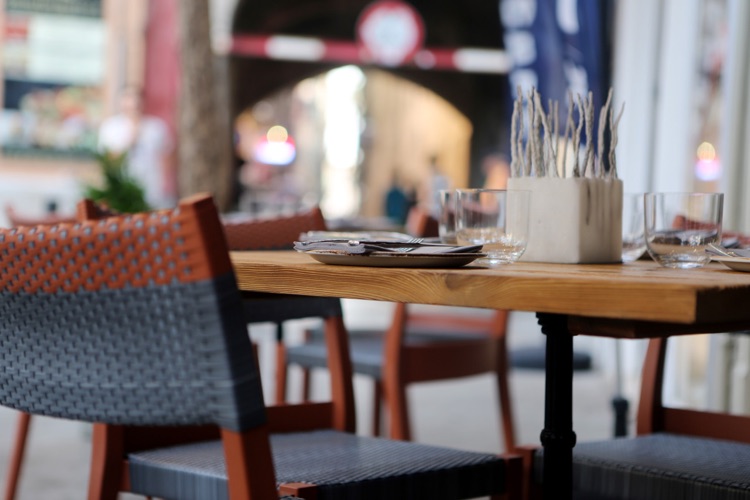 Whether you’re a location-independent digital nomad or an ordinary remote worker sick of staring at the same-color-as-yesterday walls of your home office, working from cafés can have many benefits ranging from fresh air (and other health benefits), a distraction-less environment (unless you’re working from a rowdy bar or a cat café), and of course the wonderful feeling of having a delicious meal cooked for you. *But at which point are you just being a lingering, freeloading jerk?

Café squatting etiquette is tricky, because in actuality you’re probably not lingering and you’re certainly not a freeloading jerk — this is a misjudgment of yourself that you’ll grow out of as you become more accustomed to working from a café.

*Btw: A cat café is a café where the owners have many cats who you can play with; it’s not a café where your cat can eat lunch — Google it — it’s a real thing and there are dog cafés too!

An Empty Café Is Bad News (For the Café)

Have you ever wondered why you’re always seated by the window in more formal establishments? It’s because nobody wants to eat in a (seemingly) empty restaurant, so customers are seated in clear sight to attract other customers. As long as there are available seats for new customers, you’re doing the café a favor (although if you’re flat-out freeloading in a very busy café you should leave, because that’s totally not cool).

So Why Do People Keep Giving Me Strange Looks?

People-watching is an actual thing — don’t work yourself up about it. In fact, you probably do it yourself without even realizing. Just the other day I noticed that the guy on the next table looked like Al Pacino but with Owl-like features. I decided he was called “Owl Pacino” and that’s totally normal. I think.

When Your Budget Is Low

If you’re sitting there with only a beverage, you’re not really hurting anybody, although I would consider buying a small snack or choosing a small table so that you’re not quite literally freeloading space. In larger cafés and bars this isn’t as important, but it’s courteous and respectful nonetheless. 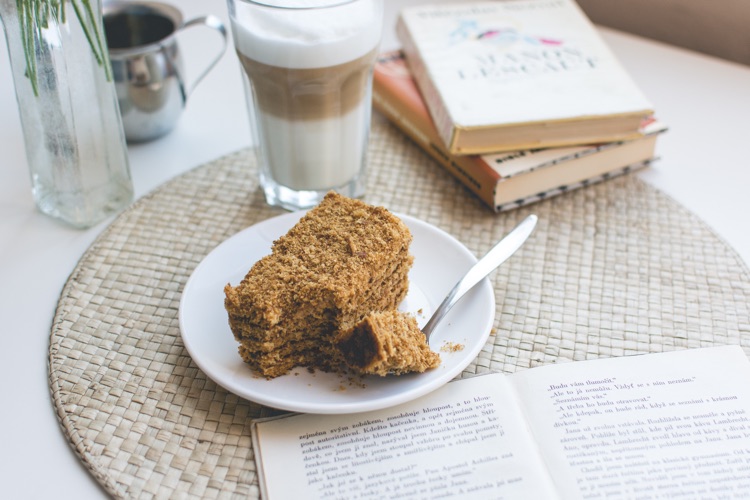 I usually think of working from a café as an expense (not for tax reasons, of course!). If you find working away from the home office massively productive, weigh up your bill against the income you earned while sitting there and try to compare that to what you may have earned while working from home (factor in the fact that you didn’t have to spend time making your lunch).

Because time is money, right?

Pubs and Bars: the Café Alternatives

It’s socially acceptable to order nothing more than a beverage in a bar (although beer snacks are pretty tasty), and there are generally more tucked-away corners to hide in. But if your beverage is warm or no longer tastes nice, you’ve taken too long with it and crossed the border over to the land of the freeloaders.

Why Chain Bars and Restaurants Are the Ultimate Win

Chain bars and restaurants generate so much revenue they mostly don’t care if you’re freeloading unless you’re taking it to the extremes. McDonald’s is probably on the highest end of that spectrum; I’ve seen folks take naps and even bring their own food to the table without staff batting an eyelid, so they sure don’t mind you taking your sweet-chilli time with your food.

Pub chains like J. D. Wetherspoons (and whatever the bar-equivalent is in the United States) are known for converting large spaces into drinking establishments; even in busy lunch hours there’s always a tonne of free tables available, and since the drinks are significantly cheaper, you shouldn’t feel the need to stall yourself to keep working there. Go nuts!

Plus, chains tend to have optimal Wi-Fi, whereas cafés, especially small ones, don’t (if they have Wi-Fi at all, that is). Saying that, being forced to have a break from the internet (ahem, Facebook and Twitter) can be hugely beneficial too!

If you’re disappointed by the apparent misconception that freelancing is fun, then maybe working from cafés and bars is for you, or maybe even something even more extravagant such as digital nomadism — the feeling of being in a different country, eating different foods in different restaurants is what keeps remote work exciting for some freelancers. That said, you should always try to be aware of how others dine, because the café squatting etiquette varies from culture to culture!

Crimes Against WordPress: How to Be a Real Jerk if You Make WordPress Themes and PluginsAndrew Tetlaw