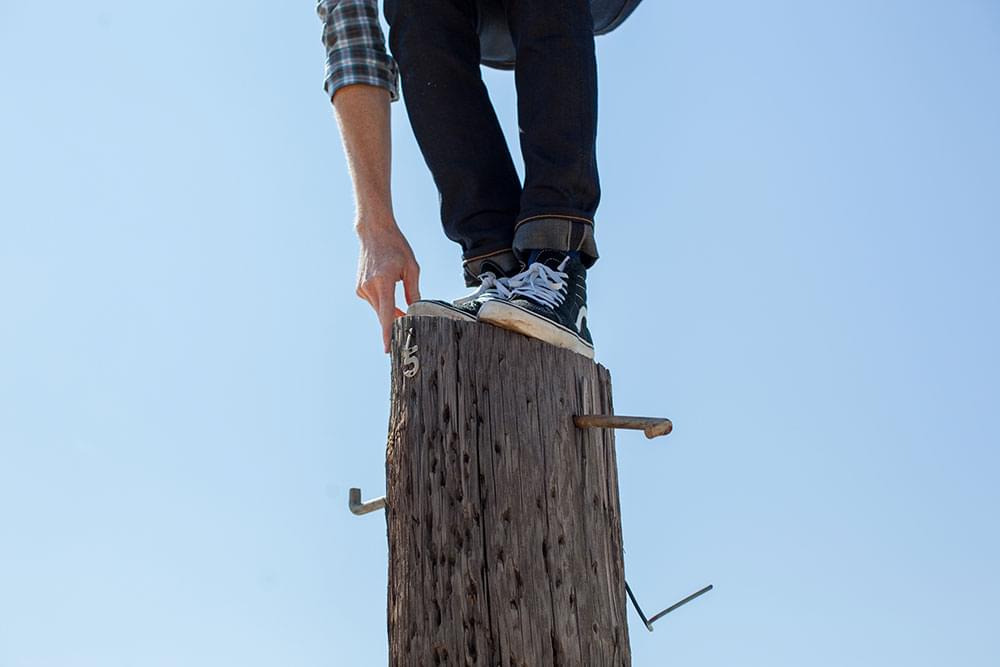 No one is born a freelancer. (“Sorry mom, this applesauce is going to have to wait. I’ve got another client who wants to change my diaper. Pencil you in for noonish?”)

Most future freelancers begin their life like anyone else. Most even start working 9-5 jobs along with their peers. But then something clicks, and they’re off to the flexible, maddening, glorious, unconventional world of hand-picked clients and easy commutes.

Let these four freelancers tell you what finally made them quit their old life and embrace something new. 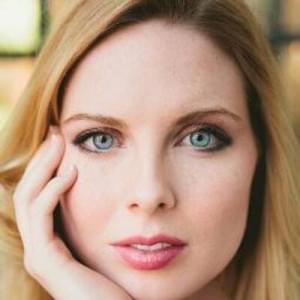 My tipping point came when I found out I was pregnant.

It’s widely known that the U.S. is the only industrialized nation not to offer paid maternity leave. Of course, larger companies can choose to use this as a benefit to attract top talent, but I was doing marketing for a tech startup — and tech startups are notoriously male-dominated in staff and culture. Needless to say, once I found out there was no paid maternity leave, there was no longer any reason I should stay.

I had been considering “taking the freelance plunge” for some time — and it was always too daunting and financially risky to me. But I had worked hard to build up my personal brand online, and had over 20.2K followers on Twitter, as well as large followings on other networks. Feeling the “strength in numbers,” I felt that I would be able to reach enough people and keep a steady flow of clients.

Truthfully, I did take quite a large pay cut going freelance. And I don’t think I would have done this if I were solo. Having a spouse/second income was a huge reason I was able to free-fall into the freelance world without too much worry. I could have survived on my freelance pay alone, but it would have been a big change in lifestyle and very scary if I were a single parent.

However, the life I lead now is epic. It’s my dream life! I went from working 8-6 in a cubicle, with management I was not keen on, feeling stressed and also under appreciated, in the hot, dusty desert … to now living on a subtropical island off the Florida coast, where I go swim with dolphins every single morning. No joke!

Since I went freelance (and since my husband’s line of work can also be found anywhere), we had nothing holding us to the desert. We had the ultimate freedom in picking a “dream spot” and making it happen. Now, my new routine is to wake up, drink a latte, schedule some social media posts for my clients, and then catch the sunrise on the beach. I swim for an hour or so, and then head home to make a big breakfast and get some personal work done. Then, I finish up any content marketing or larger projects for my clients — which usually takes me only a few hours. After that, I’m free again for the rest of the day.

On top of enjoying the freedom of place, I also enjoy my client work, because I get to choose my “bosses” and can “fire” them if it’s not an enjoyable work relationship. My stress has melted away and I’m mentally and physically healthier because of it. My meetings are scarce and often via phone or Skype — and they usually include a lot of laughter and excitement.

Now that I work freelance, I can’t imagine ever going back to a full-time cubicle job. After experiencing this sort of freedom, I think it’s nearly impossible to revert back. It’s worth taking the cut in pay in order to live a more rich, fulfilling, and stress-free life. 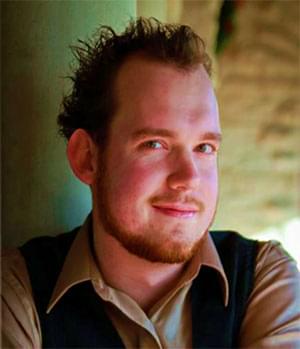 So, why did I go full time?

Mainly, because I realized the “Middle Class American Dream” was just not true.

I followed the conventional wisdom. I got an associate’s degree, then a bachelor’s degree. I was the best darn student you can imagine (A’s, 4.0 GPA, scholarships, etc.)

But when I arrived in Corporate America, wow …

The only job I could get out of college was $12.50/hour at the very bottom of the totem pole. All the straight-out-of-collegers like me were joked about by senior leadership as “the slaves,” because they regularly handed off the hardest parts of projects to us, then took credit for it themselves.

Keep in mind, this was an an INC. 500 organization!

Fortunately, I had been freelance ghostwriting at the time, writing ebooks and marketing materials for companies via websites like Odesk and Elance — and you know what?

To those clients, I was an asset — not the butt of jokes. The clients I served with my freelance services, they respected me!

And the tipping point that made me dump the day job and go full time?

That came on a day when the founder of the company I worked at (as an HR hiring specialist) marched into my cubicle and flat-out demanded I hire a new team of outside salespeople ASAP — even though I wasn’t the actual hiring manager. Those were the department heads!

What clinched my self-dismissal? When, in Scrooge-esque fashion, the owner stood there with his calculator and estimated how much money I was personally costing him by not hiring the salespeople. He left by announcing to everyone in that area of the office that I was costing him “8 million dollars a month by not doing your job.”

That’s when I realized that I had no business pursuing the Middle Class American Dream of working for 40 years in one field and retiring on a pension — no siree Bob! “Free Agent Nation” (as Daniel Pink puts it) was my future, and I left the company a few weeks later to go full-time.

Within a year, I doubled my old salary — there have been months recently where I’ve earned five times my old salary. I never could have done that if I hadn’t gone full-time! 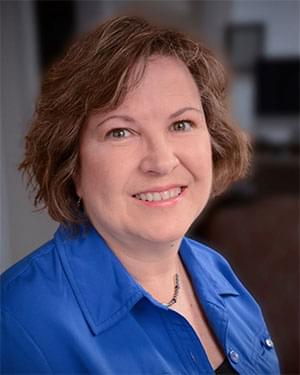 I’m a writer/editor turned content marketing strategist after years in “other jobs.” My most recent of these jobs was as an inclusive preschool director, which was rewarding, but somehow not fulfilling on an internal level. Fortunately, I’d been writing and editing on the side for a year or so, and I enjoyed that while feeling like something was missing.

The tipping point for me was that I began “randomly” pulling a card from a deck of about fifty Kaleidoscope Vision Cards and “Integrity” was inordinately chosen — probably seven out of the last ten times!

I questioned its meaning. Was I not living in integrity? Was I not truthful? What could this mean? After a few weeks it came to me: Perhaps I was not living in integrity with myself. I was not aligned with what I was called here to do — what I was good at, what came effortlessly, what helped others in a way that fulfilled me even more than my work with preschoolers, and with adults with mental illness before that.

Once I had this realization it was relatively easy to leave my job and work on my business full-time. And so I did. The End.

Just kidding. It hasn’t always been all roses and rainbows. It has its challenges, but the rewards and the potential far outweigh them. I’ve met people around the world and helped them grow their businesses with better messaging that’s true to their core purpose, conveyed with clarity and brevity, and reaching the people they were meant to serve.

I’ve never looked back. Not even a quick peek.

My advice to new freelancers: Own your value. Be true to your calling. Take the risk of doing it full on. May your only regret be perhaps not doing it sooner! 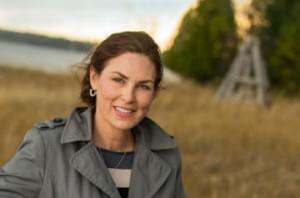 I was working for a small design firm when I decided to go out on my own. Although there were other factors, the tipping point came when the owner asked me to cold call potential clients. I thought, “Why would I do this for you when I can do this for myself?”

I proceeded to contact friends and potential clients on my lunch hours. I had always taken freelance projects on the side, so I just stepped it up and let people know I was actively looking.

At the time, I had a young son and a husband who had already changed course from a product designer, and had begun freelancing as an illustrator. His change of career made it crucial that I have large jobs set up before I jumped ship.

I was fortunate that, through a previous corporate job, I had great deal of catalog art direction experience, and those connections gave me great opportunities. One of my first projects was to design a retail catalog for the direct marketing arm of Target for the Michael Graves collection. At the same time, I had a connection to a college marketing firm that gave me a nice project. These two connections gave me the confidence and ability to begin freelancing, and keep it going for nearly 18 years now.

The way I live changed in that I work when I want to. Over the years, it’s often been long grueling hours, some stretches up to 18 hours a day, but it allowed me to go to my kids’ school programs and events without blinking an eye. It afforded me the ability to give my kids a wonderful life style (even through a divorce). I am grateful for the opportunities, but realize that none of them would have been available without the first connections made while at the catalog company. These connections are still valuable.

I will say now that I am running out of energy to market myself. I have learned a great deal, enjoyed most of what I have done, and made mistakes along the way. I took on more than I should have at times, and that was perhaps my biggest mistake.

My best advice for new freelancers is to make sure you have the ability to work for yourself, the drive, hunger and willingness to work unconventionally. Find balance. You can do anything if you believe in yourself. Use your imagination and instinct to make it happen.