Each year, Craig Buckler makes 10 predictions about the year to come, and gives himself a score for the previous year. Read on to see how he performed in 2016, and what he predicts for the web in 2017!

1. A Major Corporate Hack Will Occur

This was a dead certainty, and hacking news rolled in from January. It seems unfair to name names, but Yahoo!, the US Department of Justice, Snapchat, Verizon, LinkedIn, Oracle and Dropbox are just the start. Perhaps it would be easier to list which companies were not compromised?

Frustratingly, few attacks are sophisticated. A little care and security expertise would have prevented most. 1 out of 1 — but don’t expect this 100% success rate to last!

I predicted static site generators (SSGs) such as Jekyll, Middleman and Metalsmith would become increasingly popular. SSGs produce a fully-cached site which is secure and highly scalable. A large number of WordPress sites would benefit.

It’s difficult to measure adoption because SSGs generate plain HTML and don’t necessarily reveal themselves. Despite some attention, I couldn’t claim they went “mainstream”. SSGs are not eating into WordPress’s market, which now powers 27.3% of the web (and 58.5% of sites running a content management system).

This was another obvious forecast; no software can expect exponential user growth forever. I correctly stated Chrome would not reach 60% on desktop devices by the year end. Admittedly, 59% isn’t far off, but I’m taking the point!

Vivaldi is a powerful new browser worthy of praise. It’s reminiscent of Opera 12 — which is understandable, given it was created by ex-Opera employees.

This prediction was spectacularly vague, but Vivaldi has attracted attention even if some was caused by me. 3 out of 4 — this is going surprisingly well!

Safari has fallen noticeably behind others, despite being the only real web browser on the iPhone and iPad. Apple has committed to a few lackluster annual updates, but Safari lethargy continues to hold back the mobile web.

6. CSS Grid Layout Will Be Usable

So near yet so far. Grid layout will revolutionize web design, but it’s taken a long time to arrive and remains somewhat experimental. 2017 is far more promising.

3 out of 6 — but at least I have an odds-on prediction for next year!

Designs have become noticeably simpler and that’s no bad thing, given mobile overtook desktop web access in December 2016. That said, not everyone got the memo, and swathes of the web remain a horrible bloated experience.

I was being hopelessly optimistic, but thought increased attention on performance would have some effect. Average page weight increased 10% during 2016 and stands at 2,479KB. It seems we’re still obsessed with meaningless high-resolution photographs, underused social media integration and intrusive advertising.

9. WebAssembly Will Be a Niche Technology

WebAssembly was big news in 2015. It reduces the JavaScript payload size by compiling source to a simpler, faster-processing bytecode packaged in a compact binary file. There are some early previews, but the technology is some way from stability and widespread adoption.

This was my most controversial prediction. We have entered the third age of SEO:

That’s it. There are a few technical tricks such as placing keywords in prominent tags, creating a sitemap and monitoring user behavior, but even those have become less relevant. The explosion of fake news on social media is the SEO industry response: you can’t easily fool Google, but users are another matter …

The days of offering SEO as an expensive secret sauce for your website are over. Few people will agree with me, but I’m still awarding myself half a point. 5 out of 10 — not too shabby!

Here’s what you came for. I take no responsibility for any financial or esteem losses made by those following these predictions!

Mobile and desktop web use reached 50:50 parity in December 2016. It took longer than many predicted, but mobile growth will not stop. The primary reason: mobiles have become a disruptive technology in places where the PC revolution never took place. Billions of people in Asia and Africa are trading on smartphones in ways which are implausible in the Western world.

Is there any point designing a desktop experience when the majority of your users access from a mobile device? Responsive Web Design will remain an essential skill, but the desktop experience need not be wildly different. Simplicity will lead to greater performance and a better user experience — but I doubt page weight will fall.

3. Grid Layout Will be Usable — Really!

4. The Rise of Progressive Web Apps

If you learn one technology in 2017, make sure it’s Progressive Web Apps. PWAs can transform your site or application within a few hours to offer the benefits of both web and native apps:

There’s no guarantee Apple will implement PWA technology, but it won’t matter: your app will work in Safari without the benefits of offline execution.

5. The Demise of Native Apps

If the web can emulate native, is there any point in creating OS-specific applications? AppStores won’t die overnight, but many companies will migrate to Progressive Web Apps. Your app can finally contain whatever nudity and swearing you desire without Apple and Google demanding 30% of your profits!

6. Virtual Reality Will be a Niche Technology

Virtual Reality is a hot topic with the Oculus Rift, HTC Vine, Sony Playstation and numerous cardboard smartphone adapters vying for attention. WebVR is an experimental JavaScript API that provides access to these devices via a browser.

VR is exciting, but it remains too impractical and immersive to become a daily experience. Some games will be transformed, but the gaming and — ahem — adult entertainment industries will be the primary adopters of VR technology. Few will strap on a headset to view virtual products on your website.

7. … but Augmented Reality Will Fare Better

Augmented Reality is a more exciting prospect. The overlaying of information on smartphone displays has become essential for travelers and Pokemon Go obsessives. In-car systems and Microsoft Hololens will be available during 2017, and I expect Google to revive their Glass project if those products are successful.

8. The Browser Market Will Remain Static

Chrome has won. Usage won’t change significantly during 2017, and competitors will continue to struggle. Firefox should remain above 10%, and many IE users will switch to Edge as they upgrade Windows. Safari is being propped up by iPhone and iPad sales, but Apple’s future fortunes are less certain.

9. Your Framework Will Be Superseded

It doesn’t matter what framework you’re using: something better will arrive in 2017. In the fast-paced JavaScript world, Angular received most attention in 2015, React took over in 2016, and 2017 looks promising for Vue.js and Svelte.

The majority of frameworks dictate a way of working based on today’s web challenges; they don’t necessarily align with the requirements you’ll have tomorrow. Use a framework, by all means, but recognize that it can never be the optimum solution for all tasks, and its lifespan is limited.

10. Encryption is the New Ad-Blocking

Ad-blocking technologies were available in the late 1990s, but reached a mainstream, non-technical audience a few years ago. Demand for encryption software and services will undergo a similar transformation, following increased hacking activity and the public’s mistrust of government and large corporations.

Some will consider this a bad thing: those with nothing to hide have no need for encryption. However, having nothing to hide is not the same as revealing everything to everyone. It’s going to be an interesting few years …

Are these predictions correct? Do you foresee other certainties? Happy New Year! 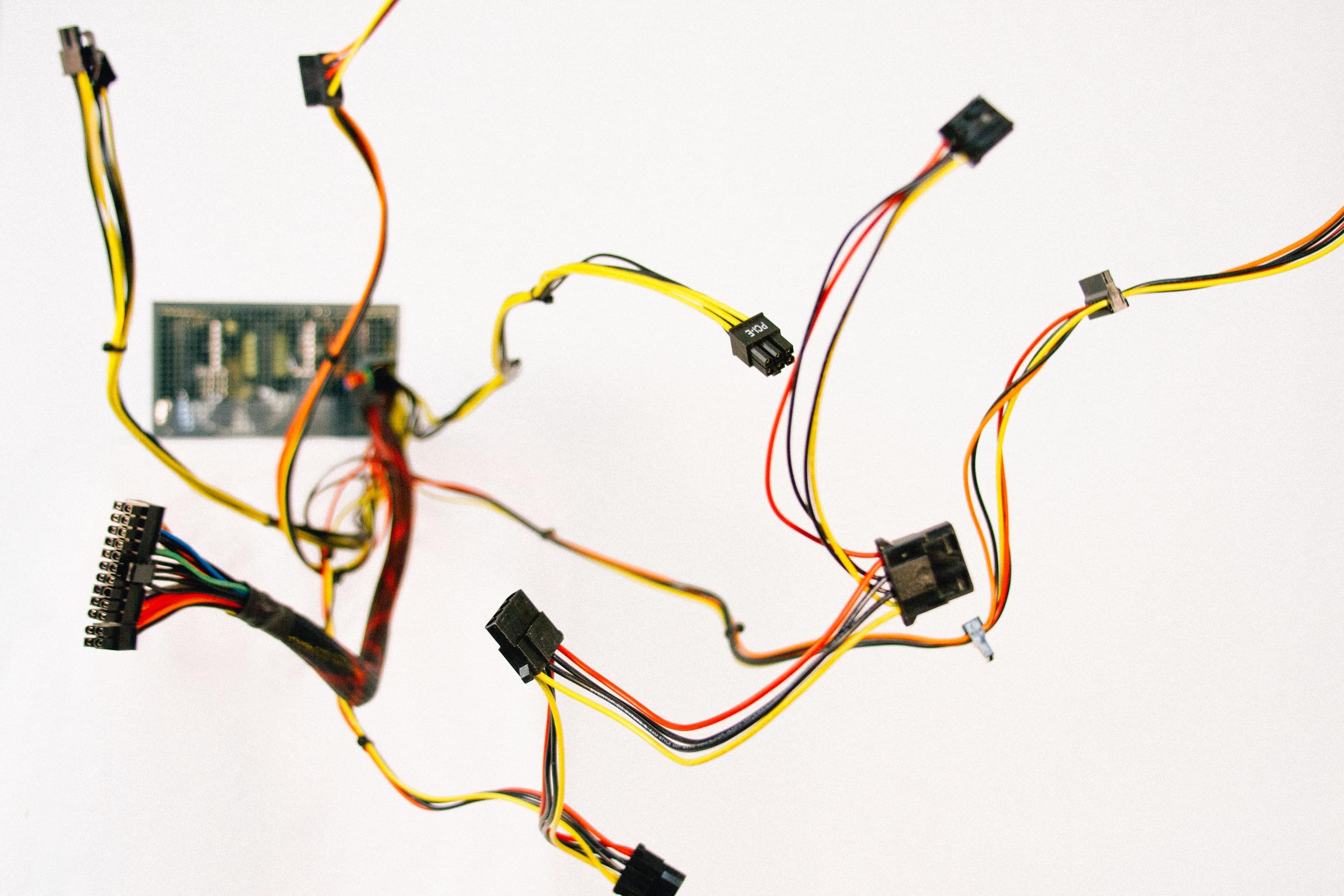 10 Web Predictions for 2014: The Results!Craig Buckler