The web development world is vastly overpopulated by newbies, especially in easy-entry languages like PHP. The percentage of people who tack on “PHP dev” to their CVs after having been only through a single tutorial or having built a single WordPress blog, is shockingly high. When big-shot CEOs outsource their production to the cheapest freelancer they can find, it’s no surprise the project fails or gets delayed into infinity.

This unhealthy loop is a big part of PHP’s bad reputation, because bad practices propagated by bad resources and bad developers persist in the modern world which, effectively, outgrew them. We can’t keep the newbies away, and we can’t educate the clients because most clients learn exclusively on mistakes.

Shared host environments are also to blame, because their plans seldom include the most recent version of PHP, and are, due to price and ease of use, still the preferred hosting solution for legions of newcomers. So what can we do to spread best practices?

PTRW is a community effort, a website built entirely around spreading best up-to-date PHP practices. It’s far from exhaustive – instead, it tries to bullet-list the things you should pay attention to, and links to quality resources where one can learn more about the various aspects it covers.

The site is regularly updated and accepts pull requests through GitHub. It’s available in several languages, and covers topics ranging from Vagrant and the built-in PHP server, to containers, dependency injection, proper password hashing, and more.

To help spread the word of proper PHP, read through the site and share it with everyone you know that as much as dabbles in PHP – the net gain is immeasurable and the lives of developers and clients both will profit from it greatly.

Those more knowledgeable among you might be wondering why I’m writing about PTRW now, if it’s been around for years. It’s because PTRW recently got published as a book on Leanpub. 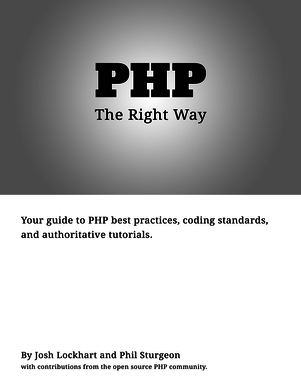 The Book and EFF

The book is little more than the printed and edited PDF version of the site. It’s a 50 page manuscript with 40 pages of content you can consume, and is identical in every regard to the PTRW site as it stands at the time of this writing. Why, then, would anyone purchase it?

The book is “pay-what-you-want”, even if you don’t want to pay anything. It can be downloaded free of charge, no strings attached. However, should you decide to purchase the book (i.e. pay any sum before downloading it), 100% of the proceeds go to EFF, the Electronic Frontier Foundation. 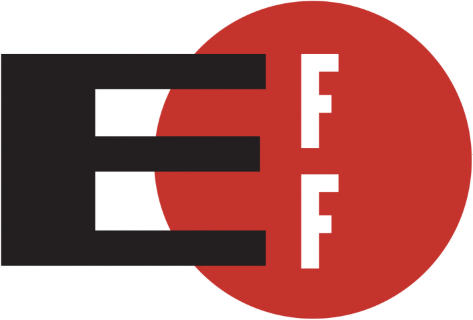 Defending your rights in the digital world

EFF is a donor funded non profit organization consisting of tech, legal and other experts. These experts come together and fight for the individual and the public in court cases against digital rights oppressors such as the US DOJ or Apple and similar. Every donation sent their way makes a new court victory possible, and helps keep one of the main defenders of our digital lives in operation. While the EFF is, unfortunately, very much US-oriented, every victory on American soil makes similar victories in other parts of the world possible, by providing local digital rights defenders with good arguments reusable elsewhere.

The book is authored by the community, but the main drivers of the compilation and editing effort are Phil Sturgeon and Josh Lockhart. While you can get to know them at their respective websites/twitter accounts, Phil was kind enough to lend me a couple minutes of his time and answer some questions about the actual book:

PTRW is a valiant effort in making sure we’re all in sync when working with PHP. It’s a good starting point for any new PHP enthusiast, and should be the first stop of their PHP journey. Now in book form and backing a powerful cause, PTRW should contribute to the betterment of the digital world even more. Help the cause by spreading the word, contributing to the site or donating even the smallest amount – the community appreciates it.