This article is outdated, check out what’s new in WordPress 4.6 here.

If you haven’t upgraded to WordPress 3.7 yet, don’t bother — WordPress 3.8 is available to download now.

Since this is a major revision, you’ll need to manually upgrade rather than rely on an automated update. That means logging in and hitting “Upgrade”. Remember to back-up your files and database first. I would also recommend checking plug-in and theme compatibility in an offline version of your site too.

Version 3.7 changes were primarily under the hood but WordPress 3.8 introduces more obvious updates. The whole administration interface has been overhauled…

At first glance, I thought it was reminiscent of earlier versions of WordPress but look around and you’ll notice several interesting changes: 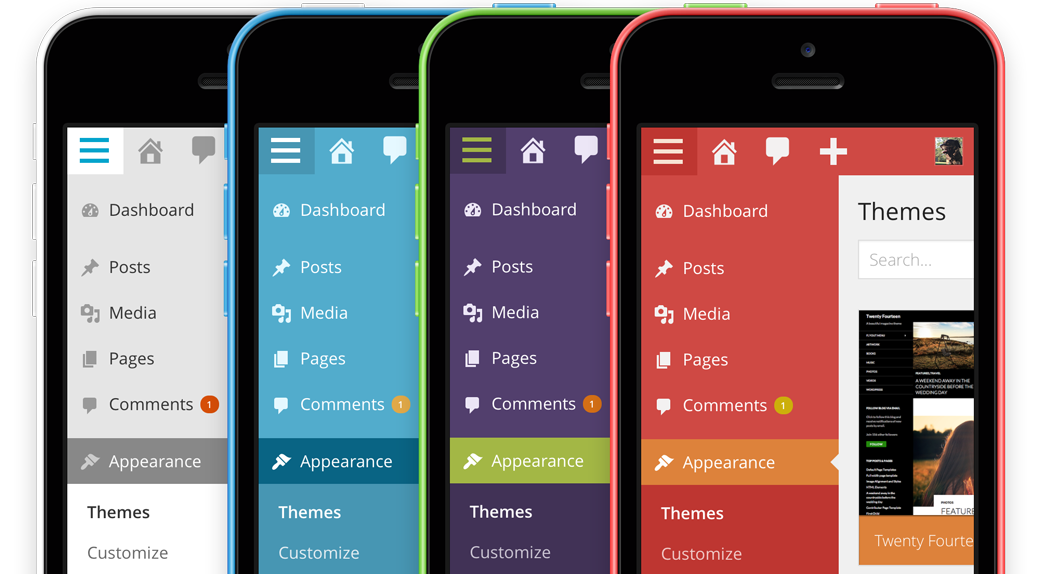 The interface is noticeably faster than previous versions. Most pages weigh in at less than 300Kb (compressed) with the bulkiest rarely exceeding 500Kb. I suspect it could go a little further if the team switched from JavaScript-based animations to CSS3 but it remains impressive.

Smartphone and tablet access has been significantly improved. I recommend you try it. In my opinion, it’s superior to native iOS and Android WordPress apps which rarely work as you expect or support plug-in functionality.

As you would expect, the layout is fully responsive. Important content links on the home page can be featured in a grid or slider view. You will require some work to make the best of it, but theme and widget management is better than ever.

Other changes are fairly minor or bug fixes. A full list of all updates can be viewed at codex.wordpress.org/Version_3.8

WordPress is currently used by 20.9% of all websites. Of the sites using a CMS, WordPress accounts for almost six in ten installations. Version 3.8 feels faster and fresher than ever; can any other application ever hope to match its success?

How to Build a Better Tag Cloud in WordPressCraig Buckler