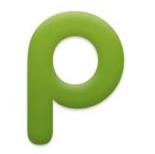 Google announced last week that they had acquired the web-based photo-editing app Picnik. Picnik started in 2005 and was one of first online photo-editing sites.

It’s a very busy site, with almost 40 million visitors each month. On the company blog, a clearly very excited staff member (and why wouldn’t they be?) said:

What does this mean for you Picnikers? Nothing is changing right away, but Picnik now has more potential than ever before. The team that built Picnik from the grass up will continue making advanced and powerful photo-editing easier, more intuitive and more fun, so stay tuned to hear about all the cool new stuff we’re working on.

Picnik lets users edit their photos online then post them to social networking sites such as Flickr, Facebook and Picasa. Users can avail of a basic service which is free, or the premium service which costs $24.95 per year. Google already owns Picasa so it looks like it’s positioning itself to be chief of the online photo world. Picnik’s competitors include Photoshop.com and Aviary who just recently made all of their online graphics apps available for free.

We’re not announcing any significant changes to Picnik today, though we’ll be working hard on integration and new features. As well, we’d like to continue supporting all existing Picnik partners so that users will continue to be able to add their photos from other photo sharing sites, make edits in the cloud and then save and share to all relevant networks.

So no changes to speak of yet, but it will be interesting to see what comes down the line. Picnik was bought for an undisclosed sum.

Are you a Picnik user? Any thoughts on Google’s new acquisition?