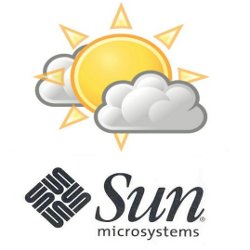 Today, Sun Microsystems announced its variation of “virtualizing data”. According to the news, Sun will release a set of open application programming interfaces aimed at developers, students and Web startups. In the ongoing battle for viable virtual computing, being waged with terms as much as technology, Sun Microsystems follows the trail blazed by Amazon and Google.

Sun’s “cloud computing” strategy appears to be driven by flexibility versus its competitors Google and Amazon. By comparison, the Amazon EC2 system for example is primarily a Linux based platform, while the new Sun variant runs across OpenSolaris, Linux or Windows, and is compatible with Amazon S3 APIs too. Adding drag and drop simplicity further delineates Sun’s interface, and strives to give developers a true development data center. With pre-packaged Virtual Machine Images (VMIs) via Sun’s open source software, Sun’s approach appears to simplify developmental deployments within the Sun cloud matrix of services.

Sun’s announcement at the CommunityOne East developer event in New York, further highlights even more competitiveness within the space. Sun taking on Google and Amazon, combined with Cisco’s hardware engagement of IBM, Dell and HP with their Unified Computing System announcement on Tuesday, shows former collaborators competing within the space on every level.

Sun, like many of the other players, is finding it increasingly difficult to sell their server hardware. With Cisco, and a score of other big players making their own way with hardware, Sun’s only logical strategy is to answer with their own variation of cloud services. In the news from AP, Sun’s Chief of Technology Lew Tucker described their strategy ironically suggestive of one we mentioned the other day:

Sun believes there are bigger profits in selling the technology to companies that want to provide cloud services themselves, or to large corporations that want cloud services for its employees but refuse to surrender their most sensitive, proprietary data.

The fact of the matter is that all these companies have contingencies for balanced, full integration, and even no integration with the cloud at all. Regardless of the system or the motivation, new tools and services for the people who work with data should be our concern as developers, As for the larger issues of viability, I expect the market will dictate this more than our pondering. However, it is clear that competitiveness between former collaborators is heating up even in what might be considered speculative markets.