In this article, we’ll take a look a bit closer at Angular 2 components — how they’re defined, and how to get data into them and back out of them.

This is the second part in the Angular 2 series. You can read part one here. We covered the basic idea of components and decorators in an earlier article, and have specifically seen the @Component and @View decorators used to build an Angular application. This article dives in a bit deeper. However, we can’t cover everything about components in a single article, so future articles will take up other aspects of Angular 2 components.

The code for this article and the other articles in the series is available as in the angular2-samples repo. You can also see the samples running at: http://angular2-samples.azurewebsites.net/.

Although it’s possible to write Angular 2 applications in ECMAScript 5 (the most common version of JavaScript supported by browsers), we prefer to write in TypeScript. Angular 2 itself is written in TypeScript and it helps us at development time and includes features that make it easier for us to define Angular 2 components.

In particular, TypeScript supports decorators (sometimes referred to as “annotations”) which are used to declaratively add to or change an existing “thing”. For example, class decorators can add metadata to the class’s constructor function or even alter how the class behaves. For more information on decorators and the types of things you can do with them, see the proposal for JavaScript decorators. Angular 2 includes several decorators.

As we’ve covered in an earlier article, Angular 2 components are the key building block for Angular applications. They include a view, defined with HTML and CSS, and an associated controller that implements functionality needed by the view. The controller has three major responsibilities:

Depending on your background, the above list might sound familiar. In fact, the Angular component controller sounds very much like the original definition of a view model as defined by John Gossman in 2005:

The term means “Model of a View”, and can be thought of as abstraction of the view, but it also provides a specialization of the Model that the View can use for data-binding. In this latter role the ViewModel contains data-transformers that convert Model types into View types, and it contains Commands the View can use to interact with the Model. — Source (captured 11/27/2015)

Because Angular 2 components aren’t native JavaScript entities, Angular provides a way to define a component by pairing a constructor function with a view. You do this by defining a constructor function (in TypeScript it’s defined as a class) and using a decorator to associate your view with the constructor. The decorator can also set various configuration parameters for the component. This magic is accomplished using the @Component decorator we saw in the first article in this series. 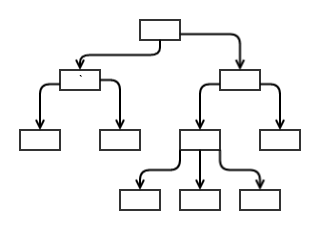 Each box is a component and technically this representation is called “graph” — a data structure consisting of nodes and connecting “edges.” The arrows represent the data flow from one component to another, and we can see that data flows in only one direction — from the top downwards to descendants. Also, note there are no paths that allow you to travel from one node, through other nodes and back to the one where you started. The official name for this kind of data structure is a “directed acyclic graph” — that is, it flows in only one direction and has no circular paths in it.

This kind of structure has some important features: it’s predictable, it’s simple to traverse, and it’s easy to see what’s impacted when a change is made. For Angular’s purposes, when data changes in one node, it’s easy to find the downstream nodes that could be affected.

This works fine for simply displaying data, but in the real world data will need to flow the other way — back up the hierarchy — such as when a user edits a row. In that case, the row needs to tell the table component that the data for a row has changed so the change can be sent back to the server. The problem is that, as diagrammed above, data only flows down the hierarchy, not back up. To ensure we maintain the simplicity of one-way data flow down the hierarchy, Angular 2 uses a different mechanism for sending data back up the hierarchy: events. 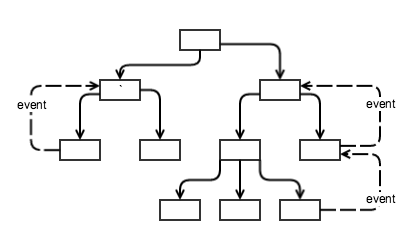 Now, when a child component takes an action that a parent needs to know about, the child fires an event that’s caught by the parent. The parent can take any action it needs which might include updating data that will, through the usual one-way downwards data flow, update downstream components. By separating the downward flow of data from the upwards flow of data, things are kept simpler and data management performs well.

With that high-level look at Angular 2 components under our belt, let’s look at two properties that can be passed to the @Component decorator to implement the downward and upward flow of data: “inputs” and “outputs.” These have sometimes been confusing because, in earlier version of the Angular 2 alpha, they were called “properties” (for “inputs”) and “events” (for “outputs”) and some developers were less than enthralled with the name change, though it does seem to make sense: https://github.com/angular/angular/pull/4435.

“Inputs”, as you might guess from the hierarchy discussion above, specifies which properties you can set on a component, whereas “outputs” identifies the events a component can fire to send information up the hierarchy to its parent. 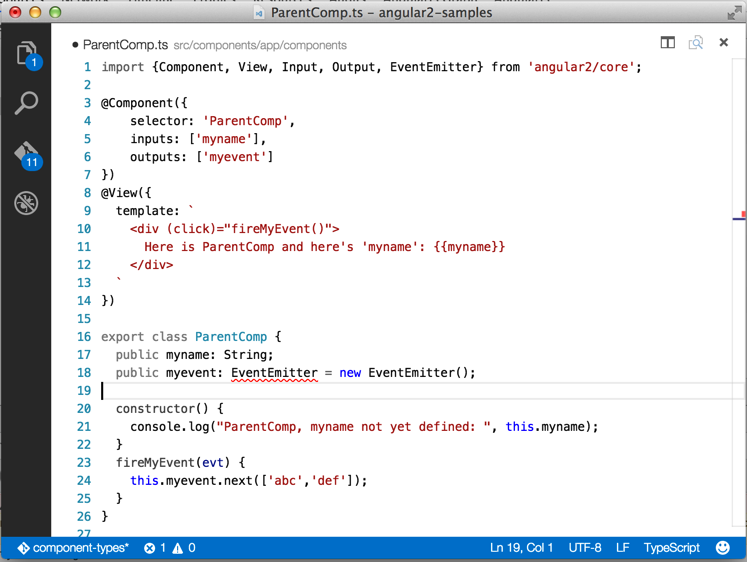 Figure 1: A component that uses “inputs” and “outputs” properties in the @Component decorator

There are several things to notice with regards to inputs and outputs above:

Now that we’ve looked at how to define “inputs” and “outputs” in a component, let’s see how to use them. The template for the CompDemo component uses the ParentComp component: 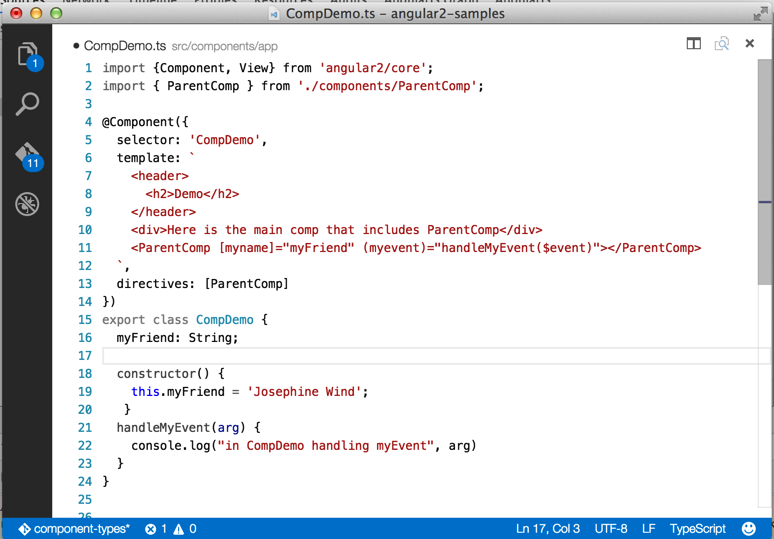 Figure 2: This component uses the input and output defined by ParentComp

The syntax is pretty straightforward for using “ParentComp”:

If you try to set a property on ParentComp without specifying it as an input property, Angular won’t throw an error, but it also won’t set the property. The above pattern — passing data in through an “input” property and sending data out through an “output” event — is the primary way to share data between Angular 2 components. We’ll see in a future article that we can also share data between components by defining services that can be injected into components, effectively giving us a way to share data or functions between components.

There is an alternative syntax available to define input properties and output events in a component. In the example above we used the “inputs” and “outputs” properties of the object passed to the @Component decorator. Angular also lets us use an @Input and @Output decorator to get the same result: 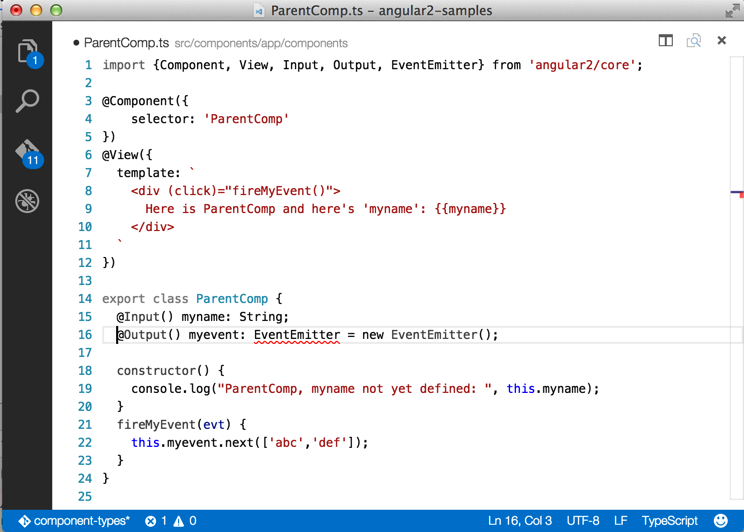 In the above version of ParentComp, we dispensed with the “inputs” and “outputs” properties of the @Component definition object. Instead, we added “Input” and “Output” to the import command on line 2 and used the @Input and @Output decorator in the ParentComp class to declare “myname” and “myevent.”

Whether you use inputs/outputs or @Input/@Output, the result is the same, so choosing which one to use is largely a stylistic decision.

In this article, we’ve looked in more depth at Angular 2 components, how they relate, and how you pass data into them and how to get data back out. We’re still only scratching the surface in terms of components; they’re arguably the major feature of Angular 2 and are involved in every aspect of designing and building Angular 2 applications. In future articles, we’ll continue to explore Angular 2 components by looking in more detail at Angular services as a way to re-use code and encapsulate key functionality.

David is a consultant with DevelopIntelligence and Senior Developer at Salesforce’s Desk.com working with Angular technologies on Desk’s NextGen support application. He is currently working on a team that is developing an entirely new set of features for Desk built on Angular components with initial release planned for 2016. He spends his free time doing what his wife tells him he will enjoy doing which often includes spending time with the family (which he does in fact enjoy). He is also one of the authors of Angular 2 in Action. 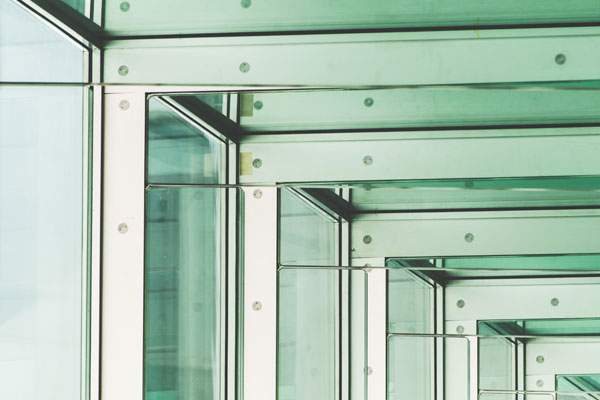 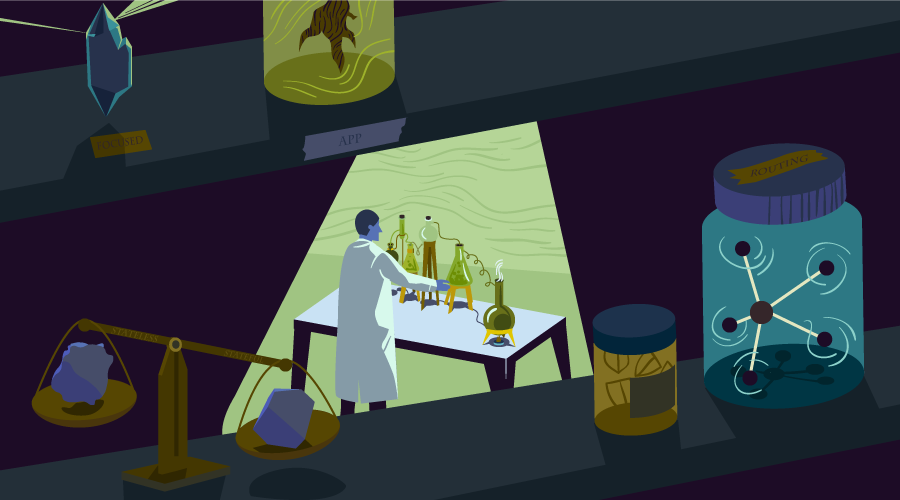 Upgrade Your App to Angular 1.5 Components and Beyond!Jay Raj