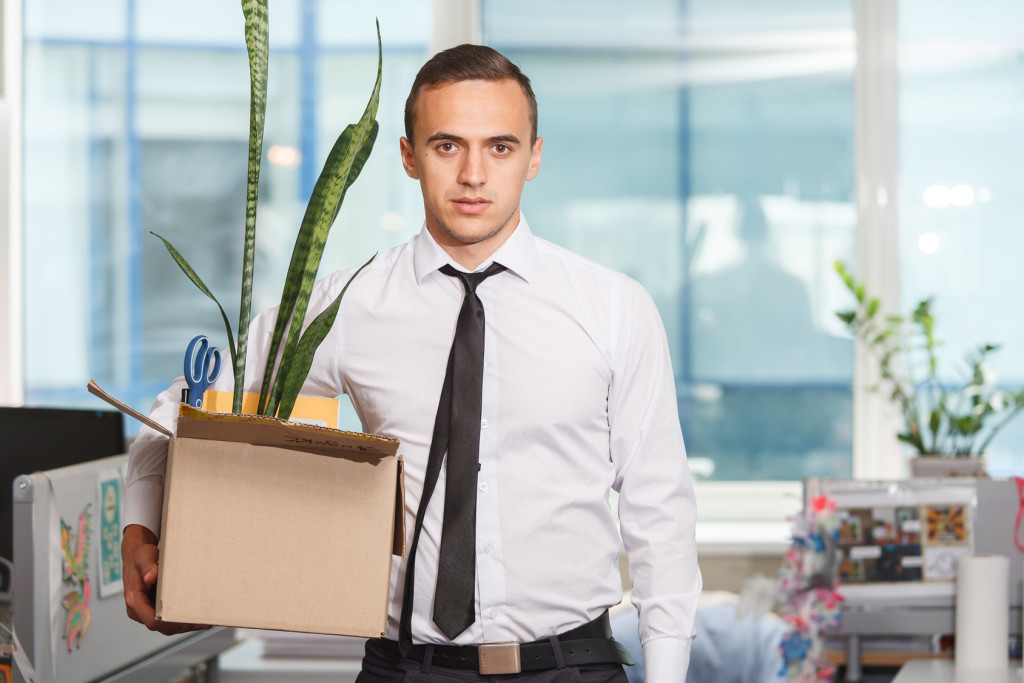 Almost every manager says firing people sucks. Not only is it painful to tell someone he or she has lost the job, but it also means you have to go through the time-consuming and expensive process of interviewing, selecting, and onboarding a replacement.

But here’s the thing: For your startup to succeed, you may need to adopt a policy of “firing fast.”

You’ve probably heard of (and even implemented) the “fail fast” concept. It goes along with the hugely popular Lean methodology, which emphasizes constant iteration, cost reduction, and a singular focus on meeting customer needs.

“Firing fast” is a complementary idea. Basically, it says that to keep your team efficient and unified, you have to remove sub-par performers as quickly as possible.

Why “Firing Fast” Benefits Everyone

However, here’s why in the long reason everyone is better off:

In a recent Startup episode, co-founder Matt Lieber told one of Gimlet’s investors that they haven’t fired anyone–and the investor found that worrisome. That’s because it means there are probably some poor performers within the company who are slipping through the cracks.

When to Fire Someone

So, how do you know when it’s time to fire people?

What about people who are “just okay”? At Netflix, managers use a simple test to determine whether or not to fire someone. They ask themselves, “If this person was leaving to go work at a competitor, would I fight to keep them?”

That’s a pretty high bar. Yet all you have to do is look at Netflix’s share prices to see how well it has served the company.

Finally, don’t confuse “firing” people with “laying them off.” Lay-offs are about as impersonal as removing someone from your company gets; they occur because the organization doesn’t have enough money, work, or need for a person.

Every state (with the exception of Montana) lets employers use an “at will” employment policy. You can legally fire someone at any time. You don’t have to have a “good reason” (or any reason at all), but of course, there are a couple of illegal reasons:

In general, you should expect to pay unemployment benefits for every employee you fire. There are only a couple situations in which you aren’t on the hook for unemployment.

If employees file for unemployment benefits and you believe they fit into one of the above categories, you can contest their claim with your state’s unemployment office. But it’s generally advised that you don’t fight claims–doing so is time-consuming, expensive, and messy.

When you actually fire people, you’re legally obligated to tell them they might be eligible for unemployment.

Companies who employ more than 20 people are required by federal law to offer terminated employees a temporary extension of their healthcare coverage through COBRA, a federal program. (If you have less than 20 people, you’ll need to check your state’s individual labor laws; most states will still require you to pay for health insurance.)

Continued coverage for terminated employees typically lasts 18 months, or until they get a new job and come under that employer’s health plan.

You’re not legally obligated to provide employees with severance pay. However, if you want to end the relationship on a good note (or at least, as good as possible), you can give them severance.

Companies also offer severance packages in exchange for an agreement the employee won’t sue. Even if you’ve done absolutely everything right when terminating someone, it’s usually easier to have him or her sign a full release of claims than go through a long legal battle.

Lastly, if the person’s employment contract discusses a severance pay, you are required to pay it. While severance provisions are de rigueur for the professionals at the highest rung of the corporate ladder, they’re a lot less common for entry- and mid-level employees.

How to Fire Someone

“Firing fast” does not mean that you decide on Monday afternoon someone’s not a good fit so you fire them on Tuesday afternoon. You should always give employees a chance to improve before terminating them. (Unless, of course, they’ve done something unpardonable and a change in behavior won’t affect your decision.)

And before we dive into the details, note that you should be faithfully documenting every step of this process: when you’ve met; what you’ve said; specific examples, observations, and data to show your employee’s sub-par performance; and any written or email correspondence going along with these verbal exchanges.

As soon as someone’s behavior or performance is concerning you, immediately schedule a meeting to discuss the problem.

Say something along the lines of, “(Name), I’ve been concerned lately about…”

For example: “Heidi, I’ve been concerned lately about your ability to collaborate with the other members of your team.”

Then, give some specific examples. Highlighting specific situations will help your employee know exactly what to fix. Plus, you’ll avoid generalizing statements such as, “You always…” or “You never…”

In our hypothetical situation, you’d say, “When Joe attempted to give you feedback on the wireframes, you responded aggressively and didn’t let him finish. You were also unreceptive to comments during the meetings with the engineering department.”

Clearly show why the employee’s performance change is necessary by connecting it to the organization’s health, like so:

“It’s really important for our team to be able to work cohesively, since we’ve got such tight deadlines from the clients.”

Then, give your employee an objective and a deadline. You might say, “I’d like to sit down again in two weeks. In that time, I’d like to see both the quantity and quality of your work improve, specifically in these regards…”

Providing a very specific threshold for success removes the subjectivity from the process. It also gives the employee something concrete to work toward, which is much more helpful than vague statements like, “You need to work harder,” or “Please adjust your attitude.”

You should also make the consequences clear, so the person doesn’t feel blind-sided down the road: “If this goal isn’t met, then a termination is likely.”

Finally, during this meeting it’s helpful to ask, “Is there anything we could do to make you more successful?” The reply might turn up some actionable insights for improvement on your end.

(And it is possible that it’s not the employee, it’s you!)

That brings us to the second meeting. Since you’re trying to streamline this process, it’s important that you stick to the objective you set earlier.

When you meet with the employee again, say either, “Thank you for listening to and incorporating my feedback,” or “Unfortunately, you weren’t able to meet the goal we set.”

Most “firing fast” advocates will advise you that, if it’s the second case, you should fire the person in the same meeting. Alternatively, you can have multiple meetings and multiple benchmarks before you choose to terminate an employee. It really depends on you, the employee, and the status of your company.

If you suspect this person will never work out, but you want to “give them a chance,” so you string the firing process out over several months, well, that’s bad for you and them. If, on the other hand, this person has all the skills and characteristics necessary to be amazing–but for some reason just isn’t performing–it’s probably worth investing a little more time and energy into trying to turn them around.

It’s considered good practice to have a second person in the room: if the termination doesn’t go smoothly, or if your employee later accuses you of saying something you didn’t, this second person can act as a witness. While traditionally it’s a member of the HR team, most startups don’t have a dedicated HR department–so opt for a senior employee.

You’ll also need to bring a copy of the employee’s termination letter, which should include the objective reasons and details of the termination. (It should align pretty closely with your notes from the previous meetings.)

Finally, before going in, remind yourself to be kind. This conversation will be really tough for you, but it’ll ten times more difficult for the person sitting across the table.

Once the meeting has begun, don’t delay the news. You should open with the employee’s termination:

“(Name), thank you for your work with (company). When we last met on (date), we set some milestones that you needed to reach to keep your position here. While I appreciate your efforts, those milestones have not been met.”

Then, discuss the logistics (final paycheck, health insurance, severance pay if applicable, company property, etc.), and have them sign the termination document saying they understand.

If the person starts to argue with you, don’t engage! Your decision is final, so getting into a heated back-and-forth over its validity is completely non-productive. The best you can do is listen and nod.

Signal that the conversation is over by standing up. If the person is visibly upset, consider saying, “You’re more than welcome to stay in here while you collect yourself.”

After this meeting is over, let the rest of your team know what’s going on. The key is to be honest and straightforward without violating your former employee’s privacy.

The right way to announce a departure: Unfortunately, this was [name’s] last day. We’re aiming on hiring a replacement [by specific date, as soon as possible, etc.] In the meantime, [employee] will cover their responsibilities. And if you have questions about [X], you can contact [employee].”

The wrong way: Hannah was fired because her work ethic didn’t meet our standards.

The wrong way #3: Several days later So, some people have been asking why Ravit’s been gone and his desk has been cleared out… Yeah, we let him go.

The silver lining to this somewhat unpleasant task? As I talked about before, a justified termination will actually boost your staff’s morale.

After you’ve let someone go, you get to have a much more enjoyable conversation: the “You’re hired!” one. Check out the founder’s guide to hiring employees. 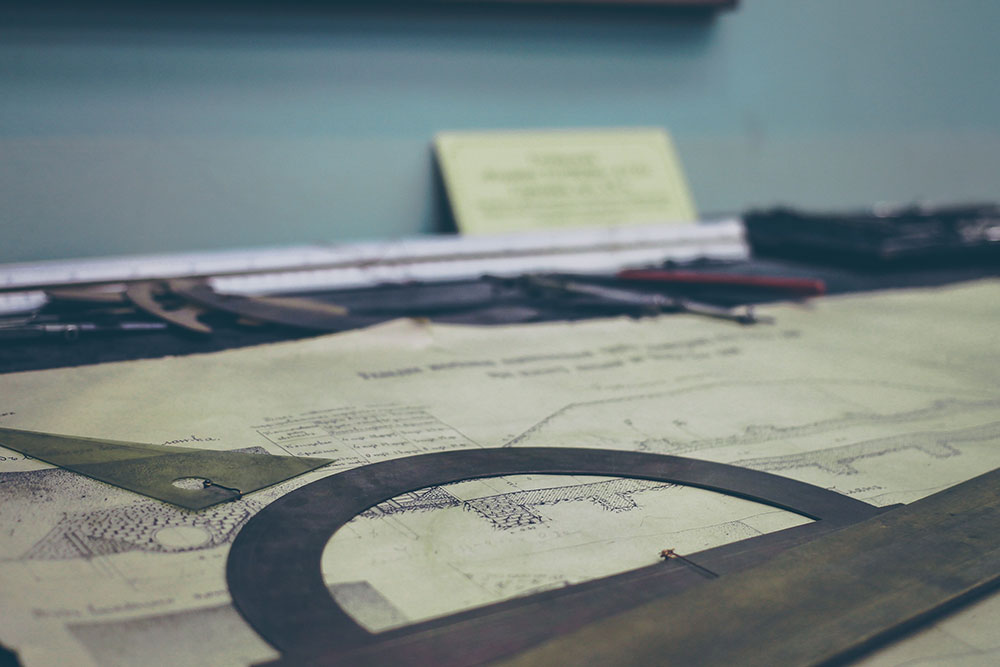 10 Reasons Perfectionism Could Be Hurting You & The SolutionAndrew Lau

10 Sleep Mistakes that Could Be Hurting Your ProductivityRebeka Bergin

Would You Trust Someone Else With Your Job?Sarah Hawk