BulgariaPHP is a PHP conference consisting of one workshop day, and two talk days with two tracks each. Just like last year, this year’s conference happened in the SEC (Sofia Event Center) in Sofia, Bulgaria, on the top floor of the Paradise Mall.

Unlike last year, however, this year’s edition had a theme.

Excellently organized by the event team at SiteGround, a shared and cloud hosting provider 500 employees strong, the conference was all up in retro gaming, from the attendee badges and decals, to the surroundings and micro-events within the event. Even the crew were all dressed as Super Mario, which I’m sure would have caused an aneurysm or two in the minds of Nintendo’s lawyers had they gotten wind of it.

As speakers, we were taken on a fantastic trip in the countryside which culminated in a great feast in a viking-like hall, and then a tour through a recently unearthed ancient Thracian temple. Witnessing something so old and big is just about the closest thing to a spiritual experience a non-religious logical modern person can have, so I greatly appreciated it. 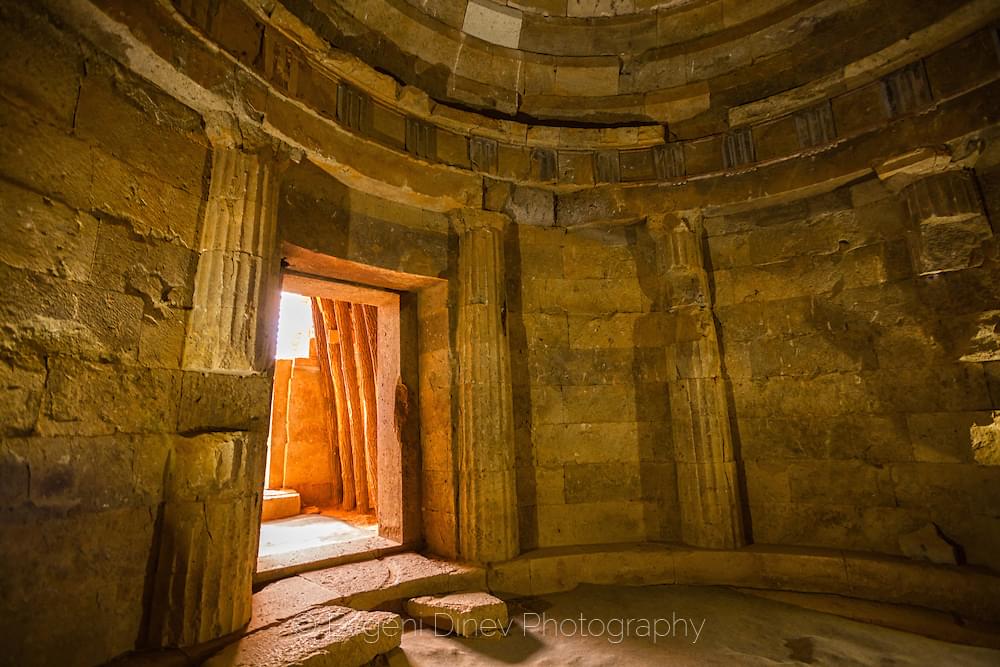 The (slightly too long) bus ride over also provided ample opportunity for us to get to know each other. After some games of Heads Up, and some Pringles tasting, we were like family.

The trip ended in a large brewery with yet another feast, and with spirits high and stomachs low, we felt immense pressure to not let the organizers down – our talks had better be good.

The speaker line-up was something else.

From the ever-present Phil Sturgeon to the wise and calm Mark Baker, from cape-less heroes like Jordi Boggiano to community motivators like Cal Evans, from relative newbies like me, to ambitious and smart people who are definitely going places and I’m hoping to see more from at other conferences like Andrew Carter, Elena Kolevska, Lyubomir Filipov and many others too numerous to name, I personally learned about:

Even some impromptu workshops happened on the floor of the venue, gathering non-trivial crowds and spreading unscheduled knowledge!

For a full speaker line-up and the topics that were covered, please see this list and keep an eye on this post or the official BGPHP twitter hashtag to find out when the videos of all the talks are out. They’ll all be on Youtube and watching them is sure to make you feel like you’re missing out a little less.

The “Game On” theme of the event was perfectly placed in an audience mainly consisting of programmers, so there were loads of people enjoying their nostalgia trip into retro-gaming-land. The music was right up our alley, too, with a healthy mixture of metal and chiptunes.

Granted, I could see it as being a little too intense for non-gamers, but nothing was “in your face” uncomfortable, and plenty of non gamers found fun in playing regardless – they simply hadn’t been exposed to this type of entertainment previously.

The venue was full of old, original arcade machines and old PCs, which let us test our decades old skills on each other. 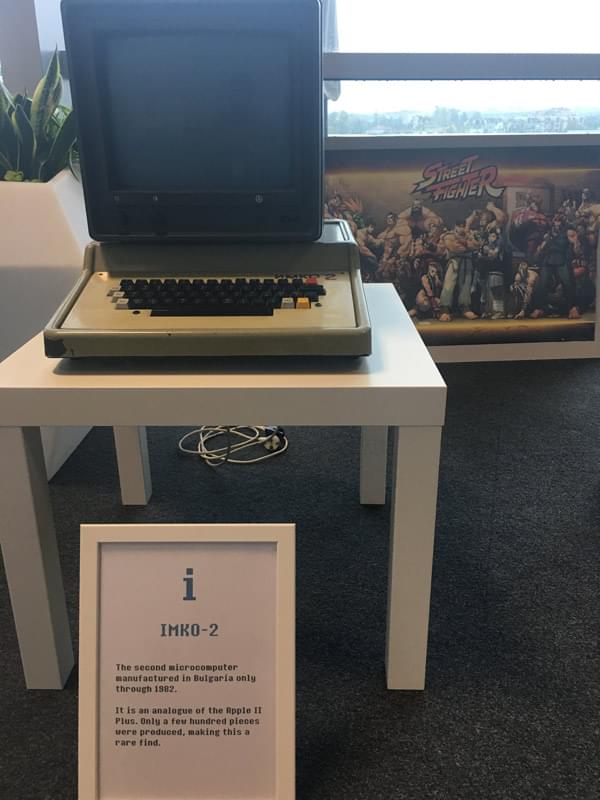 All attendees were encouraged to challenge speakers to duels in various games, which further contributed to socialization and mingling and made me personally meet some people I probably wouldn’t have met otherwise.

Technically, the conference was just as flawless – the projectors at the venue are super high res, and were able to render the rows of code we showed all the way to the last row without distortion, and audio was on par. What could be improved was the internet – even though there was a speaker-only WiFi too, it did have a tendency to lose connection sometimes. Not often, but enough to be noticed. This problem was easily bypassed, however, as the organizers even gave all us speakers local SIM cards with 2 GB of traffic included, which let us tether flawlessly without worrying about jumping from hotspot to hotspot.

The coffee and food breaks were evenly distributed throughout the day, with snacks and drinks available at all times. While I’m personally responsible for draining about 30% of the coffee supply, there were pastries, soda drinks, rich and diverse vegetarian-friendly lunches, and rejuvenation potions in, for all intents and purposes, unlimited amounts.

The sponsors went all out, and nothing felt lacking.

Not a Single Luigi

Sneak peek at last-minute setup for @bgphpconf 2016. We’re excited again to be the driving force behind this event. Game ON! #bgphp16 pic.twitter.com/NAGvXU7UwW

An unprecedented level of professional organization and structure was on display at BGPHP – we found out eventually that SiteGround, the main sponsor of the conference – actually has an events team which deals exclusively with their presence at other conferences and with organizing events such as these, so the ridiculously overworked and inhumanly ambitious Tina and her team knew exactly what they were doing and handled it all without a hitch.

New favorite conference? Yep. #bgphp16 has permanently raised the bar (or several!) What a team these guys are! ★★★★★ pic.twitter.com/aDyi2sQYlQ

Dressed as Mario all the way through the event, each and every one of the volunteers and crewmen were decidedly Super, and ready to assist anyone at any time with any problem, ranging from transport and replacement laptops to me begging for awesome posters… 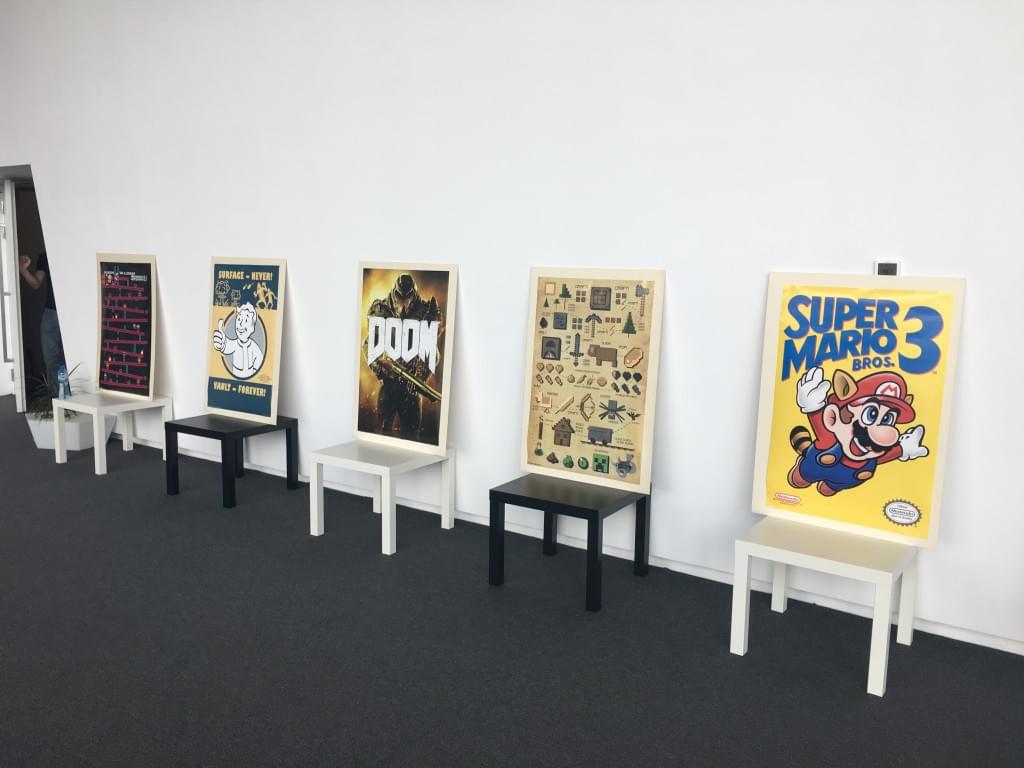 BGPHP was one of the few conferences which actually turned a profit as the closing speech revealed. Unselfishly, the organizers decided give this extra income away.

.@irintchev announcing that half of the @bgphpconf proceeds will be going to support programming education in a local school #bgphp16 pic.twitter.com/1jyKstQIKH

The proceeds would be split between Bulgaria’s PHP user group, for beer, pizza, hardware, software, events, and everything else a good PHP group needs. Well deserved, given how much of a good job they did with the conference.

The other half (half!) of this still non-trivial amount would be given to a local school which needs funds and technical upgrades – and getting kids into tech these days is the most important educational upgrade one should do. Kudos to the team for this generous gesture!

Due to the amazing experience I had as both speaker and attendee, I’d recommend submitting a talk to BGPHP’s CFP as soon as it opens – I know I will, and even if I don’t get accepted, I’m there as an attendee. I give this conference 5 out of 5 elephpants, easy.

Granted, my pleasure was further enhanced by the environment which was designed like a nostalgia trip specifically for me, and I got to wreck some innocent souls in quite a few games (I’ll get you in Mortal Kombat next time, Lyubo!), but the talks, the technical aspect, the level of structure and organization invested, the donation of money to a school at the end, and the surprisingly high-quality of the speaker line-up – all those and more are what make this conference the best one I’ve attended yet. Objectively, it’s downright unbelieveable that this was only the second edition of BGPHP.

I want to thank the team for having me, for putting on such a great show, and for helping the PHP ecosystem thrive. Here’s to many more!