This article is a review of the WebCampZG conference. All images are taken from WebCampZg’s official and Facebook page.

This weekend, Chris Ward (the mobile channel editor at SitePoint) and me attended Webcamp ZG, the annual international web-oriented conference in Zagreb, Croatia. 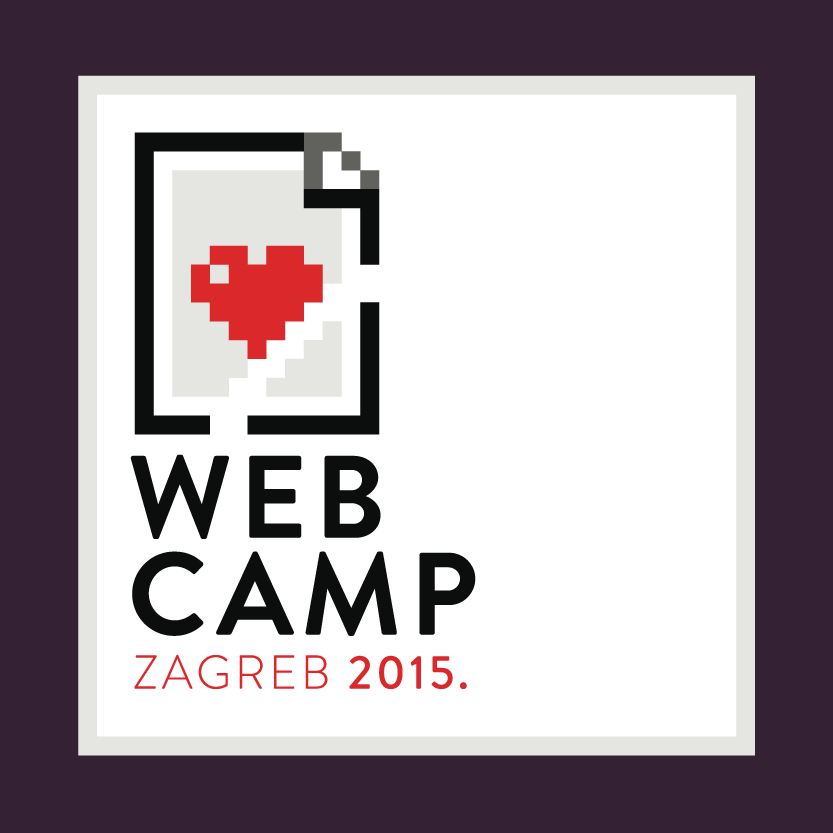 The conference is a two day event, each day spearheaded by a keynote type of talk before diving into the bulk of the content. The schedules of both days contained plenty of breaks with food, drinks and snacks scattered throughout, providing for both energy and excellent socialization and networking contexts.

The two main tracks were sponsored by two companies: Intercom and Reversing Labs, and while each had a sponsored talk slot, neither disappointed. The two tracks were also identified by their sponsors’ logo, so visitors could easily redirect themselves into the appropriate hall.

Day 1 started with a keynote from Bob Ippolito on functional programming. Bob is a master of his craft and knows what he’s talking about, but some of us still felt like we were boarding the hype train.

We also heard some interesting stories of feature development and vertical slicing from Intercom, in the “Building video replies” talk – a lesson on adding a complex and ridiculously difficult to build feature into their service just because they could – followed by a run through HTTP2 and an overview of when it’ll be widely available (spoiler alert: 2016 all around the web). 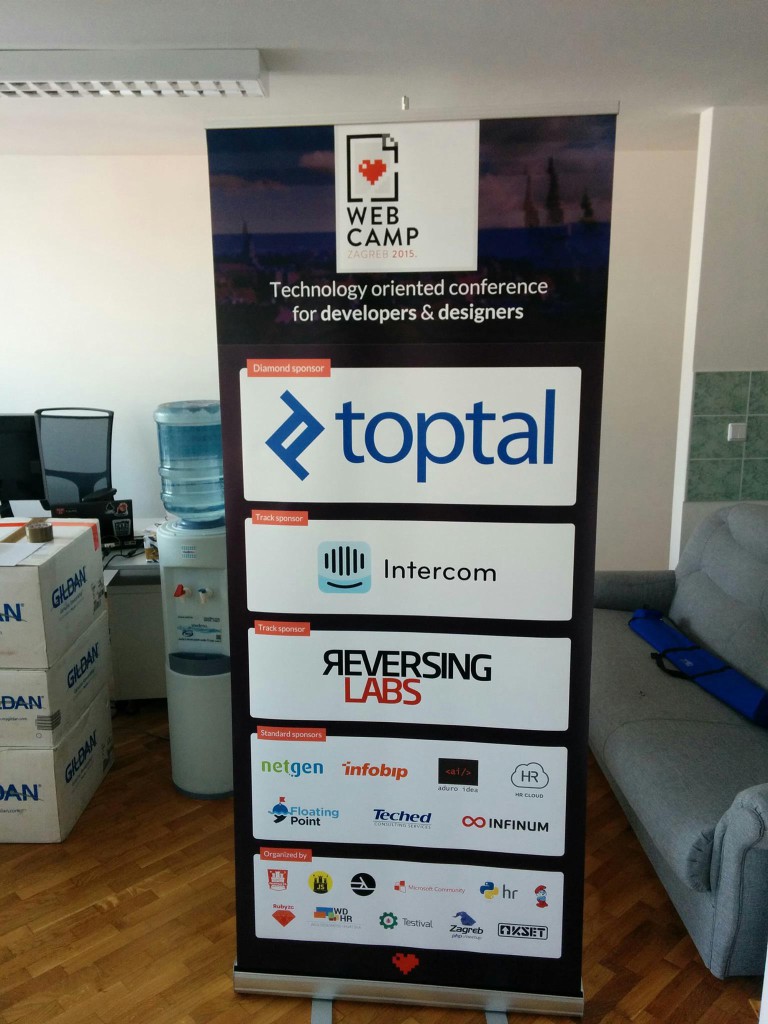 After a recruitment session and a talk on A/B testing with Optimizely – a tool which modifies the look and feel of your site after page load by means of a JS snippet and monitors user engagement with regards to the change – all 800 of us queued up for lunch which was, despite the incredible number of attendees, rather well organized.

Chris spoke next about distributed databases, and it seems like that space is also bursting at the seams with competition – like in JavaScript with a-framework-per-day, the DD market is flooded with constant newcomers, too numerous to objectively keep track of.

The next talk was the only disappointing one of the entire conference – two initially charming Toptal lads went into their sponsored slot with a well rehearsed cheesecake routine titled “State of Remote Freelancing” but it quickly degraded into a Toptal infomercial rich with amateurish PHP bashing from an obviously misinformed fellow. Considering Toptal’s percentage of income stemming from PHP, it’s surprising to me that they’d have such closed minds and risk alienating a very large chunk of the audience. I know it’s hard to keep track of everything that’s going on, especially when you’re new at web development, but blindly firing a gun into the general direction labeled “PHP” is neither funny nor accurate. 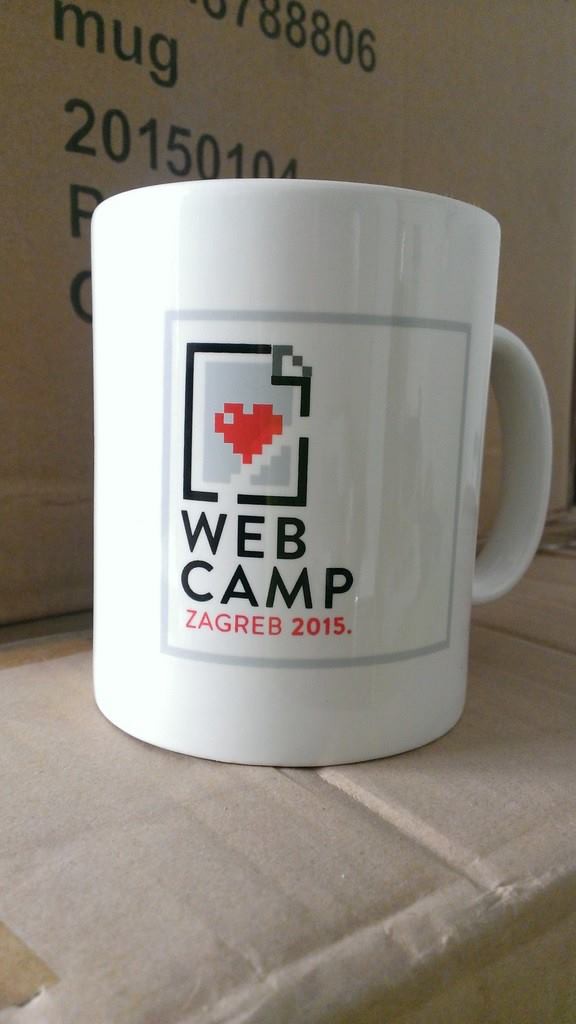 Immediately afterwards, I headed into the “Continuous deployment at Etsy” talk by Premshree Pillai, and learned that they all commit directly to master, but use source code flags to turn features on and off. This baffled many an attendee, and yet made a certain degree of sense when looked at from a very specific angle. What boggled the mind, though, was how many proprietary tools they use to make this chain of deployment work (many of them open sourced now) – I counted 10 or so completely unknown ones. It was an interesting talk, but not because of the approach, but rather because I am now wondering how they manage to onboard new devs with such a large toolchain debt.

The next talk was chosen by the community, and dealt with an overdiscussed but underutilized concept – testing. It didn’t really offer anything we haven’t heard before from testing enthusiasts, in blog or video or conference talk form, but it did offer it in a way that resonated with most attendees, explaining what manner of testing actually wastes our time and how to avoid it altogether. The community chose well, and I do hope the tradition of community voted talks continues.

As a closure to day one, we heard about real-time collaboration with JSON by means of JSON PATCH and PuppetJS, a very interesting concept for reducing the weight of JSON back-and-forth by merely applying patches to previous payloads, rather than send entire new ones. Besides using JSON-PATCH, the library also does two-way binding, ideal for dropping right into an app.

After all was said and done, we had time for lightning talks – short 10 minute talks from various individuals testing the “speaking at conferences” waters or just plain wanting to deliver something interesting.

The evening was wrapped up with snacks and a drinkup – an infinite amount of craft beer from NovaRunda, a young company looking to make their mark. All the beer was poured right there, on tap, and it was delicious.

Day 2 was a bit shorter. After an introductory word from the diamond sponsor (Toptal) – which was rather interesting and well delivered – Jaime Levy held her keynote on the evolution and importance of UX strategy. She also forced us to unleash a veritable tweetstorm, giving away some of her books at the end.

A crash course in cloud security followed (don’t commit your keys, basically) but was a bit disappointing as it only focused on Amazon, and then we were walked through the evolution of user interfaces with nostalgic screenshots from the good old Monkey Island. The pre-lunch section was wrapped up by Johannes from Confetti.events who introduced Yayson, a library implementing JSON-API for inter-app communication, and explained JSON-API, step by step, concept by concept. 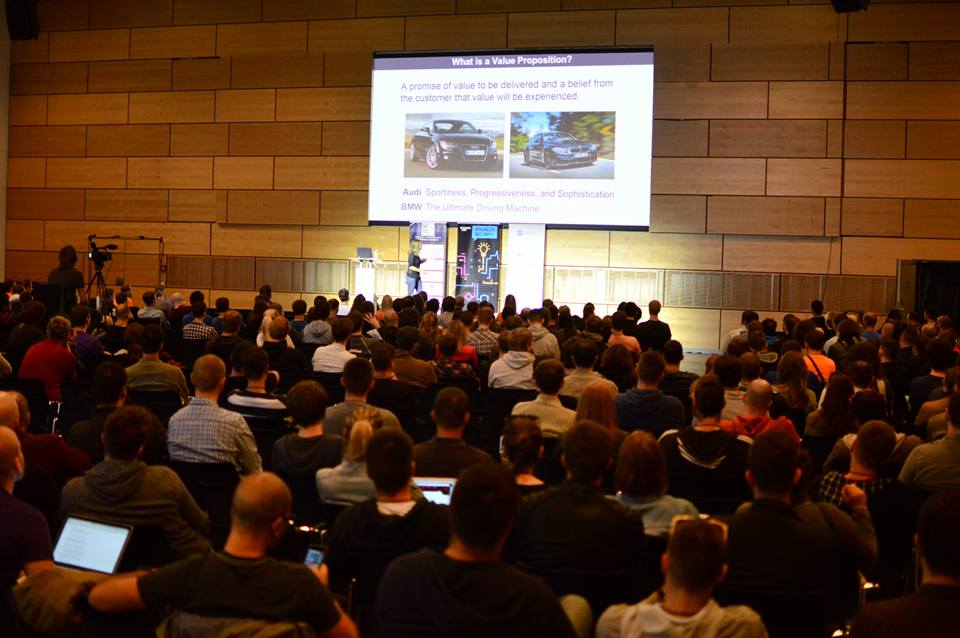 Peter Chittum from Salesforce took the stage after lunch, presenting the company’s recent endeavor into open source and their efforts to (re)connect with the community, though how possible that is with a company that still requires a safe harbor warning before a conference talk is questionable. Baby steps, though. The talk covered XHR request queueing with some neat libraries developed by Salesforce internally, and even did a live demo of monitoring a stream of hundreds of gyroscope changes from a mobile device using only two XHR requests (due to the queue).

The final two talks of the day focused on automating tedious dev tasks to make room for new projects, and on making your code usable by others by following some well established principles, respectively.

I look forward to seeing the talks online in a couple of weeks so I can catch up with those I’ve missed, but all in all, it was a very satisfactory conference with some incredibly interesting topics, and even more interesting people to meet.

The organization was flawless. Not only was everything almost exactly as scheduled and anticipated, but there was abundance as well, all to make sure the attendees don’t feel like they’re missing something. From swag and food, to coffee and juices, everything was provided and constantly restocked. 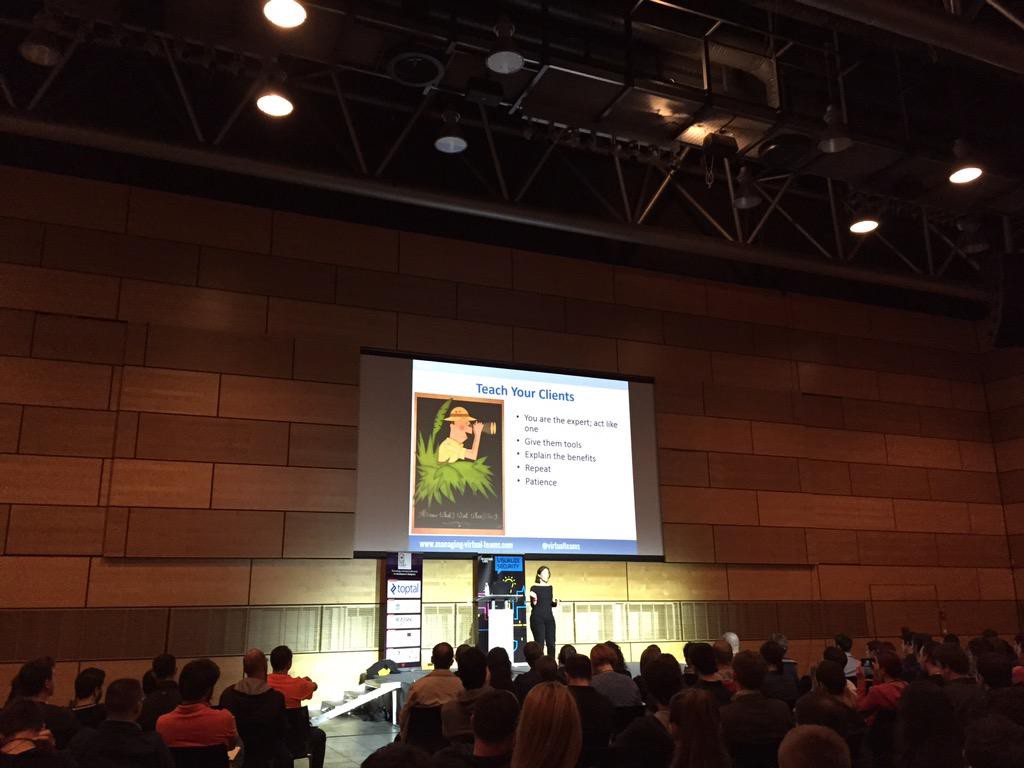 The sound was amazing, a professional recording crew was on site, the volunteers were very helpful and omnipresent. The projections were of excellent quality and highly legible from any point in the two halls.

The WiFi was the only pain point, as they usually are, and the provider hilariously notified the organizers that the problems should be fixed “now” – a day after the conference. This wasn’t a big deal, however, as the workshop-free nature of the conference didn’t really require all that much internet access, save for a tweet or two.

In conclusion, WebCamp ZG was a blast, and I’m definitely coming next year – perhaps even hoping to score a speaking slot. See you then? We’ll be announcing the next early bird discount code as soon as the 2016’s conference is up!

The 8 Fallacies of Distributed Computing for PHP DevelopersMatthew Setter