Note: an advanced continuation of this topic is accessible here

If your site serves visitors from different countries, you may already have translated all its static content into several languages. But what to do with the content posted daily by the users in comments, opinions and ratings? As this may be as valuable a part of your site as the static content, you should think of finding a way to translate it into other languages. One service that can help is, of course, Google Translate.

After going through this tutorial you will be able to fetch translations from the Google Translate API right from your app. You will learn how to gain access to the API, how to use it and how to handle errors if they occur.

In order to gain access to the Google Translate API, you will have to create a new project on the Google APIs Console which requires an active Google account. After creating a new project, just turn on Translate API on the list of all the available APIs by flicking a switch.

Since the Google Translate API is a paid service, you will also need to enable billing in your project settings. To do so, click Billing in the left menu on the Google APIs Console and then Enable billing. You will be asked to enter the payment data such as your address and credit card number. Different payment options are available in various countries but credit card payment should be recognised worldwide.

At the time of writing this article, the usage fee was $20 per 1 million characters of translation or language detection. Which means that translating a user comment of 300-400 characters would cost you $0.006 – $0.008. Naturally, if you want to translate a text into more than one target language, you will have to pay separately for each translation.

If you fear getting billed too much for the translations you make, you can control the API usage in your project by setting the maximum limit of characters that can be translated daily. The entire configuration is available on the Google APIs Console.

Getting the API key

To access the Translate API from your app, you will need an API key connected to the project you have created on the Google APIs Console. To get the API key, just click API Access in the menu at the Google API Console page. You will find the key you need under Simple API access.

Accessing Translate API from your app

The Translate API offers 3 methods:
– translate, which translates the given text from one language to another,
– detect, which detects the language of the given text,
– languages, which lists the source and target languages supported by the API.

All the methods are called via GET requests. A common way of making such a request in PHP is to use the cURL library, which we will use in the examples below. The parameters passed to each method need to be URL encoded which may be achieved in PHP using the rawurlencode() function. Remember that in each call you have to pass your API key as a key parameter.

The results of each Google Translate API method are returned as a string representing a JSON object. To parse it, we will use the json_decode() function.

Translate and detect services are paid but we can use the third method – languages – just to check if our app can connect with the API. To do so, we will make a request to the following URL: https://www.googleapis.com/language/translate/v2/languages

The entire code looks as follows:

After executing the code above, you should see an array of all the languages that can be processed by the Google Translate API. A similar table is available in the documentation. It is important to browse through that table because you will need to include language codes stated there when submitting a request for translating a specific text.

The core functionality of the Google Translate API is available through its translate method. It is accessible under the following URL: https://www.googleapis.com/language/translate/v2

The translate method has several parameters. The most important are:
– q – the input text,
– source – the source language (if it's not specified, Google will try to identify it automatically),
– target – the target language

If you want to get a translated text, you have to change the URL of the request from the previous example. The rest of the code looks very similar:

A sample response containing the translated text looks as follows:

What happens if you don't set the source language?

If you decide not to include the source language (the source parameter) in the request, two scenarios can happen:
1. Google will manage to detect the language by itself, the JSON response will consequently contain an additional detectedSourceLanguage property holding the source language code.
2. The source language will not be successfully detected (e.g. when the source text was too short) and the Google Translate API will return an HTTP 500 error. This leads to the next part of the tutorial – handling errors.

When your request cannot be processed, the Google Translate API returns an HTTP response with a code representing the type of the error. After executing a request using cURL, you can get the server response code using the curl_getinfo() function. If the response code is different than 200, it means that something went wrong.

The Google Translate API can return following error codes:
– 400 (Bad request) – your request is missing some parameters or you have passed wrong values to the parameters present in the request (e.g. an invalid language code),
– 403 (Forbidden) – you have entered an incorrect API key or have exceeded your quota,
– 500 (Internal Server Error) – Google cannot identify the source language of your text or another error occurred.

Additionally, when an error occurs, the Google Translate API returns a JSON response containing an error description. For example, when one of the required parameters is missing, the server will reply with a following response:

So the best way of handling errors when querying the Google Translate API service is just to combine checking the HTTP response code and parsing the JSON response from the server. What is important, curl_getinfo() must be called before curl_close():

Multiple translations in one request

You can translate several texts in one request, which is undoubtedly more efficient than executing separate request for each translation. To do so, just pass a couple of q parameters, each containing one text to translate.

Also note that you cannot get multiple translations of one source text in a single request. If you want to translate one text to different target languages, you have to make separate requests.

Now you know the basics of connecting your app to the Google Translate API. More complicated implementations of the API may include auto-fetching translations when a user submits some content (or when a site admin approves it) and saving translations to a database. We'll cover such advanced examples in a future article (part 2 here).

If you plan to use the Google Translate API in your app, please remember to read the Terms of service and Attribution requirements which contain several guidelines on how to display the translated content on a webpage.

Jacek is a web developer specialized in building extensive web applications, mainly e-commerce solutions. The technologies he uses on a daily basis include PHP, MySQL, HTML+CSS and JS+jQuery. During the last few years he was the head developer of a highly customized online store platform in Poland. Now he's working on the development of several e-commerce websites running in Poland and Germany, often having hundreds of thousands pageviews a day. To take a break from coding, he does challenging crossfit workouts, goes out to taste some new food or dives into an interesting psychology magazine or book. 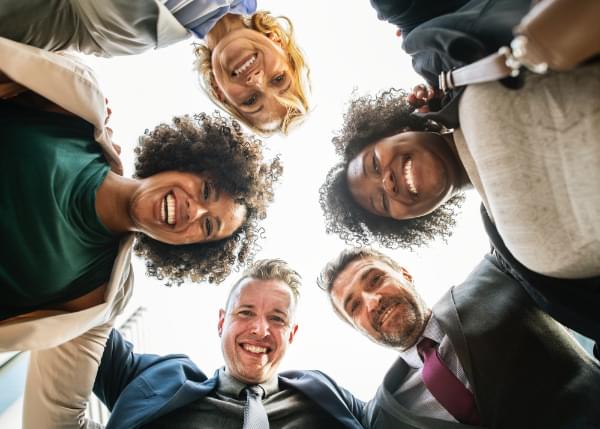 How to Translate WordPress Websites Using the Weglot PluginJohn Hughes