These days, WordPress powered sites ranges from simple static websites to complex dynamic web applications. WordPress offers great built-in features for providing content for users, allowing the site owners to publish dynamic content from the back end. Getting users to interact with the website is another vital aspect of building successful websites. Therefore, we need ways to let users interact with the site. WordPress forms plugins are the standout solution for retrieving dynamic content from users.

What is a Forms Plugin?

In simple terms, forms plugins lets you create dynamic forms to be embedded in the front end of your site. Once enabled, users have the ability to populate forms with dynamic content and submit them to the site administrator. As an authorized user, you have the ability to see all the data provided by users. Generally, site owners with less technical knowledge will find these plugins very useful as they can create advanced features without worrying about programming or technical stuff.

Now you might have a very basic understanding about a forms plugin and its role. Let’s dig deeper into the concept of forms plugin by looking at some of the most popular forms plugins for WordPress.

Before we go any further, you can download and install these four plugins and see how they work and the available features within the provided screens. Note that you can check all of these plugins for free, apart from Gravity Forms.

I highly recommend you do this task if you want to develop a perfect forms plugin and use it in your site for advanced functionalities. Now let’s figure out the common usages of forms plugins.

Integrating an advanced contact form is the most noticeable use of WordPress forms plugins. Most of these plugins contain Contact Form in their name or within the main description, proving that its the main purpose of these plugins. However, there are some common usages apart from building contact forms. Let’s look a t few of those scenarios.

You may have noticed that most of these features allows users to submit the form and get a notification. Basically, this is a one way process where users submit the form data and an administrator manually processes it. Once the data is submitted, the process ends for the user. So this is where we can improve our plugin to continue the process by reducing the manual tasks done in the admin side. We’ll talk more about this later on in “Making Your Plugin Stand Out from the Rest”.

Now we have all the ingredients to plan the features of a perfect forms plugin. In the next section, we are going to discuss the planning process.

Identifying and planning the requirements is the first and most important task of any development project. There are plenty of plugins available for creating forms with WordPress. Unless we plan properly, we are not going to be anywhere near a perfect plugin that can challenge the existing ones.

Let’s consider the most basic steps in planning such a plugin.

In the next section, we are going to look at these mandatory features in detail.

Must Have Features of a Forms Plugin

Making Your Plugin Stand Out from the Rest

Forms plugins can be used for various tasks within WordPress websites and hence there are unlimited possibilities for creating new features. So let’s discuss some useful features that add value to your plugin and make it “more perfect” than the rest.

Throughout this article, we have discussed the basics of forms plugins and how we can plan our plugin to be competitive with existing WordPress forms plugins. There are mainly two ways of making your plugin unique from the rest.

These days, forms plugins are used widely for quizzes, polls, order submissions, payment integration and many more purposes. So making a unique premium forms plugin can be a highly profitable business.

Our four existing forms plugin providers give us some pretty useful functionalities and some clever implementations. Of these, Gravity Forms seems to be currently the most advanced. But we are developers, right? It’s our business to make the web more perfect than it is. That’s what our clients want. So, there’s no reason we can’t build our own forms plugins. Perhaps we can’t ever make the “perfect” forms plugin, but it’s the striving for perfection that keeps us moving forward.

Let us know what you think about WordPress forms plugins and how you want them to work in different scenarios.

Also feel free to share features in your mind so that developers here who are willing to make forms plugins can develop them for you. Or would you rather build them yourself? 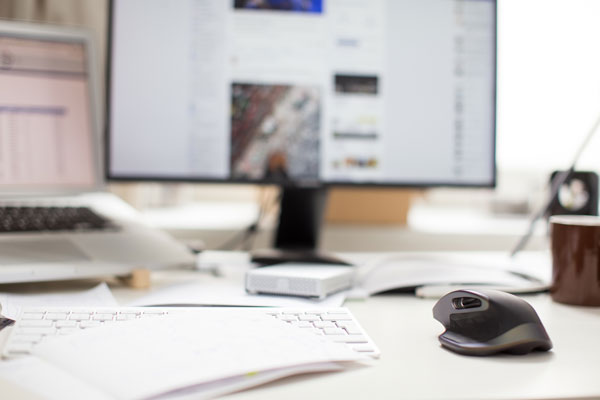 Planning an iPhone App: Where to StartEmily Smith