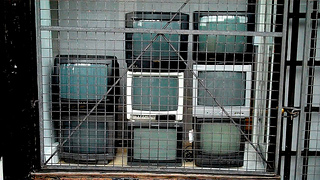 Video is great. It can help you get your message across quickly, entertainingly, and provide a bit of character. Visitors are often more likely to watch a short video than they are to read a wall of text.

What’s more, recent statistics show that video makes up approximately 65% of all search results, so it’s definitely an area you need to be thinking about!

The theory is that video takes longer to produce than web content and therefore is ranked higher by Google. Couple that with the fact that people spend on average an additional two minutes on web sites that host videos. 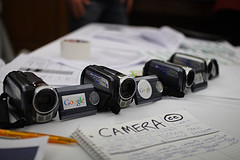 Videos that include captions means that double the number of people will finish watching your video (from 40% up to 80%) – and remember your search ranking is directly related to how long people spend on your site.

LiveClicker found that pages with transcripts earned 16% more revenue than pages that just had video-only content.

The catch, though, is that while simple text is pretty easy to make accessible so long as you don’t do anything too crazy, video is rather more complicated.

Also consider that a lot of video players simply can’t be controlled via the keyboard, which is often a necessity for many people with disabilities.

So what can you do?

Step 1: Build accessibility in from the start When producing the video you need to give some thought to accessibility. For example, if you’re displaying text on screen, make sure that it’s reasonably large, uses high-contrast colours, and remains on-screen for long enough to be read.

Step 2 : Make sure your video player is accessible

Most video players are inaccessible to some groups of people with disabilities. They often contain keyboard traps (where the keyboard focus gets trapped inside the video and the user has to shut down the browser entirely), or keyboard users can’t use them at all.

Some video players don’t support captions or audio descriptions which are essential for deaf and blind people respectively. Have a look at our accessible video player OzPlayer and watch the video which explains some of the problems with video players that we have encountered. Video that play automatically as soon as the page loads (this is what videos in YouTube do) can be extremely disorienting to a number of groups of users.

Even the simple act of tracking a sound’s origin can be a needlessly difficult task for many users.

It is well-documented that flashing or strobing content can trigger epilepsy and migraines in susceptible individuals. 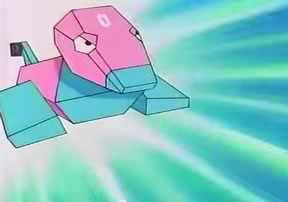 In Japan, an episode of the Pokemon series contained flashing content. It was watched by 4.6 million households and triggered photosensitive seizures in over 12,000 people. More than 600 children were admitted to hospital.

While they may say there’s no such thing as bad publicity, ending up in hospital has to be bad for the brand!

The best way to make sure your video doesn’t contain any flashing content is to run it through the Photo-sensitive Epilepsy Analysis Tool (PEAT). 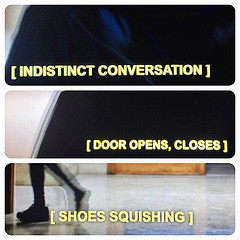 Captions are a text version of the speech and sound on the video. These are displayed over the video, typically at the bottom, and are toggled on and off by the viewer through the video player. They let deaf and hard-of-hearing users follow the dialogue.

Captions are not subtitles. Subtitles are a direct translation of the speech (and the speech only) from one language to another. Subtitles do not include any other sounds that are in the video.

Captions should appear at the same time as the sound they are captioning and appear onscreen long enough to be read. There should be no periods of the video without captions. For example if there is no sound in the video except some background music, the caption can say “Music playing”. Often captions that describe sounds (instead of speech) are also italicized.

You should also consider providing captions in multiple languages. That’ll let people whose primary language isn’t English follow along. Whether you need to do this or not will depend a lot on your target audience.

You can get YouTube to automatically add captions to your video – but we don’t recommend it. We had a client that had a video of their premier speaking to some school children, and they had used the YouTube auto-captioning feature, and the captions had swear words!

You can, however, write a script and upload it to YouTube with your video. YouTube will then automatically place the captions at the time of the relevant speech. This can save a lot of time.

This is a spoken audio track played along with the video and it lets blind and vision-impaired users know what’s happening on the screen. It is important that this includes all visual information. These can be a bit tricky, and ideally should be taken into consideration during the production of the video, although “extended” audio descriptions can be used where the video itself pauses while the audio description plays. 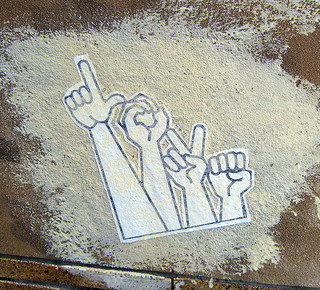 This feature isn’t so common, but if you are targeting an audience with disabilities then you should give this serious consideration. The typical arrangement is to have a sign language interpreter in a small picture-in-picture window in the video.

Brisbane City Council has added Auslan as picture-in-picture to their Toward an Accessible and Inclusive Brisbane video.

This can all feel a bit overwhelming, so you may want to engage specialists to produce the captions, transcript, and audio descriptions.

Some video production firms can do this for you, though they might have some difficulty with audio descriptions and very few will have much experience with sign language. If you don’t have the budget, simply providing a transcript (in an accessible format of course!) can go a long way towards making your video accessible to someone with a disability. It’s worth doing.

Quite apart from any considerations of “doing the right thing”, it’s a sound business move: by being inclusive you’re expanding your potential customer base, and you’re also giving potential customers who’re concerned with social justice issues a good impression and more reasons to choose you over your competitors.