There was quite a bit of buzz online around the launch of the new logo for the New York Public Library. 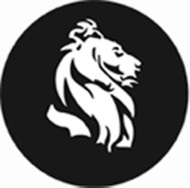 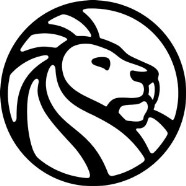 The Redesign began in 2008 with the designers using photographs and sketches of lion statues on the steps of the library building. The lions outside the building are known as “Fortitude” and “Patience”. Influences are reported to have included Japanese woodcuts, stained glass and Art Noveau. The vector style artwork has been designed to be versatile enough to use in many formats and colors, as well as reproducing well at small sizes.

The new logo comes, as is often the case with a logo redesign, with a new mission for the library. They wanted to convey a more digital-friendly and modern feeling. 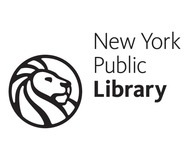 As a Leo and owner of a company with Lion in the title I have to admit I’m particularly drawn to this. Although I’m still debating with myself about whether I like this logo. I like the simplicity and the clean lines but is it a bit too cartoony for such a important keeper of knowledge?  I’m not too keen on the placement of the text although I do  like the sans-serif font. The font is called Kievit.

Some people are remarking that it looks like the MGM logo. I think they are referring to a very short lived MGM logo and not the well known classic. The blue and gold MGM logo was used in 1968 on a small number of films and the recording division of the company but was later replaced by the roaring lion we know and love.

Here’s an interesting video from the New York Public library outlining how the logo came about.

Check out other articles about the logo on Brand New and the New York Times web sites, both showing initial sketches and ideas for the logo.

So what do you think of the new logo? Is it an improvement or just more meddling with a classic?