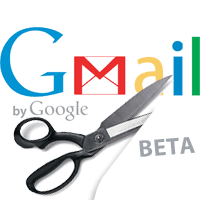 As we predicted on SitePoint three days ago, Google has quietly dropped the “beta” tag from all their main applications:

It is also apparent that beta has been removed from Google Reader, Google Translate and Google Maps.

This action has been a long-time coming. GMail was introduced five years ago. Initially limited to invited-users only, the system has grown to be the most popular webmail system on the Internet. It was one of Google’s first Ajax-enabled applications and many people use it in preference to a dedicated email client.

Google’s official blog post makes the reasoning clear: they want to remove any doubts about Google Apps being a mature product suite. A new marketing effort will encourage business users to adopt the products and GMail will receive several new features specifically aimed at the commercial market:

Google has re-iterated that the standard versions will remain free for private users.

Is this the first sign of Google growing-up and becoming a business-aware corporation? Will dropping “beta” have a significant effect? Will it intensify their on-going battles with Microsoft?