So far in this series we’ve taken a look at Typographic Logos and Type and Symbol logos. Today it’s the turn of those logos which are bold enough to go without accompanying type. The third category of logo design is “symbol-only” logos. These are the Madonna or Britney of logo design – so famous they don’t need a surname, or in the case of a logo, so recognizable they don’t need to have the company name attached.

This type of logo is generally reserved for the really big boys and often results after a redesign when the company is so large that it can be recognized by a symbol alone. It’s probably not a great idea to use a symbol-only logo as part of your branding when you’re first launching. It helps enormously if the public are aware of the company name. The main idea or advantage of the symbol logo is that “a picture tells a thousand words.” A good design along with the power of repetition can make a big impact. Symbols and icons are powerful. They can convey a lot of information rapidly.

A symbolic logo uses an image to convey an authentic or abstract representation of a business. Without any text to explain the symbol, the logo can be open to a broad interpretation of what the company is about, which of course can be a good thing or a bad thing. Probably one of the most famous symbol-only logos is the Nike “swoosh.” It is instantly recognizable on clothes and sports equipment and has a solid tribe of followers. I wonder how many people would buy the exact same product if it didn’t have the swoosh on it?

Many symbols are not necessarily a direct illustration of the subject matter or “here’s what we do,” but rather a representational idea. Apple doesn’t grow apples. The first Apple logo depicted Isaac Newton sitting under a tree with an apple dangling over his head. The phrase on the outside border reads, “Newton… A Mind Forever Voyaging Through Strange Seas of Thought … Alone.” The Apple logo now looks very different, but there is a throwback to this original idea.

The disadvantage is, as already mentioned, if a symbol is separated from the company name or word mark, it can be difficult to recognize or make the connection. Here’s a group of well-known logos that represent companies and organizations and even icons in popular culture that are recognizable by their symbol alone. Do you recognize them all? 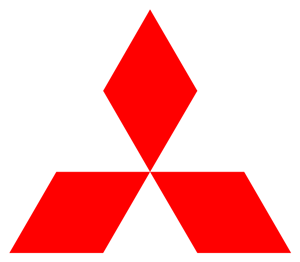 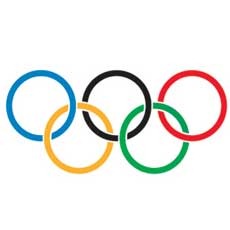 Are any of these logos a favorite of yours? What other symbol-only logos do you like?

Next week we’ll take a look at some of the questions that should be asked when thinking about designing a logo.