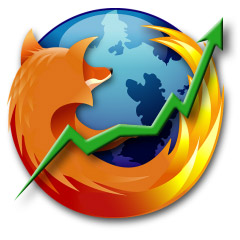 It’s official. According to recent figures released by StatCounter Global Statistics, Firefox 3.5 has become the world’s most popular browser. Its global market share is just under 22%, with IE7 having dropped a little lower, but IE8 is catching up fast.

As with all statistics, there are a few caveats:

There are also a number of regional differences:

It’s good to see IE8 is rising at the expense of IE6 and IE7. However, although IE6 usage is now in single figures throughout the west, it remains the most popular browser in Africa and Asia — which are rapidly growing markets.

But we should send our congratulations to Mozilla. It’s taken more than five years, but they’re now officially at number 1 in the browser chart (depending how you read the statistics). Unfortunately, Firefox’s position will almost certainly drop once version 3.6 / 4.0 is released, but let them savor their moment of glory!