In development mode, Django has a development server, which is sufficient for testing purposes. Once you complete a web application and it's ready for production, the process of setting up the application on a server might be overwhelming for some, especially if you're doing it for the first time. This article provides a step-by-step guide on how to deploy Django-based web applications using mod_wsgi.

Apache is one of the most popular web servers, and mod_wsgi is an Apache module that's used to host Python applications on Apache. It's also a relatively simple way of deploying a Django application.

Python comes installed by default in Ubuntu 14.04. Let us now look at the step by step guide to deploy a Django application using mod_wsgi.

In this section, we're going to install the required packages and set up a hello world Django application to be served by mod_wsgi. We'll assume that you've logged in to a newly created virtual machine.

If you create a VM using AWS or Microsoft Azure, you're logged in as a user that you specified while creating the VM, so you can skip this step.

There are some extra steps if you're first logged in as a root user (if you create a new VM with Digital Ocean). Although you can perform all functions using the same user, it's generally advised to create a new user. Here are detailed instructions for creating users and adding them to the sudoers list on Ubuntu 14.04.

In this tutorial, we're going to use the Ubuntu package manager, apt-get, for installing packages. However, on a fresh VM, you must update packages first by running the following command:

apt-get installs the latest stable version of pip. Alternatively, if you require a specific version of pip, you can install it from the source code. However, for the purposes of deploying a Django application, installing it through the package manager should suffice.

You can also use easy_install as an alternative to pip. However, in this tutorial, we'll use pip to install packages.

If you're creating a project form scratch, you just need the Django package. In this example, we wouldn't require any further packages:

If you want to install a specific version of the package, you can specify it in the command as shown below (in case your application was coded in an older version of Django):

You can also install Django through the package manager apt-get. Caution must be exercised when following this step as apt-get might not be updated with the latest stable version as compared to pip.

1.4 Install and Freeze Other Requirements (Optional)

If you're deploying an existing project, you can recursively run pip to install the dependencies in the project. Generally, there's a file requirements.txt in the source directory of the project, which contains the packages required to run the project:

If your system has other Python projects, the versions of different Python packages might interfere with one another. A solution to this is to use virtualenv and keep every project in its own virtual Python environment. Here's a tutorial on getting started with virtualenv. Since we're deploying an application on a server, we aren't going to work with virtualenv in this tutorial.

If you're working on a Django application and you want to create or update the requirements file, you could just run the following:

pip freeze prints a list of installed Python packages in your current environment, and the > stores the output of the command pip freeze into the file requirements.txt.

To create a new project in Django named helloworld, run the following:

You'll notice that a new directory helloworld has been created. Change your directory to helloworld and run the following to start a new app helloapp within the Django project:

We can now create a sample view that prints Hello World in our browser. First, add the new app to your project's settings.py. Search for INSTALLED_APPS in the file, and add the name of our new app to it. It should look something like the following:

Next, we add a URL pattern to the urls.py of the project. It looks something like this:

This instructs Django to look for the function home_view within the views.py of the app helloapp. Therefore, we edit the views.py file to look like the following:

Next, we run the development server by running the following:

The code for the hello world Django application is available on GitHub.

2. Serving a Django Application Through Apache and mod_wsgi 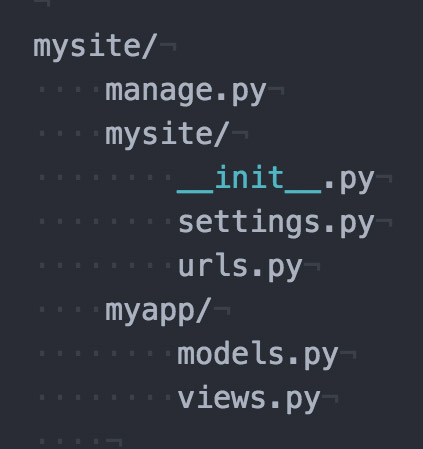 Now that we've created a hello world application, this section explores how you can configure different settings in order to serve the application through Apache and mod_wsgi.

Using the apt-get command, installing Apache is also a one step process. Run the following command:

The mod_wsgi module for Apache can be installed on Ubuntu 14.04 using apt-get:

If you're using Python 3 instead of Python 2, run the following:

Here's a tutorial with detailed instructions on installing mod_wsgi on Ubuntu.

To serve the Django application through mod_wsgi, we need to write a WSGI script that serves as a connection between Apache and Django. The Django file structure by default is something like this:

We're going to change it a bit and add an apache directory within mysite to contain three files:

This helps separate the logic, and you could also ignore the directory as a whole in your version control system.

Note: if you're using a version control software (VCS) like Git, you can add the apache directory to the ignore list of the VCS.

Finally, the wsgi.py file contains the WSGI settings. We're assuming that the root directory shown above is contained in the home directory of the user (/home/myuser/):

You also need to transfer the ownership of the apache directory to Apache's default user www-data in order to allow it to access the directory:

Note: Thanks to Scott Taggart in the comments for pointing out that
the wsgi.py script shown above will throw an error in Django 1.8 (Django 1.7 was used for this article). As noted by Scott, for the script to work with Django 1.8, the last two lines need to be replaced with:

To configure Apache to use your WSGI script, you need to edit the configuration file as shown below (using a text editor, in this case VIM):

Add the following lines to the file:

If you have a custom robots.txt and favicon, you may add an alias as follows:

In each of the lines above, the first argument after the keyword Alias signifies the URL pattern, and the second argument shows the path to the file to be served. This example assumes that your files robots.txt and favicon.ico are saved in the mysite directory.

To serve static and media files, you need to create their alias entries separately:

Finally, save and close the file and restart Apache to see the changes:

Note for older versions of Apache

For Apache versions older than 2.4 (like the one in Ubuntu 12.04), you need to replace Require all granted by Allow from all after adding the line Order deny,allow above it.

Note for static files being served by Django packages

Some Django packages have their own static and media files. In the development version, it's taken care of by Django, but it doesn't work that way when serving through Apache (including the Django admin static files). The static files are usually located in the same place where packages are installed.

An easy way to override them is to copy their static files to your static directory (and commit them), which is a rather messy solution. A better way would be to create an alias for the particular set of static files, just like you created alias entries for static and media roots.

In recent years, Django has become the first choice among many programmers. Although many accuse Python of being slow, websites like Instagram and Disqus—which run on Django—have scaled to millions of users. If you're interested, you may want to read how HackerEarth scaled their Django-based web application using mod_wsgi.

I hope this tutorial has helped you in deploying your Django-based web application on the server using Apache and mod_wsgi. If you faced any difficulties, let me know in the comments below. 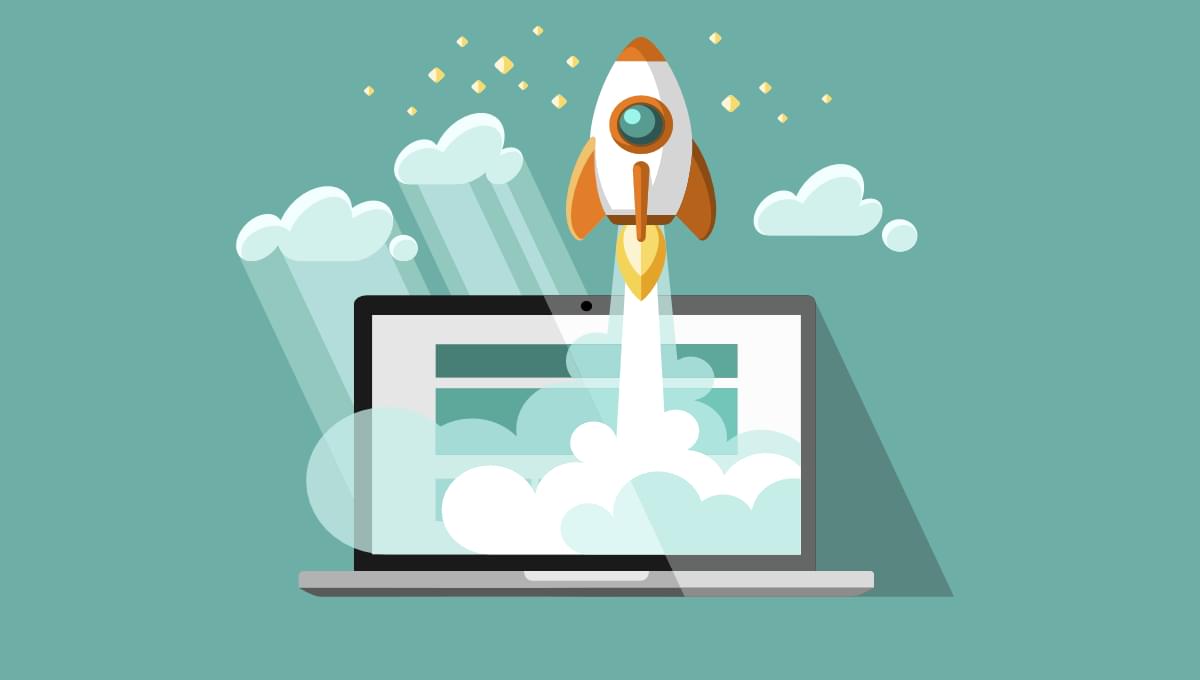 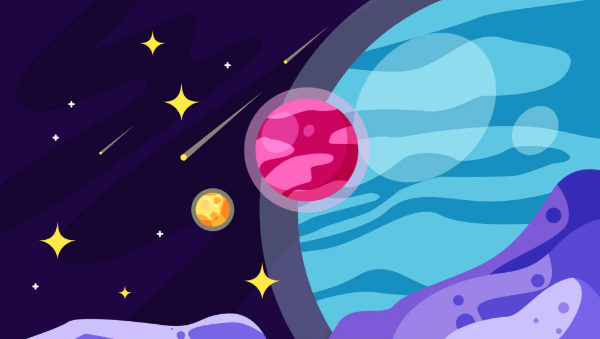 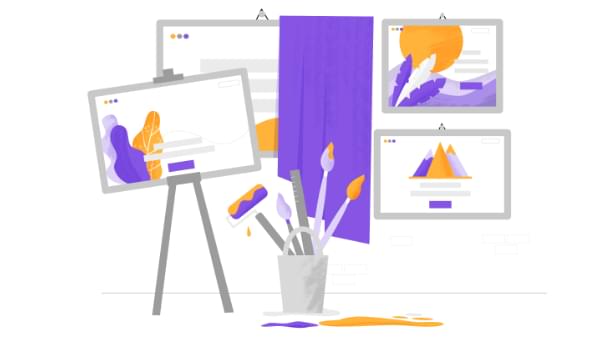 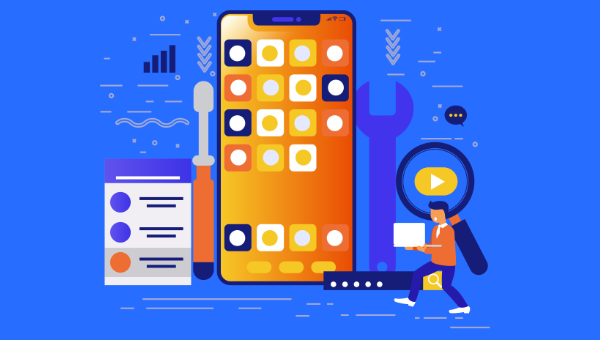