Let’s face it, we’ve all had someone approach us at one point or another with a design idea that was doomed from the start and dead on arrival. Unfortunately, this can happen a lot when it comes to the designing world, and as you know, telling a client your harsh opinion can leave you with less work and fewer clients. Whether your client’s ideas are impractical, vague, or unrealistic, these tips and tricks can help you transform “bad ideas” into something that both you and the client will love.

Now, there are typically three types of clients that conjure up these flawed design ideas: The Ambitious Go-Getter, The Do Whatever You Want (I Trust You) Client, and the “What Do You Think?” Client. These three are certainly not the only types of non-standard clients, but by following some easy practices, you’ll probably discover that they aren’t that bad; they’re just like everyone else in the world who needs a little direction in their lives.

The Ambitious Go-Getter is that client who comes barreling into your office (or your inbox) describing a great idea that they have. They just need you to work on it. Sounds terrific, right? Wrong. Despite the impression that the “Go-Getter” has a crystal-clear vision for their idea, they might end up making your work a whole lot harder than it should be.

Now, when I’m saying that the idea is impractical, I mean that the idea is either something outside of your skill set, something that will eat up your time and resources without any results, or some kind of Frankensteinian amalgamation of things that your potential client saw, liked, and combined. Of course, your first inclination may be to describe how you don’t have the necessary skills, or that you don’t like the idea, but turning down design work can often be as painful and problematic as accepting difficult jobs. Perhaps you convince yourself that taming the Ambitious Go-Getter is going to stop them (hopefully) from ever trying to throw ridiculous and impractical ideas at a designer ever again. Whether you accepted the Go-Getter’s work out of selfishness or altruism, they’re probably not going to be appreciative of your willingness to work with them to make their wildly-ambitious idea come to life.

So, how do we actually help the Go-Getter? First, schedule a time to meet in person or via Skype, MSN, or other face-to-face communication tools. Second, explain the impracticalities and flaws of the project, but quickly follow up with solutions that still utilize the original ideas and purposes. I should add that not all Go-Getters have ideas that are overly ambitious; it could just be that they are asking for too much to fit within a tight timeline or a limited budget. In designing a poster for a film festival, I was given tons of information and graphics to include. Knowing that the poster would be too cluttered, I simply had to tell the festival staff that it would be nearly impossible to keep their poster eye-catching and legible with all of that information crammed into it. Luckily, they understood the dilemma, and they ultimately liked the final outcome.

If your client is still on board — like the film festival staff were after our talk — then you can start creating mockup designs and email them for feedback. After another round of discussion, simply continue how you normally would and hand off the design. Perhaps you’ve tamed the Ambitious Go-Getter after all.

The Do Whatever You Want (I Trust You) Client

The Do Whatever You Want (I Trust You) Client is the one that I struggle with the most. I’d rather have them tell me that they don’t even know where to start (so that I can help them from the very beginning) instead of saying “I like your designs and I’m sure you can figure out something for me” before they skip out of the room, leaving you sitting there with a piece of paper with a few ambiguous words scribbled on it. There are tons of issues that are going to happen before and after you create the design. You are going to be toiling away for hours creating a great design, but when you finally show the client, they may tell you that they don’t like it, and that it wasn’t what they were expecting. You’ll want to ask “Well, why didn’t you tell me what you wanted in the first place?” but don’t. Before you get frustrated or feel inadequate about your design capabilities, try out these tricks to persuade your client into giving the project some real thought and telling you precisely what they want.

Whenever I’m asked to do anything, especially logo designs, I will send my Do Whatever You Want (I Trust You) Client links to design inspirations and then ask them to send me links and pictures of things that they like in turn. Just so they aren’t just throwing pretty pictures my way, I also have them tell me why they like those designs, so that I can incorporate certain elements of their chosen designs with confidence. Make sure to ask about color too, because I’ve had a client who sent me a list of words telling me he was certain from my past work that I could do something great, and naturally, I agreed. But, after I finished the design, the client took issue with some of my color choices, despite the fact that he hadn’t provided any preferences of guidelines for colors. After making some color adjustments, the client was ultimately very happy with the design.

Just like the Go-Getter, you’ll want to create preliminary mockups and sketches to show the client. That way, you can gain a concrete understanding of what they want, which will make you both happy in the end. This type of client seems to be more than happy to provide feedback, so don’t be hesitant to ask questions; the Do Whatever You Want (I Trust You) Client will likely welcome them and expect them.

The “What Do You Think?” Client

The “What Do You Think?” Client usually has no idea what they want, and this can be a big problem, especially when every question you ask is met with either “I don’t know” or “what do you think?”. There’s nothing wrong with a little hand-holding, but every effort spent coddling the client makes for less time and energy spent on the design itself. In a way, it’s great to have a client who doesn’t know what they want, because this allows you to be much more creative due to the lack of restrictions or constraints. However, the downside is that you have too much creative control, and you’re essentially playing the role of both client and designer. In other words, you are receiving no input or support from the client, which can make for unnecessary frustration, endless revisions, and unhappy clients.

Since this type of client won’t know precisely what they want, it’s important to engage them as much as possible. Send them inspiration, and talk to them in general about their likes and dislikes, as well as what they want their design to convey. For example, my sister (who is a fashion designer with a concentration in couture designs) can create elaborate and heavily-detailed outfits. But, if asked to create a logo, she wouldn’t even know where to begin. So, following my own advice, I sent her various logo designs used by fashion designers so that she could gain her own understanding of what she liked. Thankfully, this helped get her thinking, and after talking to her in depth, we were able to create a logo that remained minimalistic yet had a royalist air about it. Basically, I saved my sister from becoming a “What Do You Think?” Client.

The client who doesn’t really know what they want can be difficult to work with, but they can also offer open-mindedness and flexibility. They just need a good nudge in the right direction. Give them space to explore, and then let them come back to you when they’re ready. Trust me, you’ll be glad you did.

Remember, it takes two to tango, so when you’re given a bad design idea that you just can’t execute, don’t rush to blame the client, even if it seems justified. As a designer, ask yourself whether you have helped the situation (and your client) to the best of your abilities. If you have, and you still haven’t been able to overcome the bad idea, it probably means you should send them on their way. If you know that nothing good will come out of the project, then immediately step away, because there is no sense in putting yourself through unnecessary strife. But, if you see an opportunity to (gently) push the client in the right direction and get the project back on track, you should certainly go for it. You’ll likely get a lot of gratitude, stellar feedback, and glowing recommendations for going the extra mile.

The client-designer relationship is like a marriage; both parties need to pull their weight in conceiving the design. Otherwise, someone is going to end being resentful, and the design is going to suffer greatly. If you follow some of the tips that I described, then hopefully you can minimize your stress and cut down on hours spent staring at a blank screen or an empty piece of paper. At the end of the client-designer relationship, you should hopefully have a happy client, a fair fee, and a design that you can both be proud of.

Do you have any stories of struggling with clients to share? Have you met any of the above client types? 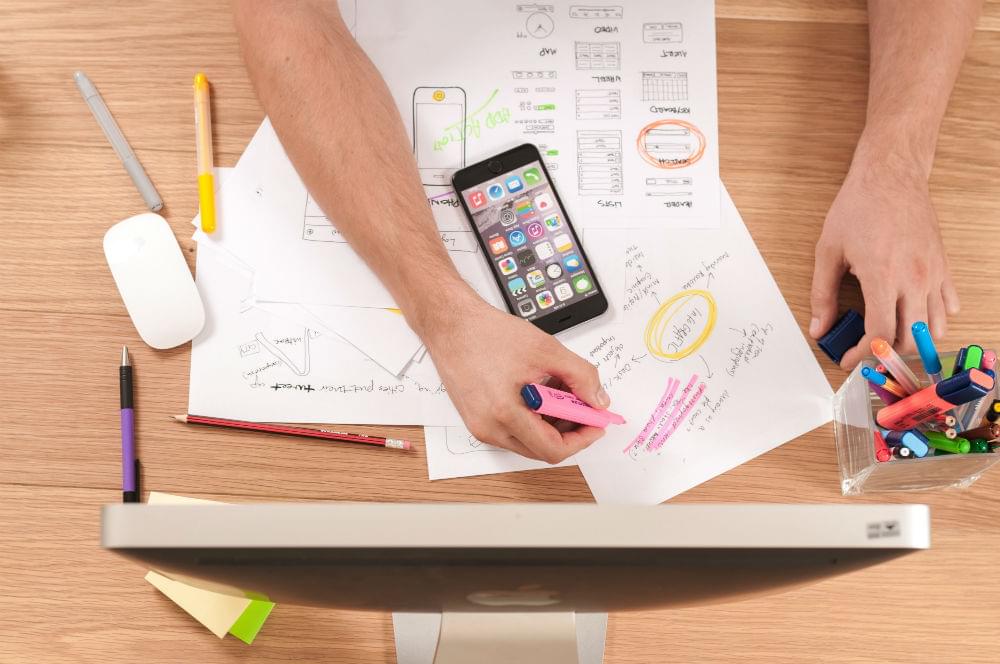