We see the symbol all of the time. Elegant, curved, infinitely malleable. But what’s the origin of the mysterious and ubiquitous ampersand? How can you choose which one is the best version to use? Read on to uncover all you wanted to know about this ancient tool of text:

Origin of the ampersand 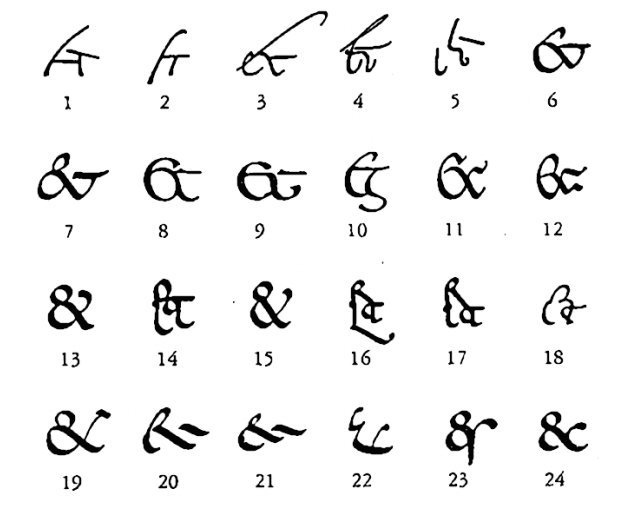 Part 1 of 2: Evolution of the Ampersand from Jan Tschichold’s The Ampersand: its origin and development (via shadycharacters.co.uk)

In a twist on the traditional story, the logogram ‘&’ came way before the word it now represents, ‘ampersand’. It was once the 27th letter of the alphabet, derived from the Roman word for and: ‘et’. When ancient Roman scribes were scribbling away in Roman Cursive around the 1st century AD, they had a tendency to connect to two letters into a ligature.

That symbol evolved over time, and by the Renaissance had developed into the calligraphic symbol that we’re so familiar with now. 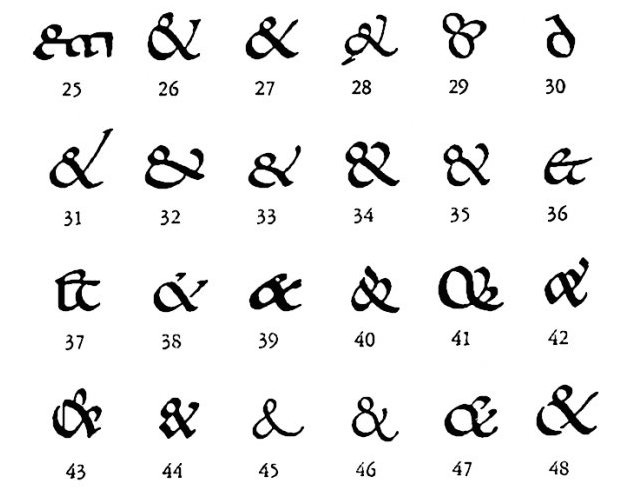 Part 2 of 2: Evolution of the Ampersand from Jan Tschichold’s The Ampersand: its origin and development (via shadycharacters.co.uk)

The word ampersand evolved by a process called mondegreen — when a new word comes from the common mistaken pronunciation of something else. British schoolchildren in the 1800s would recite the alphabet, concluding with “X, Y, Z, and per say &.” They inserted the “per say” so to indicate ‘&’ was by itself rather than ending the string of letters with a hanging conjunction.

Clearly it wasn’t a perfect solution, as over time the children slurred the words together to create the word ampersand. Over time, it was dropped from the alphabet, like many fascinating characters before it. But it was added to dictionaries starting in 1837.

To make it just a little bit more confusing, the ampersand isn’t the only symbol used in the middle ages to represent the concept of ‘and’. Tironian is the name of a different system of writing, a sort of shorthand for Latin taught in monasteries. Their ligature for the word et looked a bit more like the current number 7, and still survives to this day in Ireland and Scotland. Here’s the et: ⁊

Though it was derived so long ago, the ampersand has most definitely found its place in contemporary culture. The way we’re probably all most familiar with is its use in formal or business titles, like law firms or these days hipster restaurants and upscale goods stores (i.e. Craftsmen & Wolves or Hoefler & Co.)

Another fun little fact that we discovered in researching this article: the phrase et cetera, most often expressed as etc. can also be expressed as &c.

It also has its uses in computer programming languages as well as math. There’s a mathematical symbol called a turned ampersand which is an actual upside down version of the symbol: ⅋.

There are several distinct styles of ampersand. The main variation is between the Carolingian/Roman style and the Italic style, though pretty much every distinct style of typeface (i.e. Gothic) has their own take on the symbol. As you will notice from the examples below, there are typefaces that use both Roman and Italic based on the specific font that has been selected — Adobe Caslon Pro and it’s Italic version are a perfect example. 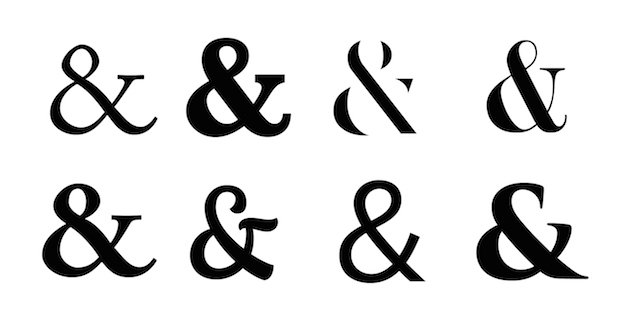 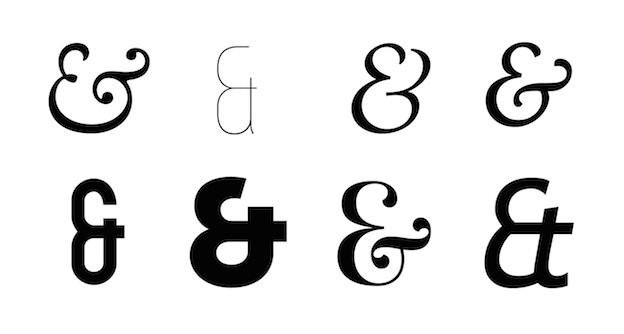 Technically these are also Italic, but in shape appear to be based off of a lowercase e: Cochin, Adobe Garamond Pro (italic), Hoefler (italic), Minion Pro

The ampersand is a great shape for designers to infuse with character in a display typeface. From the left it’s Copal STD, Glamour, Prisma, and Zapfino.

Tips for using Ampersands in your designs

What are your favorite versions of the ampersand? Show us below!

Kaitlyn is part of the Community Team at 99designs. She grew up in Boulder, CO and went to school at Northwestern University in Chicago. When she's not blogging, she spends her time having adventures and being generally creative. She's all about having new experiences as often as possible! 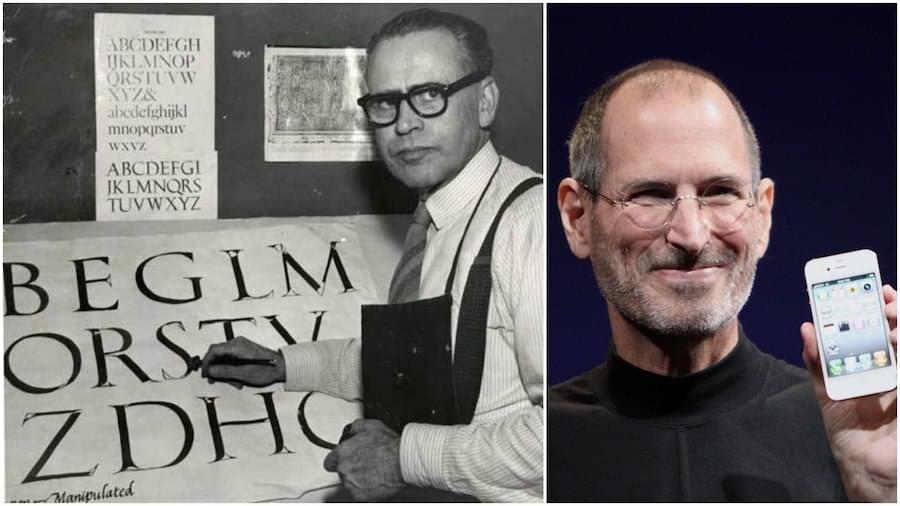 An Overview of the JavaScript History APISandeep Panda