Knowing the location of your users can help boost the quality of your website and the speed of your service.

In the past, users had to actively input their location and submit it to a site, either by typing it, using a long drop-down list, or clicking a map. Now, with the HTML5 Geolocation API, finding your users (with their permission) is easier than ever.

Figure 1 shows a website using geolocation to determine the location of a user, represented in latitude and longitude. The numbers can easily be translated into something more understandable, such as the street name or city.

Imagine how useful your site could be if it provided online timetables for all public transportation in a particular city. Using geolocation, the site could recommend optimal travel routes to get people where they’re going as quickly as possible. Desktop users could get their start location sorted by proximity to their computer. Mobile users trying to get home after a night out could quickly find the closest bus stop within walking distance. These possibilities and more are just an API away.

Scenarios for Using the Geolocation API

Here are 12 simple scenarios that illustrate how a website can accommodate users and customize their experience by taking their location into account. Some of them might seem obvious, but the small things often make the biggest differences.

Technically speaking, a PC or a mobile device has several ways to find out its own location (hopefully, in the same place as the user).

When it comes to sharing the physical location of users, privacy is a serious concern. According to the Geolocation API, “user agents must not send location information to websites without the express permission of the user.” In other words, a user must always opt in to share location information with a website.

The Position object contains the properties shown below.

Properties of the Position Object

The watchPosition function keeps polling for user position and returns an associated ID. The device determines the rate of updates and pushes changes in location to the server.

The clearWatch function stops polling for user position. It takes the ID of watchPosition as an argument.

There are two ways of presenting location data to the user: geodetic and civil. The geodetic way of describing position refers directly to latitude and longitude. The civic representation of location data is a more human readable and understandable format.

Examples of Geodetic and Civic Data

When using the Geolocation API, you get the geodetic data back from the functions. Presenting location data in raw numbers is rarely friendly or useful. Online services, such as Bing Maps and Yahoo GeoPlanet can help you translate between the two presentation modes.

Even though geolocation works in all the major browsers, you still have to take into account the scenarios in which location can’t be provided. For example, a user might be running an older browser or have hardware that doesn’t include positioning devices, or simply might not want to automatically share location information. The location detected could even be incorrect. In such situations, you should always include an alternative or a fallback method so users can enter or change their location manually.

Copy and paste the example code below and save it as an HTML file. Open it in your favorite browser and follow the two-step instructions on the website to see the Geolocation API draw a blue circle around your current location.

If you run the code as is, your location will be shown along with a message about invalid credentials, as shown in Figure 3. To get a result without the warning text (Figure 4), you need to replace YOUR_BING_MAPS_KEY with your own key, which is generated when you sign up for a Bing Maps Developer account. 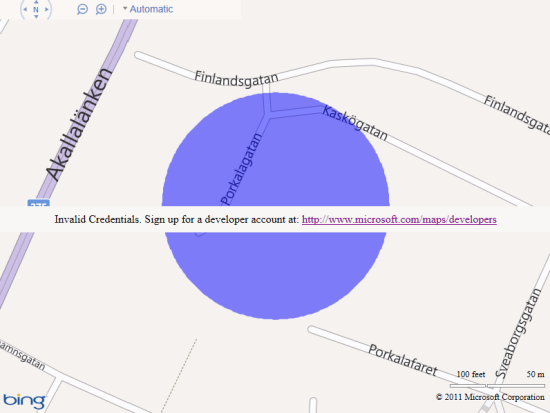 Figure 3 Geolocation Demo Mapping a Location without a Valid Key 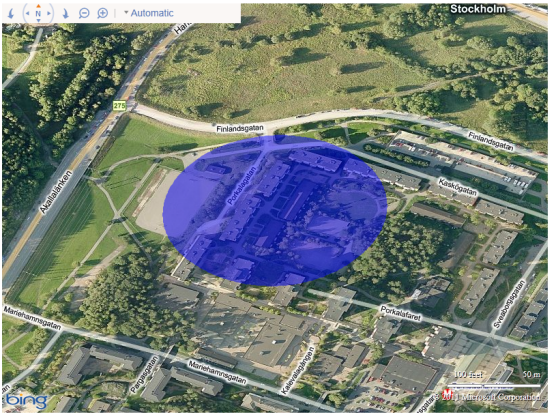 To see other examples of geolocation, which map your location using a push pin, visit IE Test Drive or attend an HTML5 Web Camp.

Danwei Tran Luciani is a developer evangelist at Microsoft. Her current focus is HTML5 and the next version of Windows. When she isn’t putting her M.Sc. degrees in Software Engineering and Interaction Design to use, she enjoys playing on the XBOX and geocaching. She tweets regularly and blogs sporadically.

Working with Geolocation and the Google Maps APIAurelio De Rosa