Back in July 2015, jQuery announced the first alpha of jQuery 3.0 – a major release after a long time. Let’s take a look at what’s new in jQuery and how you can use it.

Update: jQuery had tried a new implementation in alpha, but have reverted that change in the 3.0 beta.

With the 3.0 beta, there’s now improved performance for hiding many elements. The jQuery team made the demo available here. One of the tests revealed this result:

In addition to this, another suggested way to go about showing and hiding elements is to use addClass() and removeClass() to control visibility. Or we can call hide() on the elements during the ready() call. 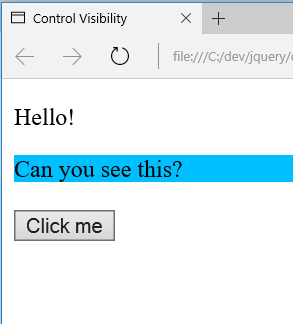 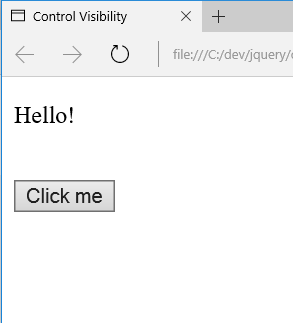 The jQuery team changed the .data() implementation to closely match the HTML5 dataset specification. If the key in the data-* attribute contains a digit, the digits will no longer participate in the conversion. Consider this example: 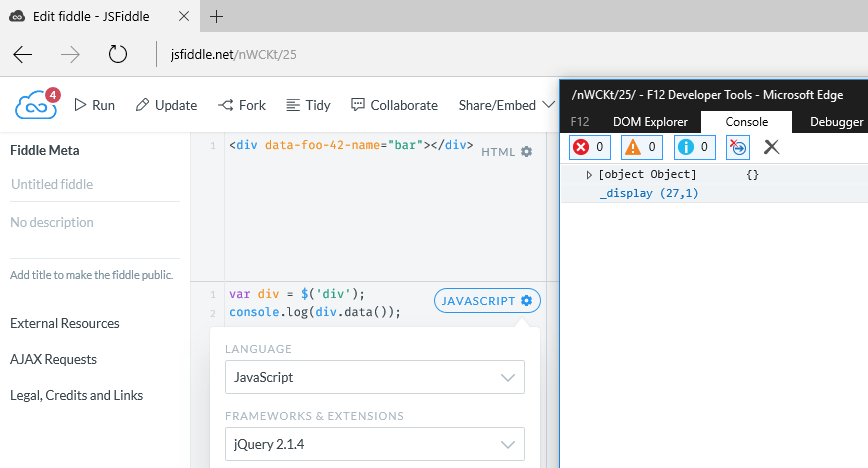 The console window does not display the object. 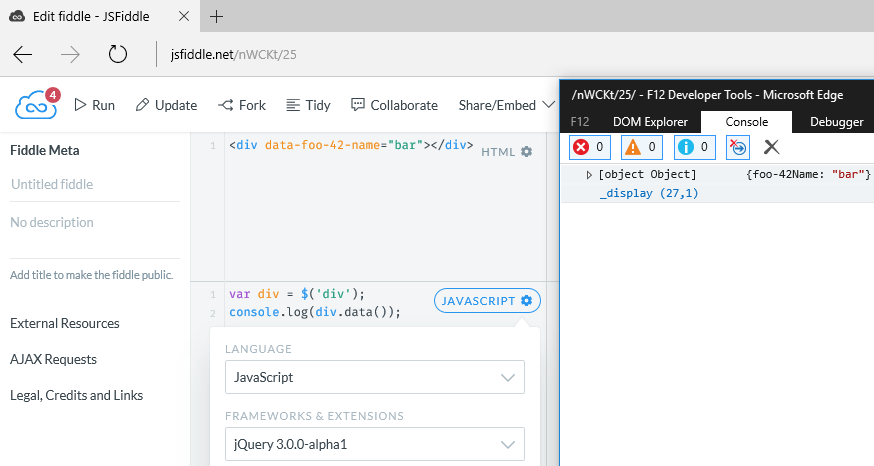 The key is converted to foo-42Name as digits do not participate in the conversion to camel case now. Hence, we get the output in console. The fiddle is available at https://jsfiddle.net/nWCKt/25/. You can change the jQuery versions to see the changes.

Similarly, if we want to display all the data using data() with no arguments, the number of arguments will change in the two versions of jQuery if any of the key names of data-* attributes had a digit immediately after the hyphen (-), like in the above case.

Some browsers return subpixel values for width and height. jQuery now returns decimal values for .width(), .height(), .css(“width”), and .css(“height”) whenever the browser supports it. For users looking for subpixel precision for designing webpages, this may serve as good news.

These methods which were deprecated earlier, have now been removed from in jQuery 3.0.0 beta. The recommended way is to use .on() to handle these events. Short example:

Iterating over jQuery objects is possible now, using ES2015 for-of. So, you can use things like:

jQuery Animations Now Use requestAnimationFrame API at the Backend

.unwrap() method, which lets you remove the parents of the matched elements from the DOM, did not use to accept parameters earlier. This could be an issue if someone wants to unwrap basis a condition set on the parent.

With jQuery 3.0.0 beta, .unwrap() accepts the jQuery selector parameter to handle this.

A promise is an eventual result of an asynchronous operation – it is an object that promises to deliver a result in future. The primary way of interacting with promise is through the then method, which registers callbacks. Using Promise for asynchronous work in JavaScript is becoming increasingly popular these days. Promises/A+ is an open standard for interoperable JavaScript promises. (For more info, check out this link: https://promisesaplus.com/)

From jQuery documentation, the Deferred object is a chainable utility object created by calling the jQuery.Deferred() method. It can register multiple callbacks into callback queues, invoke callback queues, and relay the success or failure state of any synchronous or asynchronous function. In jquery 3.0.0 beta, the jQuery.Deferred objects are updated to be compatible with Promises/A+ and ES2015 Promises. Hence, there were major changes madeto .then() method.

This version of jQuery has better handling of error cases – incorrect requests which have been ignored till now, throw up errors.

For example: Consider offset, which gets the current coordinates of the first element, in the set of matched elements, relative to the document. If you were trying to find out the offset for a window with earlier versions of jQuery, you’d get the result as {top: 0, left: 0} instead of an error being thrown, since the offset for a window does not make sense. With the 3.0 beta version, it will now throw up an error.

Another example: $("#") now throws an error rather than returning 0-length collection.

There have been massive performance improvements made when selectors like :visible are used in a document multiple times. Internally, this is done by caching – so the first time the selector is used, the result is the same. But, each call after that gives results way faster, since caching comes into play. Timmy Willison from jQuery reported that it leads to about 17x improvement for the :visible selector!

These were among some of the major updates made. Entire list is available on their official blog: http://blog.jquery.com/2016/01/14/jquery-3-0-beta-released/.

There are two releases:

With Microsoft dropping support for IE8, IE9 and IE10, jQuery has dropped support for IE8 in jQuery 3.0. If you need IE6-8 support, you should use the latest 1.12 release.

Feel free to try out this beta version and give feedback on https://github.com/jquery/jquery. It’s worth a shot!

As a Technology Evangelist at Microsoft, Saurabh Kirtani enjoys getting developers get on-board with various technologies. He has worked majorly on web development (JavaScript, HTML/CSS3, RWD, MVC), IoT-based solutions, Azure and also on game development by Unity. He has been an active speaker at various developer camps and conferences. Other than technology, he likes to travel, follow cricket, watch comedy/suspense TV shows, and spend his time on Quora!