Ionic is a framework for building hybrid mobile apps using the web technologies you know and love, Angular and Cordova. The Ionic 2 release (currently in beta) leverages Angular 2 (also in beta) and ES6, and you can opt into TypeScript if you prefer. It allows you to write your application code once in HTML, CSS and JavaScript and deploy to multiple targets using the same code and have them look and feel like native iOS and Android apps. In this quick tip I will cover installing the Ionic framework and how to get started creating an app.

On OSX and Linux open a Terminal and run:

Note: Ionic 2 requires the @beta tag until the full version is released.

If you’re curious about TypeScript you can include it with the --ts flag.

Run in the Browser

To open the app in your browser run:

This will compile your assets and start a local development server. 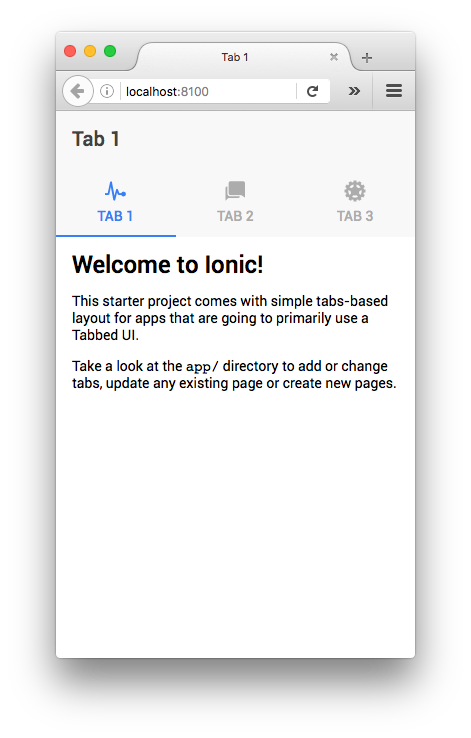 You will now be at the ionic prompt, to return to you normal prompt type quit.

To build and run an app you’ll need to have installed the SDKs for each platform that you want to target. To check you have everything installed needed for the platforms you have added run:

Run on a Platform

This command will re-compile the assets, and install on the device with Cordova. 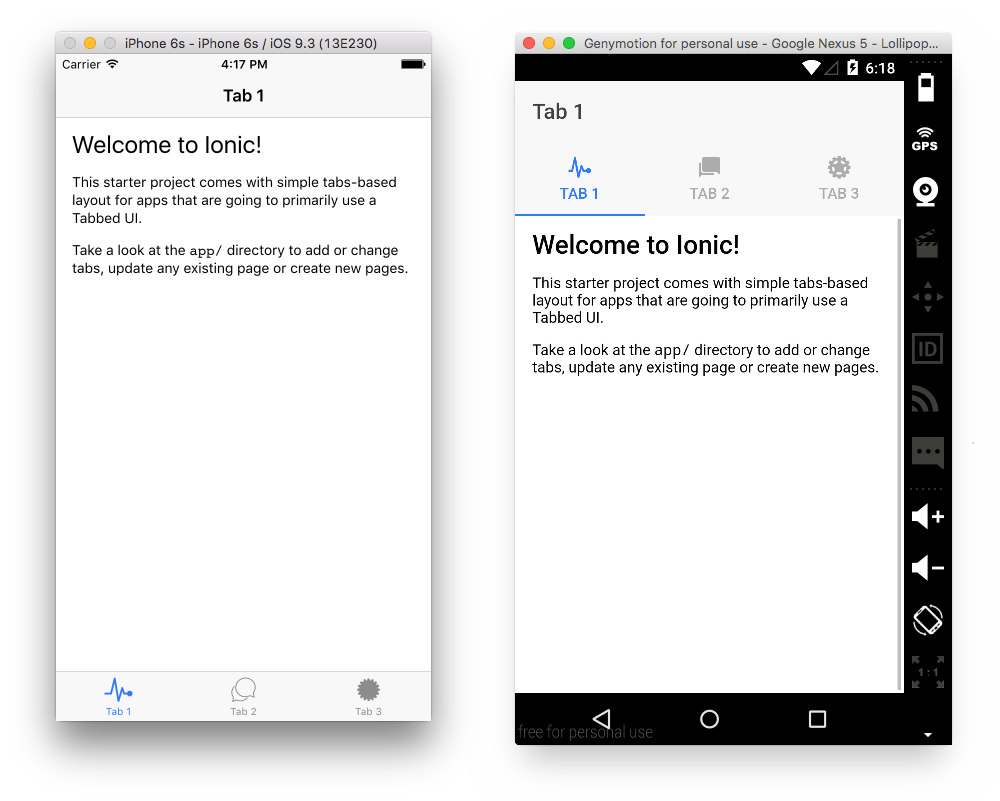 One nice thing about Ionic is that the single code base is styled to suit each platform. Colors, fonts, icons, form elements and components all look the part. The Ionic team also take performance seriously, so you’ll be hard pressed to tell an application apart from their native cousins.

During development you can do the majority of the coding and testing in the browser with ionic serve. To test on a device you’ll need to build and run with ionic run <platform> to see the changes reflected in an simulator.

If you haven’t used Cordova before it’s worth reading SitePoint’s Quick Tip on Installing Cordova as that’s what Ionic is built on top of.

Next I recommend the Ionic 2 Tutorial which explains how to get started with pages and navigation, and SitePoint has plenty of articles covering Ionic to dig deeper.

Creating a Bucket List with the Ionic Framework and FirebaseJay Raj