The topic of this article is actually quite specific. Recently, I faced a situation where I needed to preload a lot of images in parallel. With the given constraints, it ended up being more challenging than first expected, and I certainly learnt a lot along the journey. But first, let me describe the situation shortly before getting started.

Let’s say we have a few “decks” on the page. Broadly speaking, a deck is a collection of images. We want to preload the images of each deck, and be able to know when a deck is done loading all its images. At this point, we are free to run any piece of code we want, such as adding a class to the deck, running an image sequence, logging something, whatever…

Indeed, it is not ideal because we end up having decks waiting for previous ones to finish. So in a scenario where the first deck has dozens of images, and the second one has only one or two, we would have to wait for the first deck to be fully loaded before being ready for deck 2. Ugh, not great. Surely we can do better!

Alright, let’s start with creating some markup so we all agree on what’s going on.
By the way, in this article I will assume that you are familiar with the idea of promises. If it is not the case, I recommend this little reading.

Markup-wise, a deck is nothing but an element such as a div, with a deck class so we can target it, and a data-images attribute containing an array of image URLs (as JSON).

On the JavaScript side, this is —unsurprisingly— a bit more complex. We will build two different things: a deck class (please put this between very large quotation marks and do not nitpick over the term), and a preloader tool.

Because the preloader has to be aware of all the images from all the decks in order to load them in a specific order, it needs to be shared across all the decks. A deck cannot have its own preloader, else we end up with the initial problem: code is executed sequencially, which is not what we want.

The execution code snippet would be:

I hope it makes sense, so far!

Depending on what you want to do with the deck, the “class” can be quite long. For our scenario, the only thing we do is add a loaded class to the node when its images have done loading.

The Deck function has not much to do:

It’s going very well so far, isn’t it? The only thing left is the preloader, although it is also the most complex piece of code from this article.

We already know that our preloader needs a queue method to add a collection of images to the queue and a preload method to launch the preloading. It will also need a helper function to preload an image, called preloadImage. Let’s start with that:

The preloader needs an internal queue property to hold the decks it has to preload, as well as their respective callback.

items is an array of objects, where each object has two keys:

Knowing this, we can write the queue method.

Alright. At this point, each deck can append its images to the queue. We now have to build the preload method that will take care of actually preloading the images. But before jumping on the code, let’s take a step back to understand what we need to do.

Preloading an image means creating a new image from JavaScript (using new Image()) and apply a src to it. This will intimate the browser to load the source asynchronously. Because of this asynchronous process, we need to register a promise, that will resolve when the resource has been downloaded by the browser.

Basically, we will replace each image URL from our arrays with a promise that will resolve when the given image has been loaded by the browser. At this point, we will be able to use Promise.all(..) to have an ultimate promise that resolves when all the promises from the array have resolved. And this, for each deck.

Let’s start with the preloadImage method:

And now, the preload method. It does two things (and thus could possibly be split in two different functions, but that’s outside of the scope for this article):

That’s it! Not that complex after all, do you agree?

The code is working great although using a callback to tell the preloader what to do when a deck is loaded is not very elegant. You might want to use a Promise rather than a callback, especially since we used Promises all along!

I was not sure how to tackle this so I have to agree I asked my friend Valérian Galliat to help me on this.

Applying this to our code, it would change very little things. The .queue(..) method first:

The resolution in the .preload(..) method:

And finally the way we add our data to the queue of course!

In case you want to see the code in action, take a look at the demo below:

See the Pen QjjGaL by SitePoint (@SitePoint) on CodePen.

There you go folks. In about 70 lines of JavaScript, we managed to asynchronously load images from different collections in parallel, and execute some code when a collection is done loading.

From there, we can do a lot of things. In my case, the point was to run these images as a quick loop sequence (gif-style) when clicking a button. So I disabled the button during the loading, and enabled it back once a deck was done preloading all its images. Thanks to this, the first loop run is going seamlessly since the browser has already cached all the images.

I hope you like it! You can have a look at the code on GitHub or you can play with it directly on CodePen. 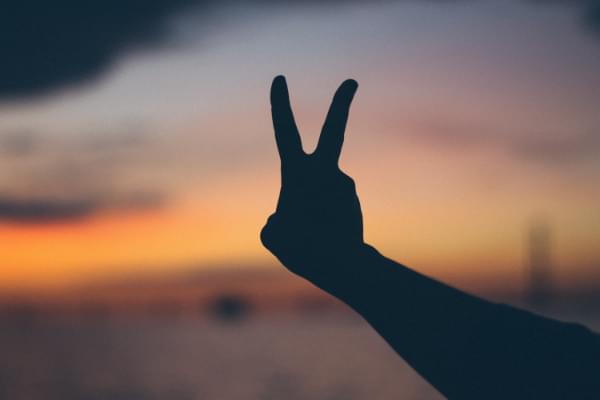 An Overview of JavaScript PromisesSandeep Panda