The web has been a standard platform for both consumer-facing and business-facing applications for more than 10 years. The enormous amount of open source projects, commercial tools, and frameworks make fast web development possible.

Even with many choices for a web development framework, application development is still a very challenging job.

A good framework can help developers code with good programming practices such MVC and ORM, although to build a real world application we sometimes have to spend time writing code beyond the capability of the framework.

All the above tasks are necessary but not the highlighted features of the application. Spending too much time on them brings frustration to both clients and the development team.

Openbiz Cubi is a mature platform, mainly for the fast development of business applications. It was designed to relieve the pain of such application development by providing:

To learn more about Cubi, be sure to visit the project site code.google.com/openbiz-cubi and official website www.openbiz.me.

To install Openbiz Cubi, you need to download either the source code or Windows installer from code.google.com/p/openbiz-cubi/downloads/list, or you can get the latest source code from the Openbiz Cubi SVN server.

When you choose to download the source ZIP archive or get the source from SVN, you can follow the steps below to install it:

If you use Windows as your development environment, you can install Cubi with its Windows Installer. The installer: 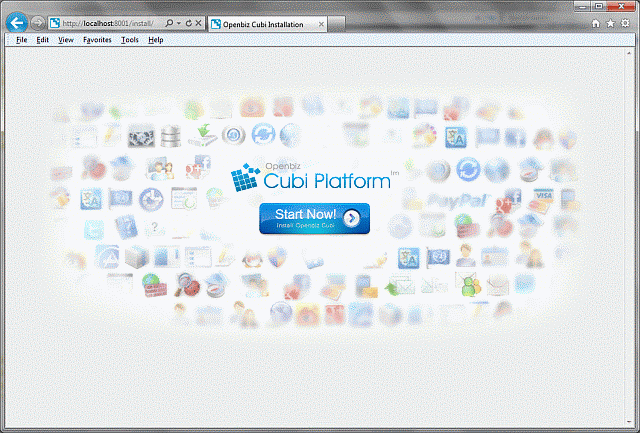 Click the Start Now button and follow the steps until you see Installation Completed page. Then you’ll be ready to test drive Cubi. 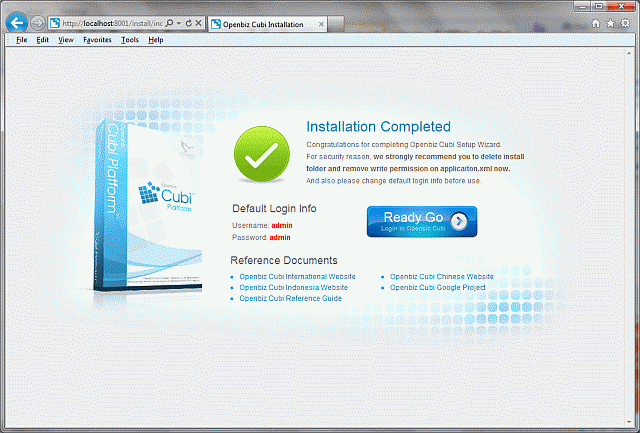 A Quick Tour of Openbiz Cubi

After you log in to Cubi as admin, you’ll see the Administration dashboard. You may see other tabs as well, like “Contacts” and “Calendar”.

Cubi is made of modules. All modules are under the cubi/modules directory. Of the many built-in modules, the following are the most important; they are core modules that are often used by other modules:

A typical Cubi page on the front-end is composed of four sections: 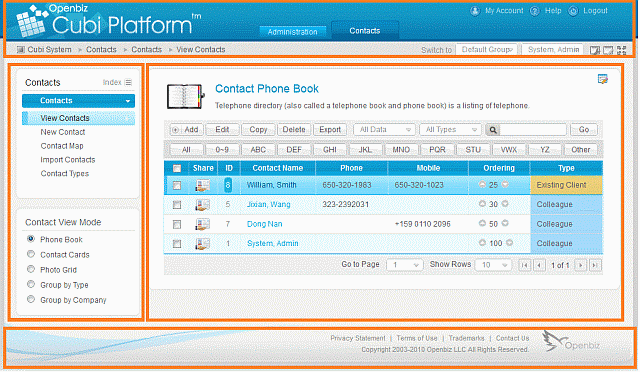 A Cubi user account is simply called “user”. A role usually means a type of user. Different roles are permitted to do different things. Cubi comes with three roles: administrator, member, and visitor. A user can be assigned to one or many roles.

An administrator needs to use the Role Management page to allow or deny resources for a given role. When he wants to grant a user certain permissions, he associates the user to a new role that has those permissions. 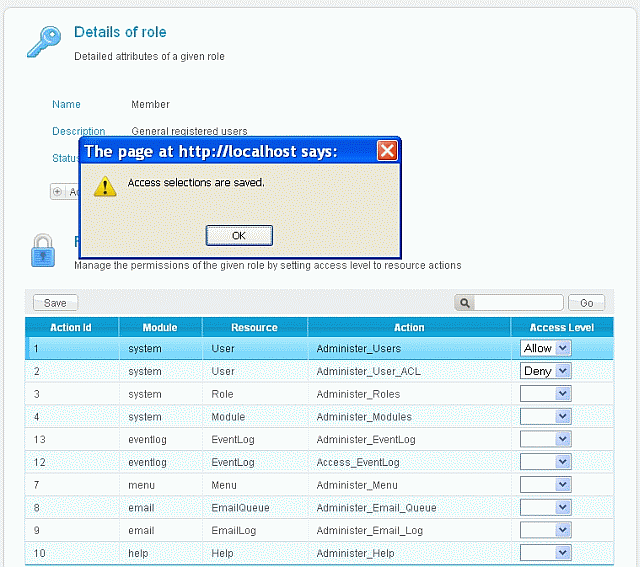 This is where I’ll end the first part of the series. So far we’ve talked about the challenges web developers face and how Openbiz Cubi can help, how to install Cubi, and undertook a brief overview of how Cubi is organized. In the next part I’ll dig deeper and show you how to create your own module. Stay tuned!

Rocky Swen is the founder of the Openbiz Cubi open source project. He spent his career on cloud, mobile, video encoding and streaming, business intelligence and enterprise technologies. During weekends he enjoys hiking with his family and playing tennis with friends.