In this article I will list some statistics released by the World Health Organization (WHO) and other known sources. I hope this post will help to create awareness on the importance of creating content for those using assistive technology, including blind as well as hearing impaired people.

Note: Some of the data presented in this article in images is not accessible. The images are merely to demonstrate some of the statistics in another format. All of the images have source links where the data can be found in more accessible formats (e.g. PDF).

Understanding Why People Have Disabilities

Before getting into the stats, let’s first briefly look at some causes behind disabilities: 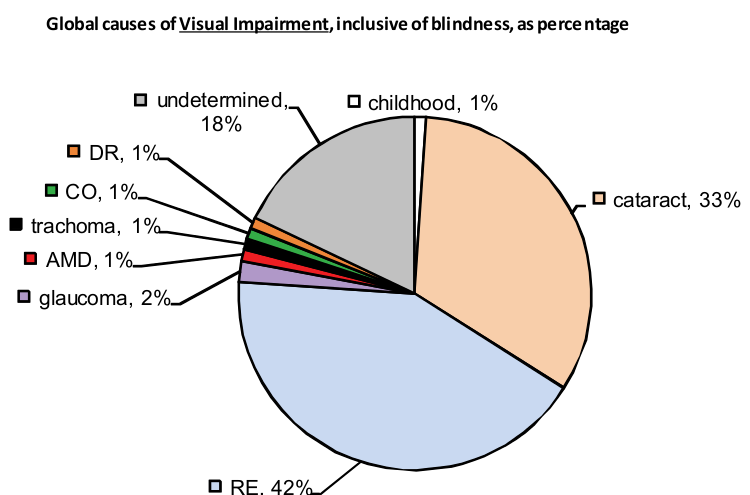 We don’t need an extensive discussion of causes here, so that should suffice to get a general understanding. Let’s consider the stats now.

According to WHO, there are 285 million people worldwide who, due to some disability (i.e. they are suffering with low vision), cannot read all content on a website. 39 million of those people are blind and cannot access any of the content via sight.

Additionally, there are 360 million people suffering from hearing loss worldwide. 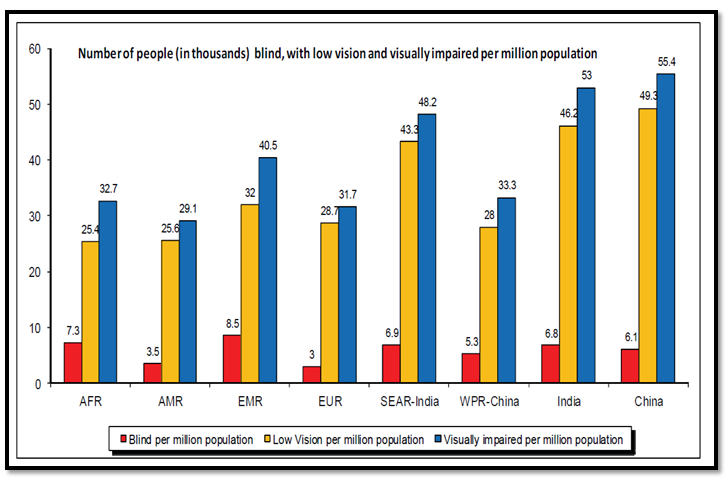 Number of people (in thousands) blind, with low vision and visually impaired per million population (source)

Here are some further statistics:

2010 Global estimate of the number of people visually impaired by age, for all ages in parenthesis the corresponding prevalence (%) (source)

Number of people visually impaired and corresponding percentage of the global impairment by WHO Region and country, 2010 (source)

Here are some facts from thee FightForSight report, a study done in the UK:

Some statistics related to Deafness (2012)

Accessibility guidelines are not for blind people only. As mentioned above, there are more than 600 million people suffering from hearing problems, cognitive disabilities, and other hearing-related issues. The figures below show some data from WHO regarding hearing disabilities: 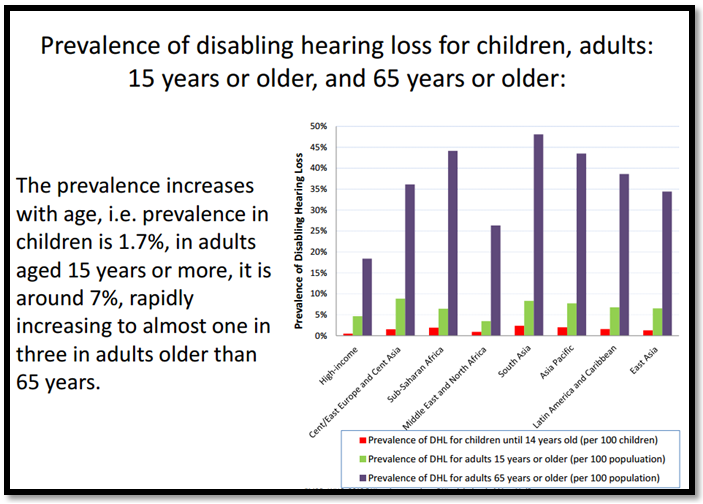 Prevalence of Disabling Hearing Loss (DHL) in some regions (source) 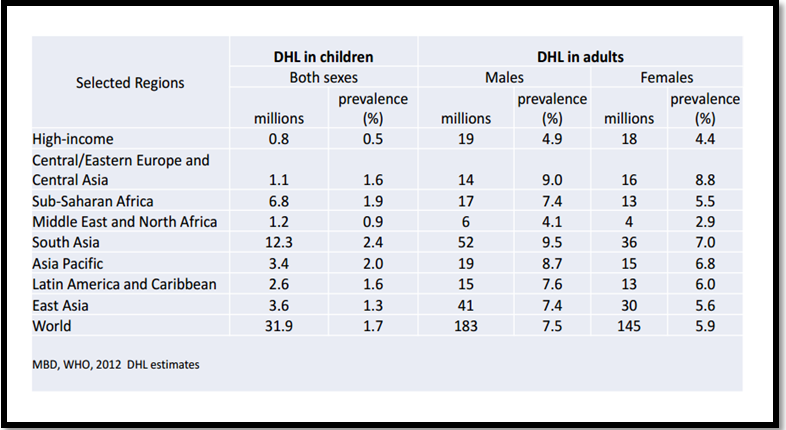 A Social and Legal Issue

If your content is not equally distributed to everyone then this lack of accessibility becomes a social and legal issue. There are some laws that define that services provided should be available to everyone regardless of ability.

The 2010 Equality Act and its predecessor the 1995 Disability Discrimination Act created a legal duty for businesses and organizations to ensure their services are available to everyone regardless of disability.

There are a number of initiatives under way all over the world to create awareness about accessibility, the visually impaired, hearing disabled people, and other issues, including Google’s Web accessibility course, Foundation Fighting Blindness, Adobe’s Accessibility Initiatives (PDF), and more.

The Future of Accessibility

There is much to look forward to as many big initiatives are taking relevant steps to spread awareness. There is Google’s Accessible Web Search for visually impaired people, Foundation Fighting Blindness, various initiatives by World Health Initiatives are just a few.

I personally know more than 50 people suffering from incurable eye diseases with low vision from India, USA, Nepal, South Africa, etc. I also have had conversations with more than 20 designers and developers who have developed interactive websites, but still don’t know the importance of accessible websites.

I look forward to users with disabilities having the same ability to access content as everyone else. And if designers and developers need any extra incentive, besides those already mentioned in this article, making a websites equally accessible to all means your website traffic will increase and ultimately this will mean a more successful website.

So how many of your users require accessible content? You won’t know unless you analyze your own visitor data. In the meantime, the stats discussed above should give you a general idea that you can use as a gauge for future projects.