A new ‘technology’ comes along and is initially dominated by a small clique of ‘in-the-know’, mostly male, often bearded, ‘tech geeks’.

Quite soon that ‘technology’ goes mainstream and is adopted by women and men, young and old, families, couples and single for all sorts of new and innovative needs.

And then some of those original guys get a bit grumpy because things aren’t like they were in the good ol’ days™.

And some of them behave badly.

Looking back now, it’s impossible for us to understand the sense of gobsmacked wonder that the invention of the telegraph caused in the mid 1800s.

At a time when the word ‘technology’ meant ‘steam-powered’, the concept of invisibly, instantaneously communicating across hundreds of miles was indistinguishable from pure magic. 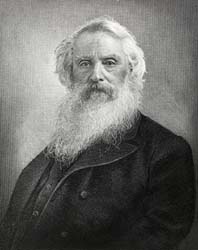 But as any successful tech tends to do, the user base expanded quickly in both size and diversity.

And since operating a telegraph machine was a learnable skill where size and strength were no real benefit, it was a job that attracted a lot of young, smart, single, often working-class women.

This meant that many early city telegraph services became the first offices staffed by a predominantly female, technically-literate information workers.

This had some interesting flow on effects.

The Moral Decay of the Society?

Firstly, companies were happy to employ women – they were paid less – but generally pressured them to resign when they married. This ‘woman’s place is in the home’ idea got a lot of momentum as former Civil War soldiers began returning to the workforce. 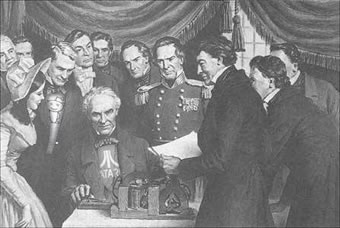 There is no doubt that many 1800’s men were threatened by the concept of women that weren’t financially reliant on a father or husband. This fear played out in many ways.

Some lashed out petulantly. Male telegrapher would transmit profanities over the wires designed to make female operators feel uncomfortable. In 1875 the Chicago Western Union office dismissed operator Ed Agnell after listening in on his expletive-laced transmissions to other offices.

Others spread rumour and innuendo about the ‘immoral conduct’ of female co-workers – a particularly devastating attack in the era of Victorian social values.

Women were also excluded from union membership for many years. At an 1865 vote to admit women to the National Telegraphic Union, the Boston delegate, a Mr. Stover claimed

..as operators they (women) are no honor to the profession. … the result is constantly making blunders to such an extent that I know every telegraphic superintendent .. are weeding them out. I trust we shall do nothing to bring them into the union’.

When immediately rebuked by conference organisers, Mr. Stover went on to assert that while there were a very small number of good female telegraph operators, the business skills required to achieve this level of proficiency were not proper “womanly” behavior, and inferred that any women that DID succeed must not be a proper woman.

What a charming fellow. *sigh*

Again he was strongly rebuked by both men and women, but we’d have to believe Stover wasn’t alone in his views.

There were also genuine arguments put forward that the telegraph was leading to the moral downfall of society. Letters to newspapers warned that poor, innocent, young women risked being tricked into marrying scoundrels and villains over the telegraph wire.

I didn’t say it was a plausible argument – but that’s what they claimed.

Regardless of this ever-present threat of malevolent marriage, women didn’t seem to be discouraged from entering the industry. By 1920 there were nearly 17,000 women telegrapher working across the US, making it the third most common employment (behind domestic services and teaching).

There was also a certain amount of awe and fascination for those who ‘controlled the wires’ so telegraph operators took up an important place in the pop culture of the late 1800s. 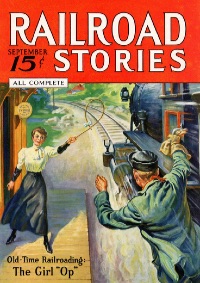 The telegraph office provided daily opportunities for an eligible young bachelorette to come into contact with young businessmen, and dime store novels often centered around the adventures of sassy, modern ‘girl ops’.

In 1880, Ella Cheever Thayer, a working telegrapher, published what must be the first novel concerning a cyber-romance – ‘Wired Love’ is the story of two telegraphers who fall in love without ever meeting in real life.

So what can we take from all that?

Perhaps I’ll just finish with the words of Lewis H. Smith, the editor of the NTU’s Telegrapher periodical magazine in 1865 and a very progressive fellow for his time:

“If men and women could change places, how think you the former would come out? If we were hampered and excluded as women have been for centuries, where would be our boasted superiority?”

Smith attracted flak from the NTU rank and file for his position, but never backed away from them.

So, here’s a salute to the eloquent voice of Mr. Lewis H. Smith! And another to all Lewises since.