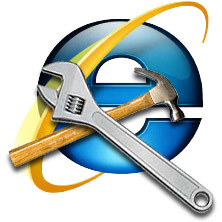 Love it or hate it, Internet Explorer is here to stay. The news that Microsoft is working on IE9 was met with mixed feelings and caused intense debate among developers.

Rather than berate Microsoft and their browser, let’s offer some constructive advice for the IE development team. Here is my IE9 top 5 wish list:

IE is lagging too far behind the competition and Microsoft continually plays catch-up rather than innovating.

Come on Microsoft — make your browser the best standards-based platform and the Silverlight users will come.

2. Make a decision about HTML5

In the past, Microsoft led by example. However, the company has adopted a wait-and-see policy with HTML5 and has neither fully embraced nor totally rejected the standard.

HTML5 may still be a draft specification, but it will never become a viable technology without Microsoft’s involvement and backing. Microsoft — please make a decision one way or the other and let us escape development limbo!

3. Stick with Trident but update it regularly

There are persistent rumors that Microsoft will switch to the WebKit rendering engine. It will never happen and nor should it.

We already have two mainstream WebKit-based browsers: Safari and Chrome. If IE switched, WebKit would become the world’s most dominant rendering engine. It would make web development significantly easier, but it would reduce competition and restrict innovation. We experienced many years of IE6 domination and no organization should ever have that power again.

Trident is undoubtedly improving, but it evolves at a snail’s pace and updates appear every couple of years. Microsoft — let us have regular incremental improvements.

4. Clean up the interface

IE’s interface is a mess. IE6 was clean and simple, but IE7/8 looks like a pile of regurgitated Windows controls. It’s ugly, confusing, wastes space, has options in odd places, and hinders rather than helps the user.

Part of the problem is Microsoft’s insistence on adding unnecessary features with trendy marketing names. How successful were Accelerators and Web Slices? How many people understand what they are?

Microsoft: concentrate on the basics and make web browsing easy. Users should be able to ignore the application and not need to learn it.

IE8’s developer tools were a vast improvement on previous incarnations, but they still look like a rushed last-minute addition to the browser. Microsoft produce some of the world’s most widely-used developer tools, so they have little excuse for not providing good-quality browser tracing and debugging facilities. At the very least, Microsoft should make it easy for third-party developers to hook into the rendering engine.

Have I missed your top wish for IE? Comments welcome, but let’s keep it positive, folks … we don’t need 57 “I wish IE would die” posts!