“The mobile market is increasing”

“People accessing the web through a mobile device (smartphones, tablets etc.) will overtake those accessing it through a desktop or a laptop”

Today we’re all aware, at least we should be, that the mobile market is significant when developing anything for the web.

For years there has been discussion and differing points of view about native applications versus web applications and on which is the best. Regardless of your opinion, it used to be a fact that native mobile applications allowed to access hardware components that web pages couldn’t. But is this gap still valid today? Have web technologies improved to the point where we, as developers, can code with just HTML, CSS, and JavaScript?

In this article I’ll introduce some JavaScript APIs that allow your web pages to access hardware components of mobile devices or that can empower your web application on mobile devices.

The Battery Status API provides information about the system’s battery level or status. Thanks to this API you are able to know if the battery is charging or not, how long before the battery will be fully discharged, or simply its current level. These details are accessible through four properties that all belong to the window.navigator.battery object. This API also defines events that can be fired when there are changes in the mentioned properties.

This API is useful in cases such as where you (or your users) are on a bus working hard on a document using a web application and forgot to save the changes you made. Suddenly, your smartphone shuts down and you go crazy because you have lost a lot of time and all your work. Thanks to this API we can develop pages able to detect the current level of the battery and save changes more frequently to prevent data loss in case it’s low or critical.

At the time of writing the Battery Status API is only supported by Firefox but detecting support for this API is easy and is shown below:

A simple example of using this API is the following:

If you want to experiment with this API, we have a demo just for you. If you want to investigate further, we have covered the Battery Status API here at SitePoint.

On mobile devices we’re familiar with the concept of notifications, they are implemented by many apps that we have installed on our devices. On the web, websites implement them in different ways. Think of Google+ and Twitter, they both have a notification mechanism but the implementations are different.

Currently, the API is supported by Chrome, Firefox, and Safari. The mobile browsers that support the Web Notifications API are Firefox, Android 4.4+, and Blackberry. Do you see something weird? Chrome mobile doesn’t support the API! Sad but true.

Due to the browsers that do support this API, more than half the market is covered but because we want to be sure our JavaScript code doesn’t try to call unsupported methods, we have to test for support. We can do that employing the following snippet:

Excited by this API? Great! You can read more about it in the article “An Introduction to the Web Notifications API” and also play with a live demo.

The Proximity API is a JavaScript API that we can use to detect the proximity of an object to the device where the web page is running. The distance is measured by a proximity sensor, if your device has one. The Proximity API doesn’t provide properties or methods, only two events fired on the window object. We can listen for them to perform operations. The first event, deviceproximity, provides information about the actual distance between the device and a nearby object, while the second event, userproximity, only specifies if there is an object nearby.

The only browser that supports this API is Firefox, both on desktop and mobile, starting from version 15. Unfortunately, because many laptops and desktops don’t have a proximity sensor, we have to target mainly mobile devices.

To detect support for this API:

A simple example of use is shown below:

The Vibration API is a very simple API, consisting of one method that gives us the power to vibrate a device. One obvious use is in games where we can recreate effects introduced a decade ago by some consoles. However, this isn’t the only possible use of this API.

As I mentioned, the Vibration API exposes only one method called vibrate(). The latter belongs to the window.navigator object and accepts, in its simplest form, an integer that specifies the number of milliseconds the device should vibrate.

This API is supported by all major browsers except Internet Explorer and Safari. Despite this, it may be the right time to use it in your next project. In fact, if it’s supported, you’ll offer your users a better experience (unless you abuse of this feature, of course). Detecting for support is very easy and it’s shown below:

A very simple use of the API is the following:

To learn more about this API read the article “How to Use the HTML5 Vibration API” and don’t forget to play with the demo.

The last API I want to discuss is the Device Orientation API. Detecting the orientation of a device is useful for a wide range of cases, from navigation applications to games. This API defines several events that provide information about the physical orientation and motion of a device. This API is a W3C Working Draft, which means the specification isn’t stable and we may expect some changes in the future.

The API exposes the following three events deviceorientation, devicemotion and compassneedscalibration. The first is fired when the accelerometer detects a change of the device orientation. The second is triggered every time the device accelerates or decelerates. The last event is fired when the user agent determines the compass requires calibration.

This API is supported by almost every major browser (except Safari) but the support is partial or has inconsistencies. For example, at the time of writing, very few browsers support the compassneedscalibration event. So, my advice is to test for each of these events to know if it’s supported. To test for the presence of the deviceorientation event you can write:

If, for example, you want to test for the devicemotion event, you can write:

In case you want to play with this API we have a demo that you can use. If you want to study it, we have the article “Using Device Orientation in HTML5“.

In this article I showed you some APIs that can empower your web pages for mobile visitors.

The use cases for these APIs are endless and it all depends on your fantasy and the type of application or website you’re developing. I hope you enjoyed this article, let me know of any other APIs you think may be useful. 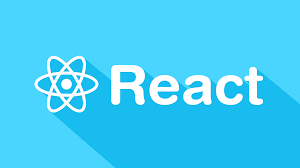 How to Empower the Amazon Echo with IFTTTPatrick Catanzariti