They said they’d be dead.

Gone from our docks and into our browsers.

The demise of the desktop apps has long been predicted in favor of browser-based models. But with services such as Slack, Sunrise and Quip all going desktop, can we stop writing the eulogies for native apps after all?

The demise of the native app

You don’t see a downfall in good technology for a reason. As many articles have pointed out, the tech industry has been ditching the native app in favor of the web app.

And if you’re wondering why, it turns out they have some pretty solid reasons. Here’s five.

It’s often far easier to convince people to use your app if they can get started right away. Downloading and installing feels like more of a commitment than having a play around right in your web browser. You’re effectively removing one big step in the on boarding process.

Ok, since automatic updates were introduced this one isn’t the huge benefit it once was. Yet updating your app on the web does ensure that nobody is using an outdated version. This in turn eliminates most compatibility issues.

3. Lends itself better to a recurring pricing model

Downloadable apps are associated with one-off payments. You buy it, you own it.

It’s not to say that you can’t do this with desktop apps – think Dropbox and the controversial Creative Cloud. But people do seem more open to paying a subscription for a web app.

From a business point of view, being able to see first hand how your users interact with your product can be a huge advantage. It can help you cut any usability issues and reassess features that nobody is engaging with.

You want a native app that works on OS X, PC and Linux? Be prepared to shell out some big bucks.

Good programmers don’t come cheap and with all those versions to develop, it’s no wonder a lot of people are favoring browser based apps.

Looking at the above, it seems like a no-brainer to opt for a web app over a native. So why are companies still releasing the downloadable counterparts?

In contrast to the above, there are still a few small but important features that browsers can’t currently compete with.

People move about. They don’t always sit at home with their fibre optic broadband humming happily beside them.

They get on trains, stay in hotels and sometimes set up camp in coffee shops (with intermittent wifi at best).

That’s not to mention people residing in countries where reliable Internet isn’t a given.

A few companies are approaching web app development offline first which is great.

But there are still a lot of kinks to be worked out such as handling conflicting data from many sources and losing important data.

Even if they rely on a connection to sync, it’s easier to work from your desktop than worry about hitting the back button or clicking anything that could face you with this:

Maybe Chrome was a bad example, that space bar game is really addictive.

2. The beauty of the dock icon

If you have a native app, you get your own big shiny dock icon. As long as people remember to put your app in their dock you’re in a much better position for consistent use.

If your users are anything like me, their browser tabs get a little overwhelming. Here’s mine just for writing this article:

Tabs can get lost in the crowd. Or worse, they can be closed never to be reopened. With a native app your logo has less competition and is less likely to be accidentally closed.

This only applies if you just have a native app and not a hybrid. Hosting a large web app that potentially thousands of people need constant access to ain’t gonna come cheap.

If you just have a downloadable app, your hosting will only cost the small price of having a few web pages with a download link.

4. It’s getting easier to do both

The main reason I think we are seeing an increase in native apps is the ease in which you can create one now.

Popular messaging app Slack uses MacGap to pull in the functionality of the web app and then add a native wrapper around it.

If your app is simple, this can be a great way to get it on people’s desktops at a pretty low cost. See how FrontApp have transformed their product into a hybrid app using mostly HTML/CSS.

So are desktop apps making a comeback?

As often is the case, yes and no.

I don’t think the native app was ever dead, it just became less practical and more expensive to develop them.

Not only from a business perspective but from a user POV too (Think InVision, Google Analytics and Medium—these certainly don’t have a big enough need for a native version).

We need to be designing based on how people are going to use our software.

Users don’t care whether your app is native or web based as long as it does the job properly.

Jason Grigsby has an excellent article about the superfluous nature of the debate. He says:

“Just because users are interacting with the information from the web in a different interface or format, that does not mean that the web is dead or dying. To me this arc read more like an evolution than an extinction.”

The main reason we’re seeing this rise in native apps is because more companies are realizing the value of adopting both in their strategy.

And as the popularity of something grows, so do the learning resources and ultimately — the technology.

It’s more the rise of the hybrids than the fall of the desktop.

Over to you. What do you think of the native vs web debate? Is one better than the other or should we all be adopting a hybrid strategy? Let us know in the comments!

Laura is a UI/UX designer who has a hankering for cross stitch and rockets. She also runs Design Academy which aims to help developers conquer their fear of design and feels most uncomfortable writing in the third person. 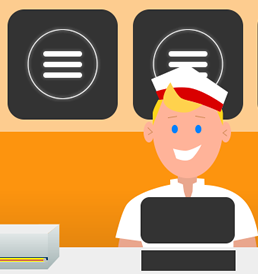 The Top 18 Finds This WeekLauren Holliday