Ever seen one of these badboys? This was some serious state-of-the-art tech in 1912 — the stenotype machine.

If you haven't come across one in real-life, you've most likely seen them in TV or movies. In courtroom dramas there's often a primly-dressed woman to one side quietly tapping away at what looks like a baby typewriter.

Stenography is still a specialist skill that requires significant training and practice to master, but that is still in high demand.

The stenotype machine has just 22 keys and no spacebar. Rather than typing each letter to build a word, stenographers use key combinations — much like chords on a piano — that can trigger much longer words. 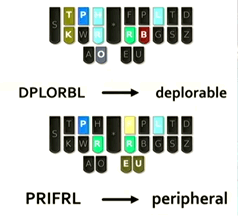 Beside court reporting, stenographers are often used in live captioning of television, as well as other general business situations.

While there are friction points to learning stenography, there's a good reason why stenographers take on the expensive tuition fees, the steep learning curve and the overpriced hardware (top-end machines are over $4,000).

A good stenographers can cruise along at 240 words per minute with 99.9% accuracy. That's a single mistake every four pages.

About four years ago, stenographer Mirabai Knight came to the conclusion that stenography had been a walled garden for too long — controlled and marginalized by big companies. She set about creating her own affordable hardware and open source sofware designed to set stenography free to the masses.

This system — called Plover — can be used by book authors, journalists, bloggers and — importantly for us — coders and developers in our daily work!

In a demo, Mirabai showed she was able to take 140 keystrokes of Python and reproduce it with steno in less than 50 keystrokes! Now, I know there are lots of 'VIM ninjas' out there that pride themselves on their supreme keyboard-fu skills, but I'd be surprised if they could touch that sort of efficiency.

Plover offers a set of laser-cut 'keytoppers' that mount directly on top of your keyboard. Note that this keyboard does need to be able to recognize multiple similtaneous keystrokes, so gaming keyboards (starting at $50) are the norm.

There are also a number of projects working on affordable standalone hardware solutions. Joshua Lifton is working on a beautiful, high-quality bamboo and aluminium prototype called the Stenosaurus. He’s looking to crowd fund its commercial production in the coming months through a CrowdSupply campaign. 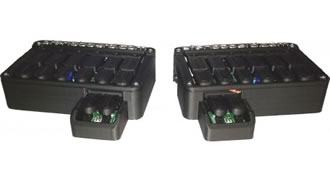 Stenoboard is a kit that lets you construct your own stenotype unit from Arduinos and parts. You can even 3d print your own parts if you like. A basic kit with all parts will set you back about $200 (ex. shipping).

The software component of Plover is free, open source, and Python-based, so you should be able to get it working on most systems.

While the startup costs are much reduced, the learning curve is certainly still there. Mirabai estimates it may take 2-3 months of practice to replicate your current QWERTY typing speeds.

After that you should keep getting faster each month for the next 2-6 years, when you'll hit your top speed.

I think that's a worthwhile return on your time investment.