Photoshop has several great tools for simulating HDR. One is Merge to HDR Pro. This method allows you to take multiple exposures of the same scene, bring them into Photoshop at the same time, and merge them together to create a true HDR photo. This does take some forethought though, as you will need at least 3 separate images to combine into a single HDR image.

For the best results, your three images should have the same exact perspective of the subject, but they should have distinctly different exposures. This will prevent ghosting. You can achieve this by using a steady tripod and simply changing the settings on your camera in between photographs.

Open up Photoshop and choose “File” > “Automate” > “Merge to HDR Pro.” A small box will come up, and you can choose within a drop-down menu to open discrete files or a folder of images. 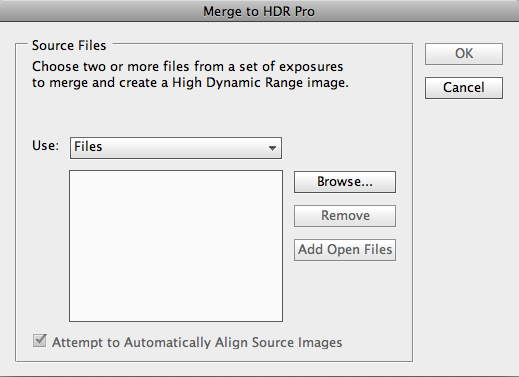 If you only want to select certain images, hold down command/ctrl and click on each image that you want. Once you have made your selections, you want to make sure that “Attempt to Automatically Align Image Sources” is checked. Then, just click “OK.” Photoshop then overlays each image onto its own layer and tries to position each image over the next one as precisely as possible. This helps to make your HDR image look as sharp as possible.

Once you select your images, Photoshop does all of the hard work for you and overlays each image automatically. Then a dialog box pops up and you have several options available.

It is important to have the Remove Ghosts option checked, because you will get much cleaner, more professional looking results. Here is the result if you forget to check Remove Ghosts: 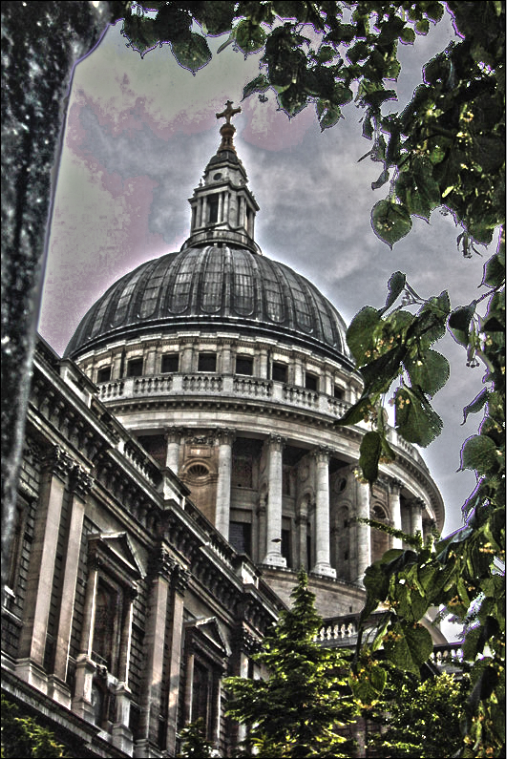 Do you see all of the purple fringe and the purple blotches in the sky? This isn’t normally found in HDR images. Here is the much better result with the Remove Ghosts option checked: 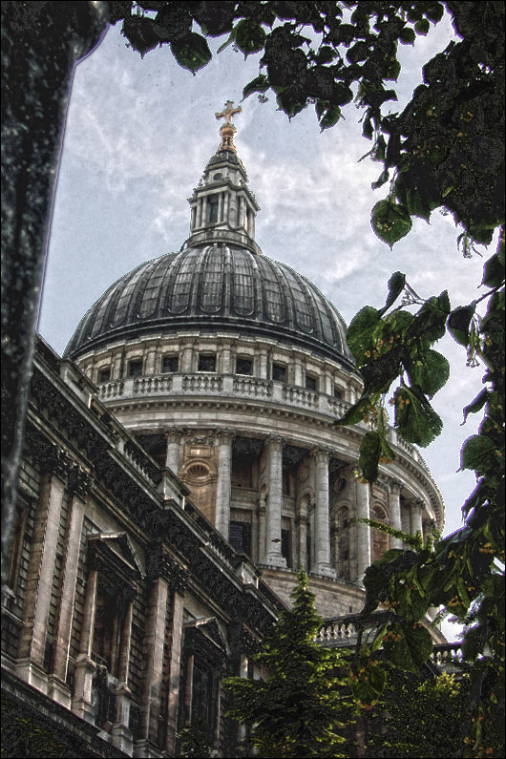 You will notice that there are no purple fringes or blotches found in the sky.

You can adjust Edge Glow with 2 sliders. Radius determines the size of the glow effect. If you turn the radius up too high, then your image will get strange halos of color around certain objects. If this happens, reduce the Strength setting and it should help. To get the results that I did for the HDR image, you will want to set the Radius to 18. You don’t want too much of a halo effect on your image.

The next box, Tone and Detail, controls Gamma, Exposure, Detail, Shadow, and Highlight. The Gamma slider controls the difference between highlights and shadows. This setting enables you to control how much contrast is in your image, and it can be used to blend harsh areas of your image that have too much contrast. Gamma is a setting that you may want to just leave alone. If your image looks too gray or muddy, then you can move the slider to the left to lighten it up, but otherwise, leave it set at 1.

Exposure adjusts the overall image tone, which dictates whether it is light or dark. You have to adjust the Exposure value for each image. It really just depends on the image itself. If your image has a lot of image information in its shadow regions, then you will want to increase the Exposure. If there are more details in the highlight portions, then you would decrease the setting.

Step 10: The Devil Is In The Details

The Detail setting looks for image detail, or pixel information in your image. You can adjust the Detail slider to get the desired stylized HDR look. Most likely, you will bump this setting up pretty far, maybe even all the way to 300. Otherwise, 250 should be plenty. This one setting does a lot for achieving the HDR look, but the other sliders are important too. The other settings depend on the images that you merged, because every situation is different. Detail is important, because it tells Photoshop how much contrast you want within the details of your image. Setting this too low will make your image look cloudy and more like an oil painting than an HDR image. For this image, we set the Detail slider to 250.

Step 12: Don’t Add Too Much Punch to Your Colors

If your image just isn’t looking right, or if you think that one exposure is hindering you from getting the desired HDR mix, Photoshop has a section at the bottom where you can turn off each individual exposure in the preview. This allows you to see how your HDR image would look with and without each of your exposures. 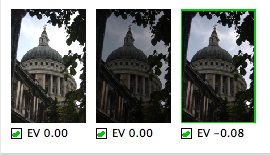 Another option for HDR involves the use of “Image” > “Adjustments” > “HDR Toning.” The difference between this menu and using method #1 (the Merge to HDR Pro option) is that you don’t need multiple exposures to create this effect. Method #2 will simulate the HDR effect using a single exposure. Using HDR Toning gives you several options. A dialog box pops up, allowing you to tweak many different settings.

In the image below, which you can download here.

We are going to choose a preset from the HDR Toning menu. There are several different presets, such as flat, monochromatic, more saturated, photorealistic, saturated, and surrealistic. They each have their own results, but if you are looking for the gritty, highly-detailed look that HDR is known for, then “more saturated” or “surrealistic” is the way to go. 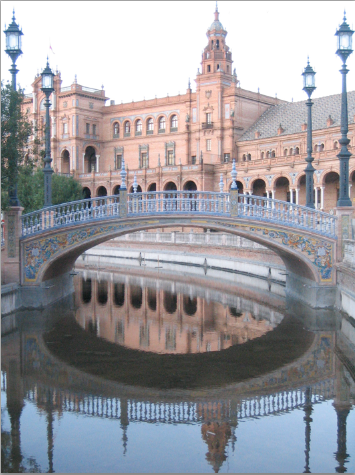 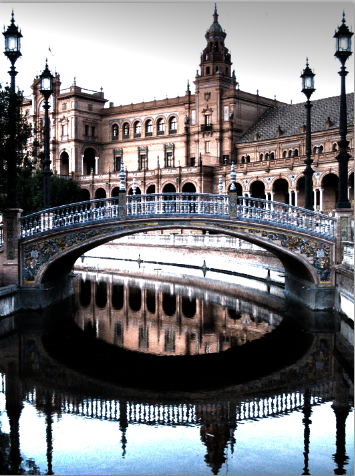 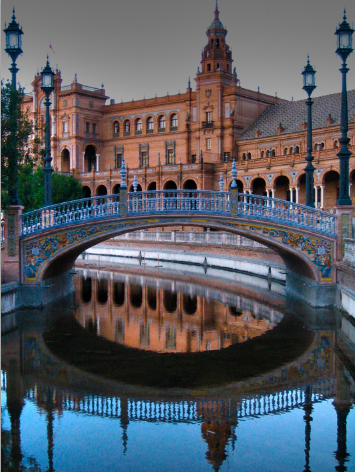 You will notice that there is a lot more detail in each image, and each variant is richer in either color or contrast. This works great for simulating the HDR effect.

Let’s do a side-by-side comparison of the Merge to HDR Pro image and the midtone version of our image created with HDR Toning:

As you can see, the results are a little unexpected! The results from my own merged exposures (via the “Merge to HDR Pro” technique) weren’t as sharp or as detailed as Photoshop’s HDR Toning method. These were both done with the same exact settings, but you can see the difference in the results. The Merge to HDR Pro technique may be more natural, but it relies on your photography skills and your ability to choose the right set of exposures to merge together. The HDR Toning image is more rugged, gritty and detailed, but it doesn’t offer the same degree of control as the more intensive “Merge to HDR Pro” method.

Which HDR result looks best to you? Do you prefer one method over another? Do you often use HDR in photography or design projects?