Microsoft was in the news again this week, as it’s CEO suffered a bout of foot-in-mouth during an on-stage conversation at the Celebration of Women in Computing conference (for which he subsequently apologized). Pundits also asked if Windows 10 will address the operating system’s biggest weakness, whilst Project Spark came out of beta and we learned that Microsoft has taught Cortana to speak Klingon. buy’ ngop

Elsewhere, Google officially unveiled its newest Nexus tablet device in the form of the Nexus 9 — an 8.9-inch device which will arrive running Android 5.0 Lollipop. Too much Google Glass landed one man in treatment for Internet addiction and it was revealed that Google’s ‘biggest search competitor’ is Amazon (somewhere, a Bing executive is crying).

Drones were also in the news as the Dronecode project was launched by the Linux Foundation. Drone racing seems to have become a thing and reports came in of Drones taking selfies to new heights (remember: a selfie taken by a drone is a dronie). One site asked “What would you do if you discovered a drone hovering over your property?” As shooting them down is very probably illegal, your garden hose might be your best bet here …

RubyGems is a package manager for the Ruby programming language that provides a standard format for distributing Ruby programs and libraries (in a self-contained format called a “gem”).

If you’ve ever wanted to create your own gem from scratch, this two part tutorial will walk you through the process and give you a bunch of handy tips along the way.

Recently, the Ruby Rogues interviewed Eric Hodel, one of the RubyGems developers.

Justin Weiss is a developer who has been digging into Ruby gems. Firstly, he explained how gems work, before examining how Rails (a gem itself) handles gems.

Here’s a fantastic list of gems for Ruby on Rails code optimization and clean up, as well as a gem to facilitate interacting with the Hacker News API.

In other Ruby news, Sandi Metz expounded on the shape of code, whilst it was put forward that object-oriented programming is an expensive disaster which must end.

This week saw the release of the Yii 2 framework (a high performance, component-based PHP framework for rapidly developing modern Web applications). It’s easy to lose track of the number of frameworks out there, so Matthew Beaumont took a look at seven reasons to choose Yii 2 over its competitors.

Sandeep Panda shared five reasons he loves AngularJS (and why you should, too). If you’re already sold on Angular and can’t wait to get your hands dirty, here’s a very comprehensive (10,000 word) tutorial courtesy of Todd Motto. Or, if you’re somewhat more experienced, be sure to avoid the top ten mistakes AngularJS developers make.

This next article shows Windows users some love and explains how to install Node.js on Windows. Once you’ve done that, you’ll be all set to develop your very own location-based Pokémon game.

Finally, remember that frameworks aren’t always the answer, as one developer explains why they choose not to use Bootstrap.

Buzzword of the Week: Progressive Enhancement 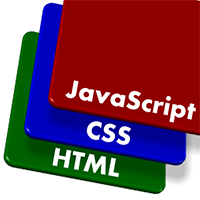 Progressive enhancement is a practice employed when constructing a website, whereby the designer starts with the content, then adds layers of enhancements to it (using, for example, JavaScript or CSS) . This results in the content being available to all, regardless of the capabilities of the device upon which it is viewed.

Progressive enhancement really matters, so I was delighted to come across a new series explaining the theory behind it, as well as how to put these ideas into practice.

There are many sites out there which stop working as soon as JavaScript is disabled. This needn’t always be the case. Here’s how you can create progressively enhanced UI elements using JavaScript.

A while back, Craig Buckler suggested that offline first might be the next progressive enhancement technique. Here’s a more modern piece expanding on why that continues to be a good idea.

This is one designer weighing up the pros and cons of progressive enhancement. The article contains some great analogies and lots of food for thought.

In a similar vein, this article asks “Adaptive design: what is it and why should I be using it?“

In the world of mobile apps this week, it was announced that Reddit has purchased the Alien Blue app and hired the developer who created it.

It seems that mobile developers are in great demand. But if you want to write mobile apps, where do you start?

Well, SitePoint to the rescue! Here’s a beginners tutorial on creating a ToDo app for Android. And here’s a primer on creating apps for FireFox OS.

Is iOS more your thing? Here’s how to get started with Metal, a framework introduced in iOS 8 that supports GPU accelerated 3D graphics rendering and data parallel computation workloads. Phew!

When designing mobile first, navigation takes a back seat to content. This article looks at using wayfinding to restore the balance.

And finally, here is an in-depth look at HealthKit (a new tool in iOS8 that allows app developers to integrate the data they collect with other apps and with the Apple Health app) — all from the perspective of a swimming app.

I’ll leave you with a report that insects may well be the future of food (yeurgh!) and an article in which Web inventor Sir Tim Berners-Lee shares his thoughts on the future of farming, work and computing. Oh, and talking of Sir Tim, if you ever thought your job title slightly understates your actual role, check this out.

So which links caught your attention? Have you written a Ruby gem you’d like to share? Do you just love Yii 2? Is object-oriented programming a disaster? Do you practice progressive enhancement, or (like Tom Dale) do you think it is long dead? Either way, we would love to hear your thoughts.