This post was originally published on CodeFX.org. Because Java 9 draws ever closer we syndicate it here so you can get your hands dirty building a sample application on the Java Platform Module System (JPMS). The article was originally written in December 2015 and updated to the current state of affairs in February 2017.

In this post we’ll take an existing demo application and modularize it with Java 9. If you want to follow along, head over to GitHub, where all of the code can be found. The setup instructions are important to get the scripts running with Java 9. For brevity, I removed the prefix org.codefx.demo from all package, module, and folder names in this article.

The Application Before Jigsaw

Even though I do my best to ignore the whole Christmas kerfuffle, it seemed prudent to have the demo uphold the spirit of the season. So it models an advent calendar:

Of course the calendar needs to be created first. It can do that by itself but it needs a way to create surprises. To this end it gets handed a list of surprise factories. This is what the main method looks like:

The initial state of the project is by no means the best of what is possible before Jigsaw. Quite the contrary, it is a simplistic starting point. It consists of a single module (in the abstract sense, not the Jigsaw interpretation) that contains all required types:

Compiling and running is straight forward (commands for Java 8):

The next step is small but important. It changes nothing about the code or its organization but moves it into a Jigsaw module.

So what’s a module? To quote the highly recommended State of the Module System:

A module is a named, self-describing collection of code and data. Its code is organized as a set of packages containing types, i.e., Java classes and interfaces; its data includes resources and other kinds of static information.

(The last paragraph is actually from an old version of the document but I like how it summarizes dependencies and exports.)

So compared to a JAR a module has a name that is recognized by the JVM, declares which other modules it depends on and defines which packages are part of its public API.

A module’s name can be arbitrary. But to ensure uniqueness it is recommended to stick with the inverse-URL naming schema of packages. So while this is not necessary it will often mean that the module name is a prefix of the packages it contains.

A module lists the other modules it depends on to compile and run. This is true for application and library modules but also for modules in the JDK itself, which was split up into about 100 of them (have a look at them with java --list-modules).

Again from the design overview:

The module system ensures that every dependence is fulfilled by precisely one other module, that the module graph is acyclic, that every module reads at most one module defining a given package, and that modules defining identically-named packages do not interfere with each other.

When any of the properties is violated, the module system refuses to compile or launch the code. This is an immense improvement over the brittle classpath, where e.g. missing JARs would only be discovered at runtime, crashing the application.

A module lists the packages it exports. Only public types in these packages are accessible from outside the module.

This means that public is no longer really public. A public type in a non-exported package is as inaccessible to the outside world as a non-public type in an exported package. Which is even more inaccessible than package-private types are before Java 9 because the module system does not even allow reflective access to them. As Jigsaw is currently implemented command line flags are the only way around this.

To be able to create a module, the project needs a module-info.java in its root source directory:

Wait, didn’t I say that we have to declare dependencies on JDK modules as well? So why didn’t we mention anything here? All Java code requires Object and that class, as well as the few others the demo uses, are part of the module java.base. So literally every Java module depends on java.base, which led the Jigsaw team to the decision to automatically require it. So we do not have to mention it explicitly.

The biggest change is the script to compile and run (commands for Java 9):

We can see that compilation is almost the same – we only need to include the new module-info.java in the list of classes.

The jar command will create a so-called modular JAR, i.e. a JAR that contains a module. Unlike before we need no manifest anymore but can specify the main class directly. Note how the JAR is created in the directory mods. 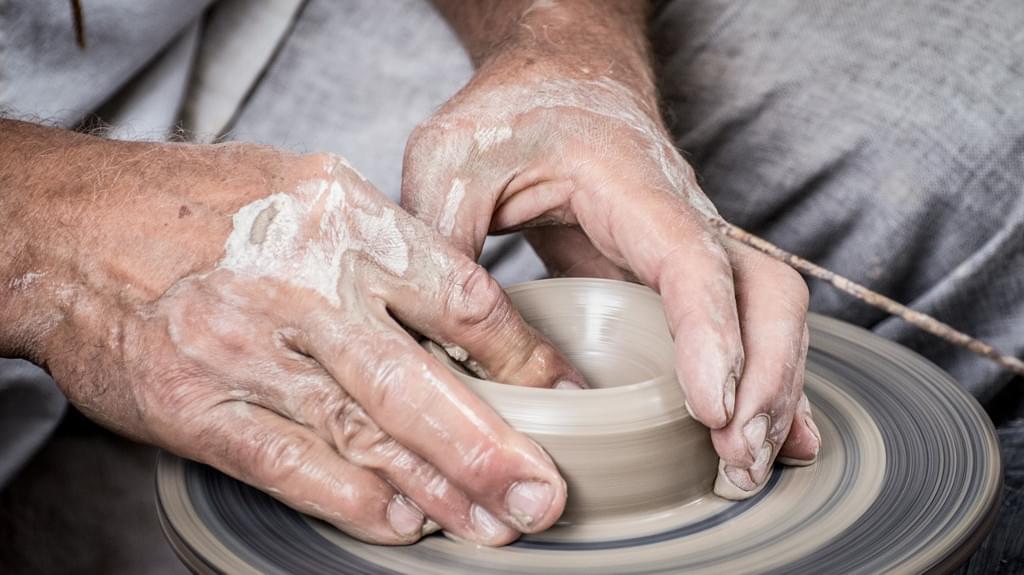 Now it’s time to really get to know Jigsaw and split that monolith up into separate modules.

The “surprise API”, i.e. Surprise and SurpriseFactory, is a great success and we want to separate it from the monolith.

The factories that create the surprises turn out to be very dynamic. A lot of work is being done here, they change frequently and which factories are used differs from release to release. So we want to isolate them.

At the same time we plan to create a large Christmas application of which the calendar is only one part. So we’d like to have a separate module for that as well.

We end up with these modules:

Looking at their dependencies we see that surprise depends on no other module. Both calendar and factories make use of its types so they must depend on it. Finally, main uses the factories to create the calendar so it depends on both.

The first step is to reorganize the source code. We’ll stick with the directory structure as proposed by the official quick start guide and have all of our modules in their own folders below src:

To keep this readable I truncated the folders below org. What’s missing are the packages and eventually the source files for each module. See it on GitHub in its full glory.

Let’s now see what those module infos have to contain and how we can compile and run the application.

There are no required clauses as surprise has no dependencies. (Except for java.base, which is always implicitly required.) It exports the package advent.surprise because that contains the two classes Surprise and SurpriseFactory.

So the module-info.java looks as follows:

Compiling and packaging is very similar to the previous section. It is in fact even easier because surprise contains no main class:

The calendar uses types from the surprise API so the module must depend on surprise. Adding requires advent.surprise to the module achieves this.

The module’s API consists of the class Calendar. For it to be publicly accessible the containing package advent.calendar must be exported. Note that CalendarSheet, private to the same package, will not be visible outside the module.

But there is an additional twist: We just made Calendar.createWithSurprises(List<SurpriseFactory>) publicly available, which exposes types from the surprise module. So unless modules reading calendar also require surprise, Jigsaw will prevent them from accessing these types, which would lead to compile and runtime errors.

Marking the requires clause as transitive fixes this. With it any module that depends on calendar also reads surprise. This is called implied readability.

The final module-info looks as follows:

Compilation is almost like before but the dependency on surprise must of course be reflected here. For that it suffices to point the compiler to the directory mods as it contains the required module:

The factories implement SurpriseFactory so this module must depend on surprise. And since they return instances of Surprise from published methods the same line of thought as above leads to a requires transitive clause.

The factories can be found in the package advent.factories so that must be exported. Note that the public class AbstractSurpriseFactory, which is found in another package, is not accessible outside this module.

Compilation and packaging is analog to calendar.

Our application requires the two modules calendar and factories to compile and run. It still has no API to export.

Compiling and packaging is like with last section’s single module except that the compiler needs to know where to look for the required modules:

With all the modules in mods , we can run the calendar.

Jigsaw enables loose coupling by implementing the service locator pattern, where the module system itself acts as the locator. Let’s see how that goes.

Somebody recently read a blog post about how cool loose coupling is. Then she looked at our code from above and complained about the tight relationship between main and factories. Why would main even know factories?

Really? Just to instantiate some implementations of a perfectly fine abstraction (the SurpriseFactory)?

And we know she’s right. Having someone else provide us with the implementations would remove the direct dependency. Even better, if said middleman would be able to find all implementations on the module path, the calendar’s surprises could easily be configured by adding or removing modules before launching.

this is exactly what services are there for! We can have a module specify that it provides implementations of an interface. Another module can express that it uses said interface and find all implementations with the ServiceLocator.

We use this opportunity to split factories into chocolate and quote and end up with these modules and dependencies:

Lets look at the individual modules.

Both modules are identical except for some names. Let’s look at chocolate because it’s more yummy.

As before with factories the module requires transitive the surprise module.

More interesting are its exports. It provides an implementation of SurpriseFactory, namely ChocolateFactory, which is specified as follows:

Since this class is the entirety of its public API it does not need to export anything else. Hence no other export clause is necessary.

We end up with:

Compilation and packaging is straight forward:

The most interesting part about main is how it uses the ServiceLocator to find implementation of SurpriseFactory. From its main method:

Our application now only requires calendar but must specify that it uses SurpriseFactory. It has no API to export.

And we can indeed change the surprises the calendar will eventually contain by simply removing one of the factory modules from the module path. Neat!

So that’s it. We have seen how to move a monolithic application into a single module and how we can split it up into several. We even used a service locator to decouple our application from concrete implementations of services. All of this is on GitHub so check it out to see more code!

But there is lots more to talk about! Jigsaw brings a couple of incompatibilities but also the means to solve many of them. And we haven’t talked about how reflection interacts with the module system and how to migrate external dependencies.

If these topics interest you, watch this tag as I will surely write about them over the coming months. 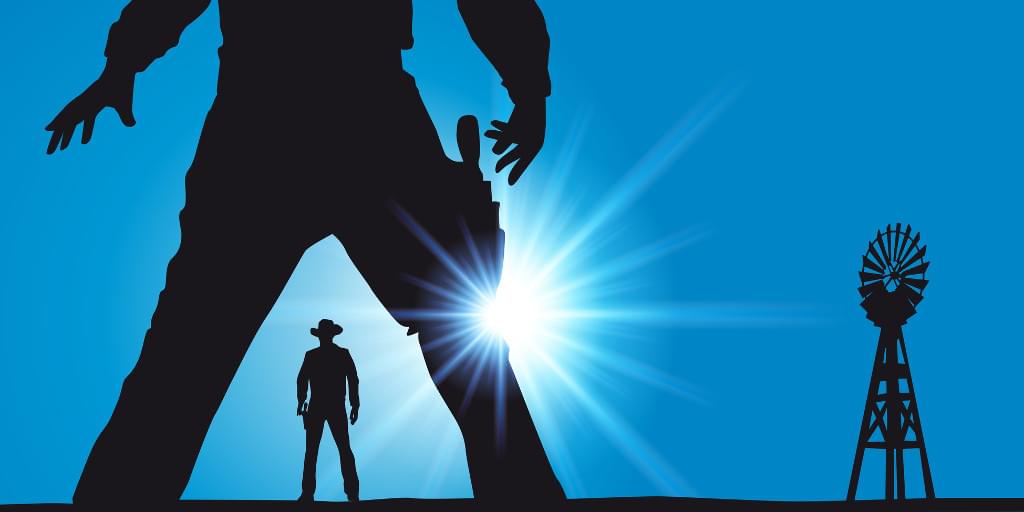 Hands On with the Android Wear Developer SDKAmit Diwan