HTML’s pre element is a simple and semantic way of displaying formatted content (such as source code) but it does have a few quirks. Let’s talk about how this element works, potential issues to keep in mind, as well as some basic tips and tricks for enhancing it.

In an HTML document, the pre element represents preformatted text. This means your tab indents, double-spaces, newlines, and other typographic formatting will be preserved inside a pre element.

By default, browsers will display the content inside a pre element using a monospaced (or fixed-width) font such as Courier or Monaco. This is typical when displaying code, which, as we’ll see, is one of the primary uses for the pre element.

Let’s look at an example of preformatted text.

If you were to place that same text in another element, say a div, all of your extra spaces, new lines, and indenting will be ignored. So even though your code will look like this:

The same text block inside a pre, however, will be rendered with a monospaced font and with all of your extra white space intact:

See the Pen IpECf by SitePoint (@SitePoint) on CodePen.

The pre element should be used for text that has typographic formatting that affects the meaning of the content, such as in poems, ASCII art, transcripts, and, of course, computer code.

If you want to represent a block of source code in your HTML document, you should use a code element nested inside a pre element. This is semantic, and functionally, it gives you the opportunity to tell search engine crawlers, social media apps, RSS readers, and other interoperating web services that the content is computer code.

Here’s an example of a JavaScript snippet marked up semantically:

See the Pen Example of pre with code tags by SitePoint (@SitePoint) on CodePen.

You can use other HTML elements within your pre elements and they will be rendered appropriately.

Just to demo the concept, I’ve marked up some JavaScript with em and strong elements, and even gave the nested elements color properties using the style attribute.

See the Pen Pre element with nested tags for styling by SitePoint (@SitePoint) on CodePen.

Now that we’ve discussed how the pre element works, let’s go over a few potential headaches you might encounter when using it.

By default, text inside pre elements is displayed as it is in the source, so having a line of text that’s wider than the width of the containing pre element will mean the line will flow out of its container.

Below is a page layout with some content overflowing outside of the containing pre element.

See the Pen Example of pre element breaking the layout by SitePoint (@SitePoint) on CodePen.

In multi-column layouts, and especially in float-based fixed-width layouts, overflow issues are more devastating if not dealt with proactively because they can seriously mess up the layout by pushing adjacent columns down the page to places where they shouldn’t be.

There are a couple of solutions to the problem.

One way to avoid overflow issues is to display a scrollbar whenever the content of the pre element is too wide. This is done by assigning the element overflow: auto in the CSS.

See the Pen FIxing the pre element with overflow: auto by SitePoint (@SitePoint) on CodePen.

In this solution, the user will need to scroll horizontally to see all the content inside the pre. But, to put it mildly, horizontal scrolling is not an ideal reading experience. Plus, and this is subjective, a scrollbar is not aesthetically pleasing.

We’re used to our source code wrapping to the next line if it’s wider than our code editor’s window. It wouldn’t be unusual to port this convention over to the Web.

Text-wrapping can be done using the white-space CSS property. There’s a nifty value for white-space that works well for preelements: pre-wrap.

See the Pen Using pre-wrap to fix the pre element by SitePoint (@SitePoint) on CodePen.

There’s a particular type of source code that’s a bit more difficult to work with inside a pre element: HTML. Earlier, I told you that you can nest HTML elements inside pre elements. But what if we wanted to show those tags in the displayed code so the reader can see the them?

In order to render the above inside a pre element verbatim, we can escape many of the reserved HTML characters such as <, >, and " to their corresponding character entities, like so (although the quotes and closing angle brackets technically do not need to be escaped):

Fortunately, there are many tools that will help you do this. There’s, for instance, the Free Online HTML Escape Tool. 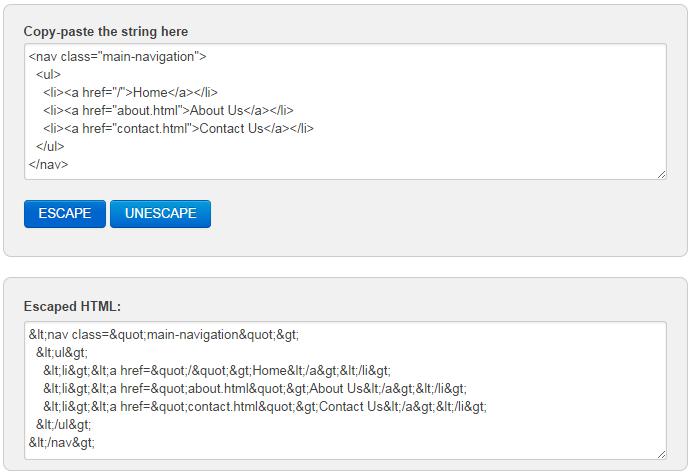 Another issue to watch out for is the appearance of unwanted tabs, newlines, and spaces.

Many of us indent our HTML to illustrate the hierarchy of block-level elements. This can be problematic with pre elements if we’re not careful. Let me show you what I mean.

If my HTML document had the following structural hierarchy (tabs to represent nested child elements), my pre element would be indented as follows:

In the example above, the pre element is four-levels deep in the document’s hierarchy.

The problem is the pre element (rightfully) assumes my indentations are part of its content, and thus, the content is displayed with unwanted tabs preceding each line:

To accurately depict the content visually, I’ll have to write it so the pre element has no tabs and other spacing characters on the left of the lines. In other words, the content shouldn’t be indented at all:

To avoid issues altogether, I suggest using this markup pattern:

Here are a few things you can do to improve your pre elements.

You can tailor the size of your indents inside pre elements.

For example, personally, I follow the convention of one tab = two spaces (using spaces instead of tabs is often referred to as “soft tabs”) as is done in Bootstrap and many other open source projects.

But the default tab size in browsers is the equivalent of eight spaces under specs, which doesn’t work well for front-end developers, especially with regards to HTML source code readability because we often find ourselves working with deeply nested structures.

One way to alter the tab size is through the intuitively-named tab-size CSS property. It’s a new property, so it’s not going to be 100% supported, but it’s a nice little progressive enhancement for people using modern browsers.

For better design control of our typography, it’s a good idea to render our web page text using CSS @font-face and the fonts we’ve chosen, instead of what the browser thinks is good for our design. Also, using web-safe monospaced fonts is so boring.

Here’s an example of using the PT Mono font served via Google Fonts.

See the Pen Using PT Mono font in a pre element by SitePoint (@SitePoint) on CodePen.

One of the easiest improvements we can implement with our pre content is syntax highlighting. It makes code easier to read and understand. In addition, it makes our design a bit more vibrant.

Below are a couple of examples of syntax highlighting based on the pre element. 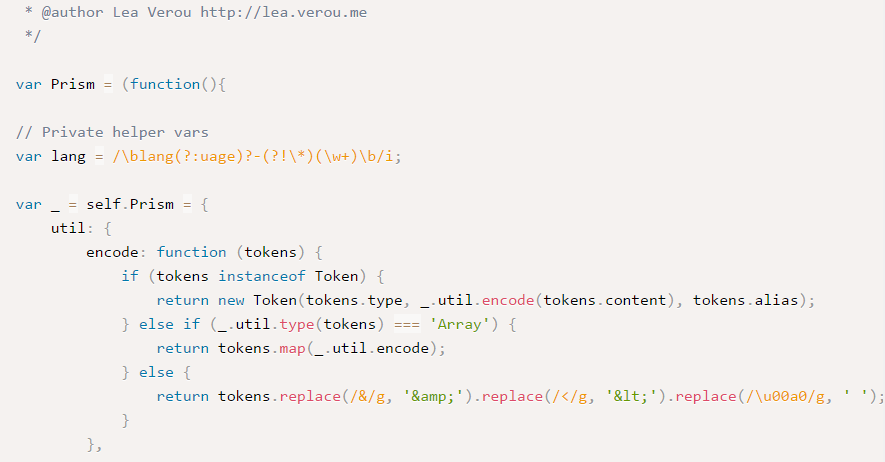 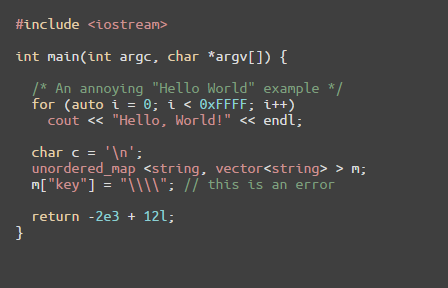 There are tons of syntax highlighters, and it seems like every day there’s a shiny new one that comes out. There’s also a multitude of methods for implementing syntax highlighting on a web page – JavaScript plugins, PHP classes, Rails gems, you name it – so I’ll leave it to you to hunt down the one that suits your particular needs best. For example, if you’d like to use a jQuery plugin, check out this list of ten syntax highlighting plugins by Sam Deering.

I should also state that syntax highlighting can be very taxing on web performance. When using a client-side library, for instance, there’s usually going to be a lot of regular expression matching and DOM manipulation happening on the content residing inside your pre tags; and you already know these processes can seriously hurt your web page response times. So this is just a friendly reminder to profile your web pages after implementing a syntax highlighter to see if the performance cost is reasonable.

We’ve talked extensively about the pre element – how to use it, things to watch out for, and ways you can enhance its implementation – and perhaps you’ve learned a trick or two about it that you didn’t know before. If you have other tips and tricks about pre, please share them with us in the comments.

Jacob Gube is a front-end web developer, and the founder of Six Revisions. Connect with him on GitHub, Facebook, and Twitter.

A Guide to the HTML5 ‘time’ ElementAurelio De Rosa