The thought of an adult living without a bank account or computer may seem like an archaic notion for those of us in the developed world. But for many parts of the world, the mobile phone is a lifeline to participation in financial daily life. This article explore the reality of coinless currencies using mobile platforms and discusses the challenges for entrepreneurs who might want to explore the sector.

How Big Is the Unbanked Population?

Two billion people, or 38% of adults in the world, do not use formal financial services, and 73% poor people are 'unbanked' due to costs, travel distances and the often-burdensome requirements involved in opening a financial account. Their ranks include more than half of adults in the poorest 40% of households in developing countries.

For example, residents of Kenya are more likely to use a mobile phone to pay for services and digital or physical goods rather than cash, cheque or credit cards. 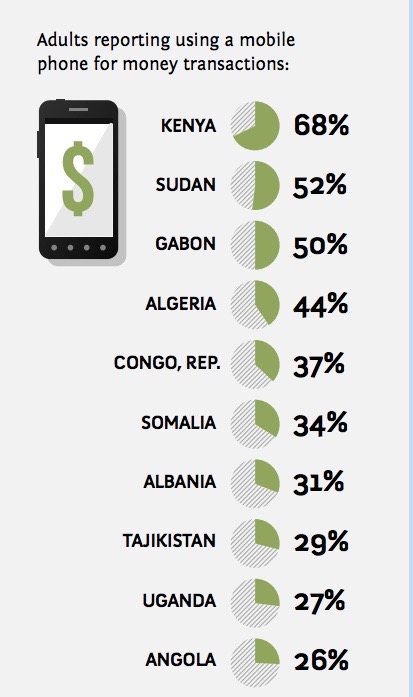 Here are some of the most compelling or popular platforms I came across during my research. This list is by no means exhaustive, but some are highly localized or niche and information can be hard to find. 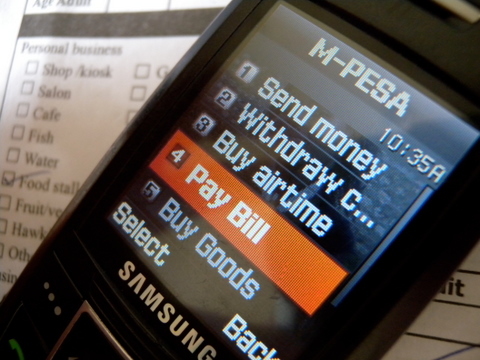 M-Pesa is a phone based money transfer, financing and microfinancing service, launched in 2007 by Vodafone for Safaricom and Vodacom, the largest network operators in Kenya and Tanzania. 70% of Kenya's adult population use the service, and this is a significant number considering that 31% of Kenya's GDP is spent through mobile phones.

The service enables users to deposit money into an account stored on their cell phones, to send balances using pin secured SMS text messages to other users (including sellers of goods and services) and to redeem deposits for regular money. M-Pesa customers can deposit and withdraw money from a network of agents that include retail outlets acting as banking agents.

M-Pesa has since expanded to Afghanistan, South Africa, India, Romania and Albania, mentioning that it may continue to expand elsewhere into Eastern Europe, as many in the region have mobile phones but not traditional bank accounts. 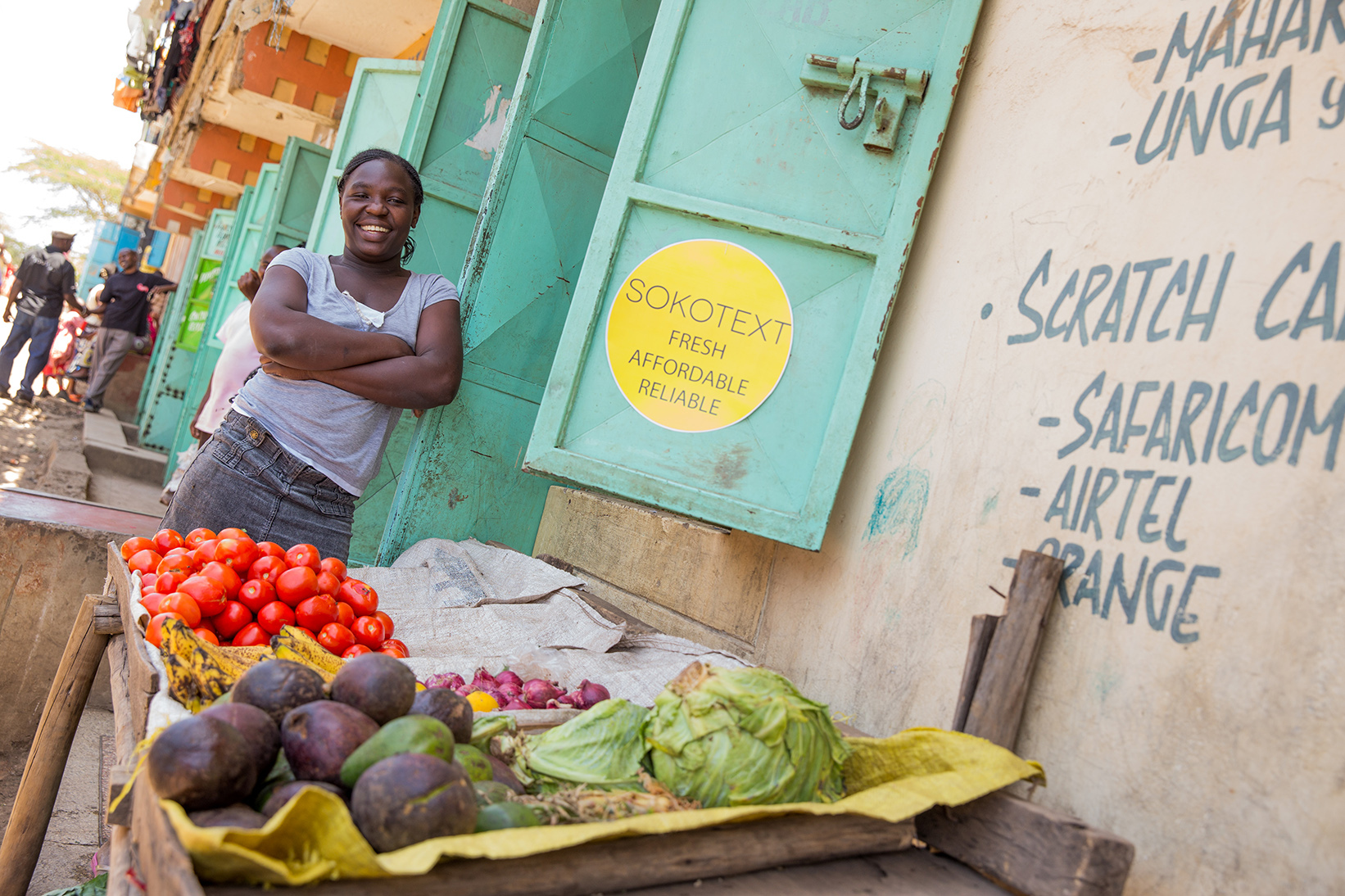 Mobile based initiatives don't always have to be overly complicated as start up Sokotext demonstrates. Small-scale vegetable sellers and kiosk owners are the gatekeepers and key players of food accessibility in urban slums of Kenya. Yet a lack of capital means that they cannot afford to buy wholesale and have to travel long distances to markets every day to buy enough stock. Sokotext leverages the widespread and increasing use of mobile phones in slums to solve these problems.

Sokotext creates a virtual purchasing group using mobile phones to group demand and unlock wholesale prices. Kiosk owners known as 'Sokotext ladies' pre-order using their mobile phones. Sokotext aggregates orders and manages distribution through wholesale outlets located on the edges of slums. This is managed through Sokotext and results in a 20% discount passed on to consumers. Sokotext has since expanded to Columbia

A government run program in India trains female attendants known as "ASHAs" to look after pregnant women in their neighborhood, incentivize them to give birth in a health center and later bring their kids for immunization. This well meaning program has run into problems with some women not receiving payment. In parts of India, paper based government run benefit programs can be slow and inefficient in delivering cash payments and are exposed to corruption and "leakage" where the money just disappears.

An innovative program in India, the Public Financial Management System Health Module, automated the process by moving the benefits transfer payment system into a digitized platform that calculates payments and deposits funds directly into recipients' bank accounts. Prior to the program, ASHAs used to wait an average of 191 days to receive payments, while women beneficiaries waited up to 58 days for their payments. A quarter of the beneficiaries also reported having to pay a "facilitation fee" to receive the funds. 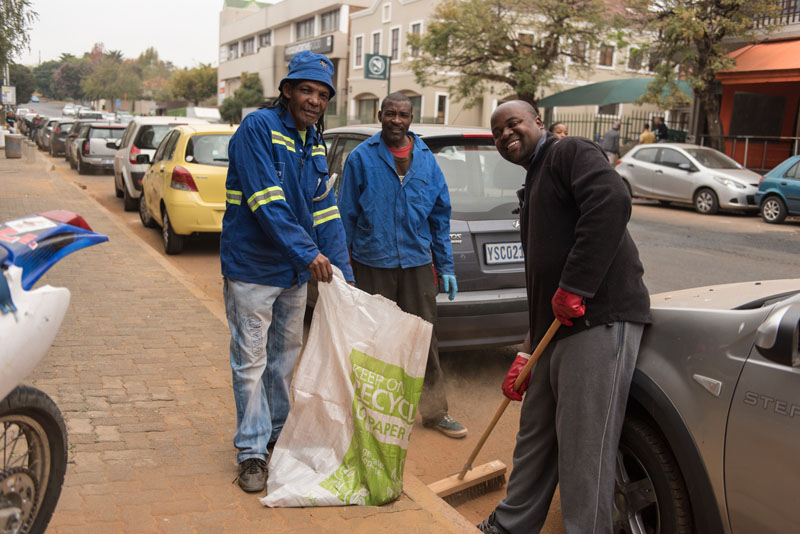 The GEM Project is a mobile rewards platform for volunteers in South Africa. Users earn GEMs (points) by undertaking community work which could include separating waste, volunteering at an orphanage, planting trees or participating in community health programs. Users download GEMs via USSD by dialing or via an app. Once signed in, they are able to see which volunteering opportunities are available in their area and when they've decided on a day and a place, the app tells them how many GEMs they'll earn as a token of appreciation.

GEMs are donated by corporate and public sector sponsors and distributed evenly to the social partners that host events. Users are rewarded within three days of completing their volunteer activity and can use their GEMs to buy data, electricity, airtime or movie tickets straight from the GEM platform.

Want to Get Involved?

Consider Working for a Start up Instead of Running Your Own

Whilst it might be tempting to see yourself as a philanthropic innovator, don't neglect the other valuable roles needed in creating such a platform. These include app development, server deployment, network integration into the network and of course, security. Start ups will need marketing staff familiar with the specific needs of their audience and legal staff able to analyze the weighty regulations to negotiate.

Developing countries are not homogenous. Africa is a continent and the countries within it are vastly diverse. South Africa compared to Kenya and Tanzania, has a more developed banking market which meant that attempts to integrate M-Pesa into the country were a dismal failure.

Don't Limit Yourself to the Developing World

Berlin based bank Number26 allows users to open a bank account and get a MasterCard after they have downloaded their app. To open an account, users make a video call to a Number26 employee and show their passport.

The app works just like a normal bank account, allowing users to deposit and withdraw money as they wish. It also allows users to disable online payments and ATM use via the app if the user suspects their details have been stolen.

Another safety feature is that the app sends push notifications for all activities related to the account. For example, when a user makes a payment using their MasterCard, they receive a message while the card is still in the card reader. It also allows instant bank transfers between account holders via the app.

Number 26 came 6th in Apple's annual Best apps and games for Apple's iPhone in 2015, already operates in Germany and Austria, and is now expanding into France, Spain, Italy, Ireland, Greece and Slovakia.

Crypto Currencies May Not Be the Answer

Hope was placed by bitcoin aficionados in the Kipochi bitcoin enterprise which launched in mid 2013. It's aim was to allow people in Africa to send and receive bitcoins, plus convert them to and from M-Pesa. Unfortunately it was shut down not long after launch.

Sources close to the Kipochi project believe it was shut down because it posed a competitive threat to Safaricom's dominant M-PESA money transfer business. Kipochi relied on integration with the M-PESA network, using it as an exchange to get money into its wallet.

Others suggested that a Vice article claiming that 'One Third of Kenyans Now Have a Bitcoin Wallet' spooked Kenyan regulators.

Find a Solution to Existing Problems

An unsolved problem in Africa is the cost of money transfers in and out of the continent. Africans spend around $24 to send $200, double the global average rate. According to the World Bank, Africans pay more than any other migrant group to send money home and with a large percentage of Africans living overseas, this is a problem raised when talking about financial services in Africa.

Mobile platforms need to be accessible to all, not only those with the latest smartphones. A platform needs to have SMS, USSD and HTML5 front ends to ensure accessibility by all.

It's easy to focus on the newest and most innovative technologies when they may not be what solves long term social and economic issues. Tapping into FinTech for developing markets has huge potential but requires special understanding and research.

I'd love to hear your thoughts, especially if any of you are from some of the areas I've mentioned.