Although it’s not too demanding to develop simple Android apps (e.g., Lesson 3’s W2A app) at the command line, you will probably find it tedious to develop more complex apps in this environment. For this reason, you might prefer to use the Eclipse Integrated Development Environment (IDE).

According to Google’s system requirements, you must install an Eclipse 3.6 (Helios) or greater package that includes the Java Development Tools (JDT) plugin. Google recommends that you install one of the following packages:

Assuming that you are also running Windows, point your browser to the Eclipse Classic 3.7.1 web page (http://www.eclipse.org/downloads/packages/eclipse-classic-371/indigosr1), and then perform the following steps to download and install this package:

Note: An Eclipse workspace is a disk location that’s associated with a workbench instance, where a workbench is a runtime instance of the Eclipse IDE. The workspace contains files, folders, and other resources that comprise your projects. 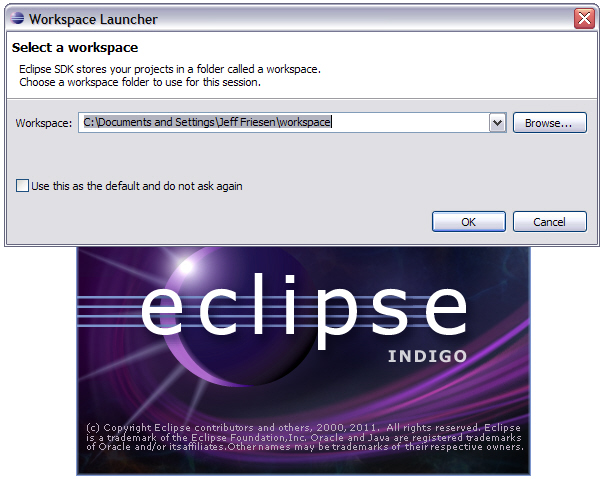 Figure 20: Check the checkbox to avoid being prompted each time you start Eclipse.

Click OK to close Workspace Launcher. Eclipse responds by performing some initialization, and then it presents its main window, as shown in Figure 21. 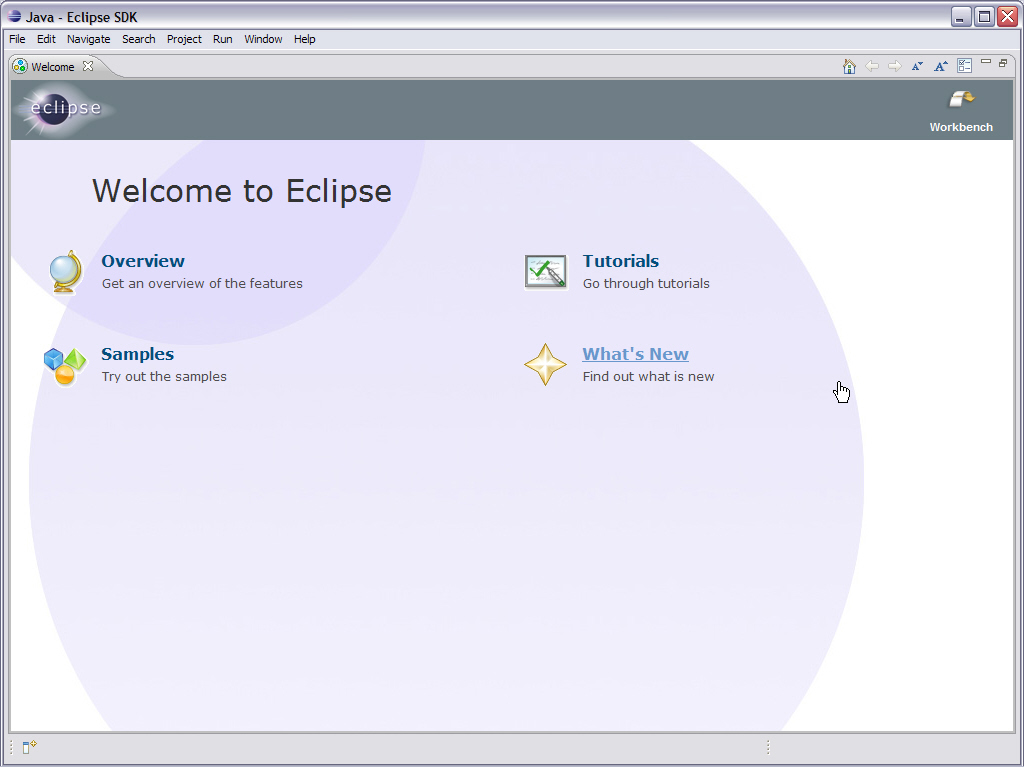 The main window is divided into a menubar, a toolbar, a workbench area (initially presenting a Welcome tab), and a statusbar.

The Android Development Tools (ADT) Plugin is a special Eclipse plugin that facilitates app development. Although you can develop Android apps without the ADT Plugin, you’d have to work directly with Android’s command-line tools. You’ll find that this plugin makes it much faster and easier to create, debug, and otherwise develop these apps.

Assuming that the Eclipse IDE is running, complete the following steps to install the latest ADT Plugin revision:

Develop and Run W2A with Eclipse/ADT

Now that you’ve installed Eclipse and the ADT Plugin, let’s revisit W2A by developing this app in this new environment. We’ll begin by creating a W2A project, which is accomplished by performing the following steps:

Eclipse creates a W2A directory within its workspace directory. W2A contains the following subdirectories and files: 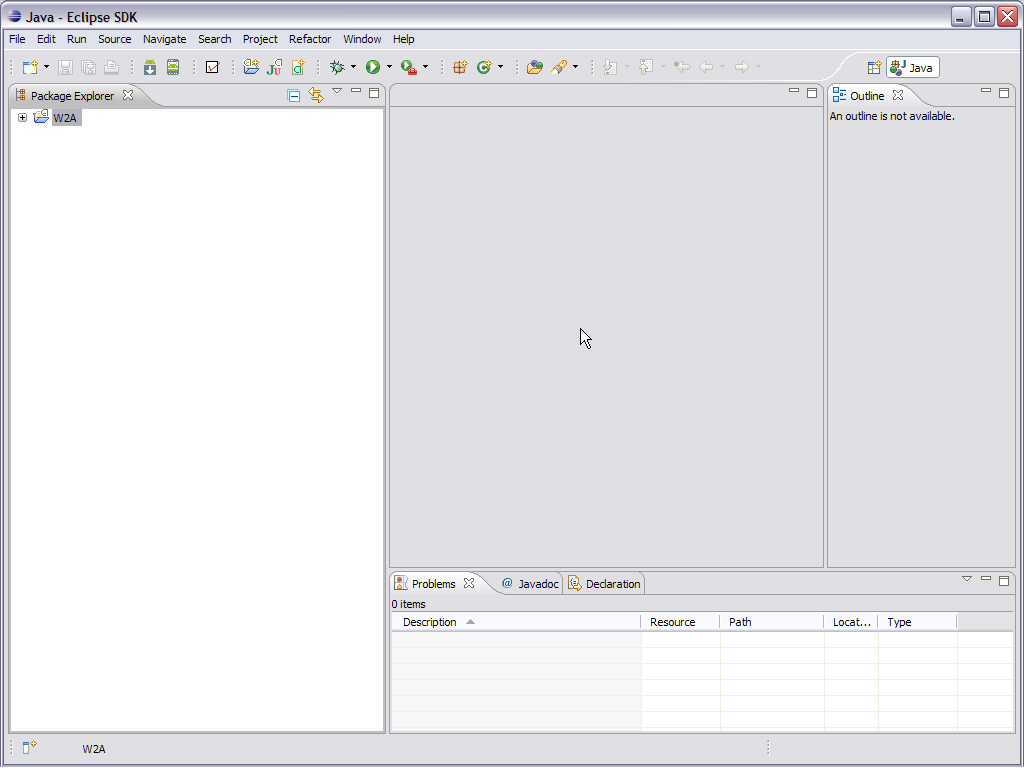 The workbench is organized around a menubar, a toolbar, several windows such as Package Explorer and Outline, a blank area that’s reserved for editor windows, and a statusbar.

Package Explorer appears on the left and presents an expandable list of nodes that identify the current workspace’s projects. To learn how Eclipse organizes the W2A project, click the “+” icon on the W2A node’s left. Figure 23 reveals an expanded project hierarchy. 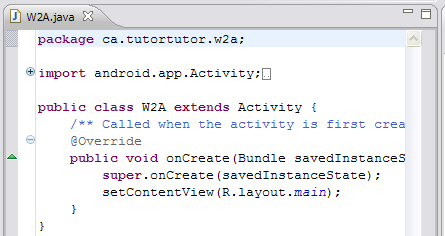 Replace Figure 24’s skeletal source code with the contents of Listing 1 (see Lesson 3). Then select Run or Run Last Launched from the menubar’s Run menu (Run appears instead of Run Last Launched if the project has not previously run). On the resulting Run As dialog box (which appears the first time you run the project), select Android Application and click OK. The W2A project is built before it runs.

Figure 25 shows you what you probably will see, especially if you’re running on Windows XP. Figure 25: Attempting to run W2A may produce an unexpected crash.

Unfortunately, software is often poorly written and leads to program crashes. In this case, the culprit is probably a buggy ADT Plugin.

After some research and experimentation, I was able to solve this problem. I had to change the name of Android’s home directory from android-sdk to android, update my PATH environment variable to reflect this change, and disable the snapshot setting in MyAVD. I accomplished this last task by using AVD Manager to delete MyAVD, recreate MyAVD without enabling the snapshot, and start MyAVD (making sure to check the Wipe user data checkbox on the Launch Options dialog box). I then closed the emulator, started Eclipse, and attempted to run W2A. This time, I was greeted by what you see in Figure 26. 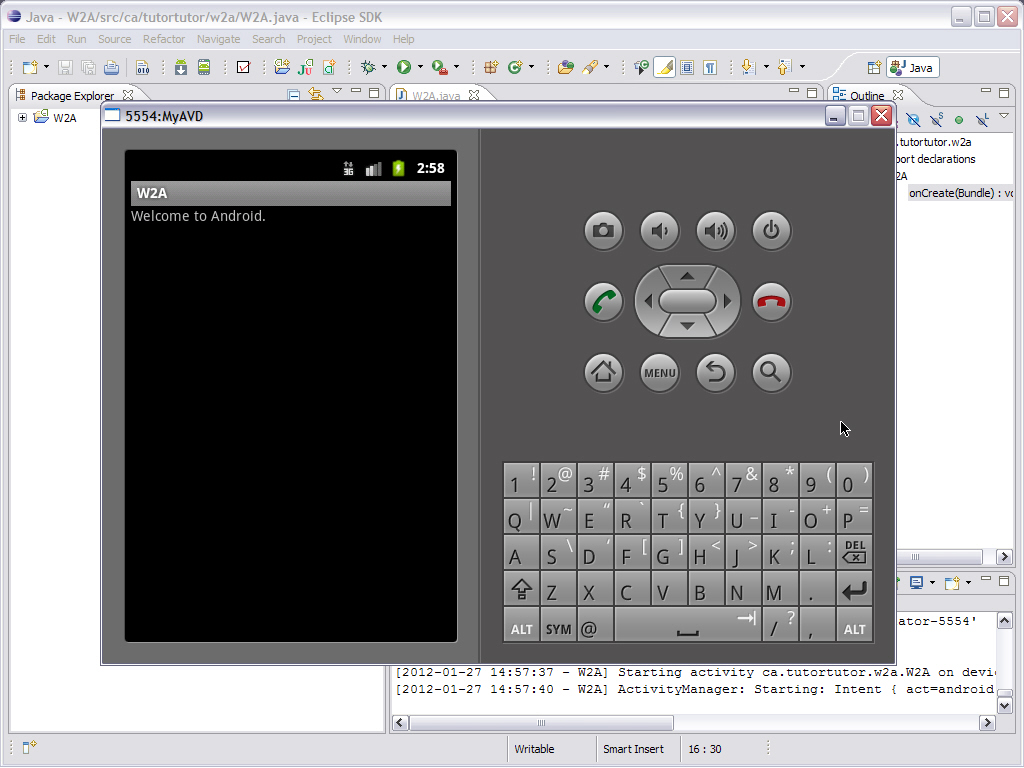 Figure 26: W2A is successfully installed and run on the emulator in the context of Eclipse.

The following review questions help you test your mastery of Lesson 7’s material: