It’s the end of the week, and it’s been a while since I last looked at native browser-based games. I’ve therefore picked a new selection for your research purposes … it’s amazing how far the technology has progressed within a few short months.

The following examples have all been implemented using HTML5 technologies such as canvas and JavaScript. They work in most modern browsers, but most won’t work in Internet Explorer 8.0 and below. Chrome or Opera generally provide the best experience. 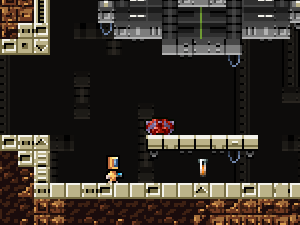 While I’m far too young to remember 8-bit gaming in the 1980s, Biolab is a homage to those simpler but addictive titles from 20-30 years ago. The game is a space-themed platformer with colorful chunky sprites, great animation and sound effects. The developer, Dominic Szablewski, has also released the canvas-based library at ImpactJS.com.

Biolab is a fine game. In fact, it’s better than many released in the 80s … so I’ve heard.

Crystal Galaxy is a sideways scrolling space shooter reminiscent of R-Type. However, the game’s unique in that the mouse controls the direction of the ship as well as its location.

Unusually, Crystal Galaxy doesn’t use the HTML5 canvas element. Every sprite is an individual HTML div moved around the screen. It works quickly in all browsers and is even playable in IE6! The authors at EffectGames.com also provide free tools and libraries to help you write your own titles.

Crystal Galaxy is fun, and you won’t be able to resist another go. 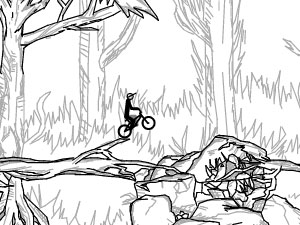 As you might expect, Canvas Rider is a version of Line Rider implemented using the HTML5 canvas element. The game is simple: you ride a bicycle over a series of obstacles to reach a goal — but the realistic gravity and physics make it a serious challenge.

What makes Canvas Rider more special is the online track editor and the thousands of tracks submitted by fans of the game. 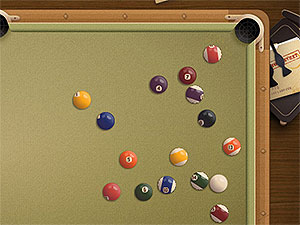 Agent 008 Ball is a glorious-looking game of pool for one player. The objective is to pot as many balls as possible before the timer runs out. 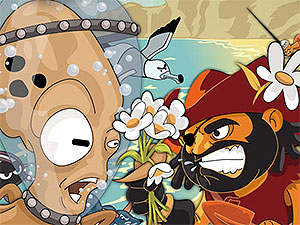 Pirate Love Daisies is a Tower-Defense-like game which pushes the boundaries of what’s possible with HTML5 and JavaScript. It was written by Flash developer Grant Skinner who was commissioned by Microsoft to create a game which showed off the new technologies in IE9.

The game works well in most browsers but, as you’d expect, it’s best on a fast PC using a browser with native hardware-accelerated graphics. For the moment, IE9 beta offers the best experience.

While a browser is never likely to be the best platform for games, these titles show that a little ingenuity can yield amazing results. What’s your favorite, and have you discovered any awesome HTML5 games?