What do some of the most influential community members of the web development world, like Bob Ippolito, Jaime Levy, Premshree Pillai and Peter Chittum, have in common? They’re all coming to WebCamp Zagreb! 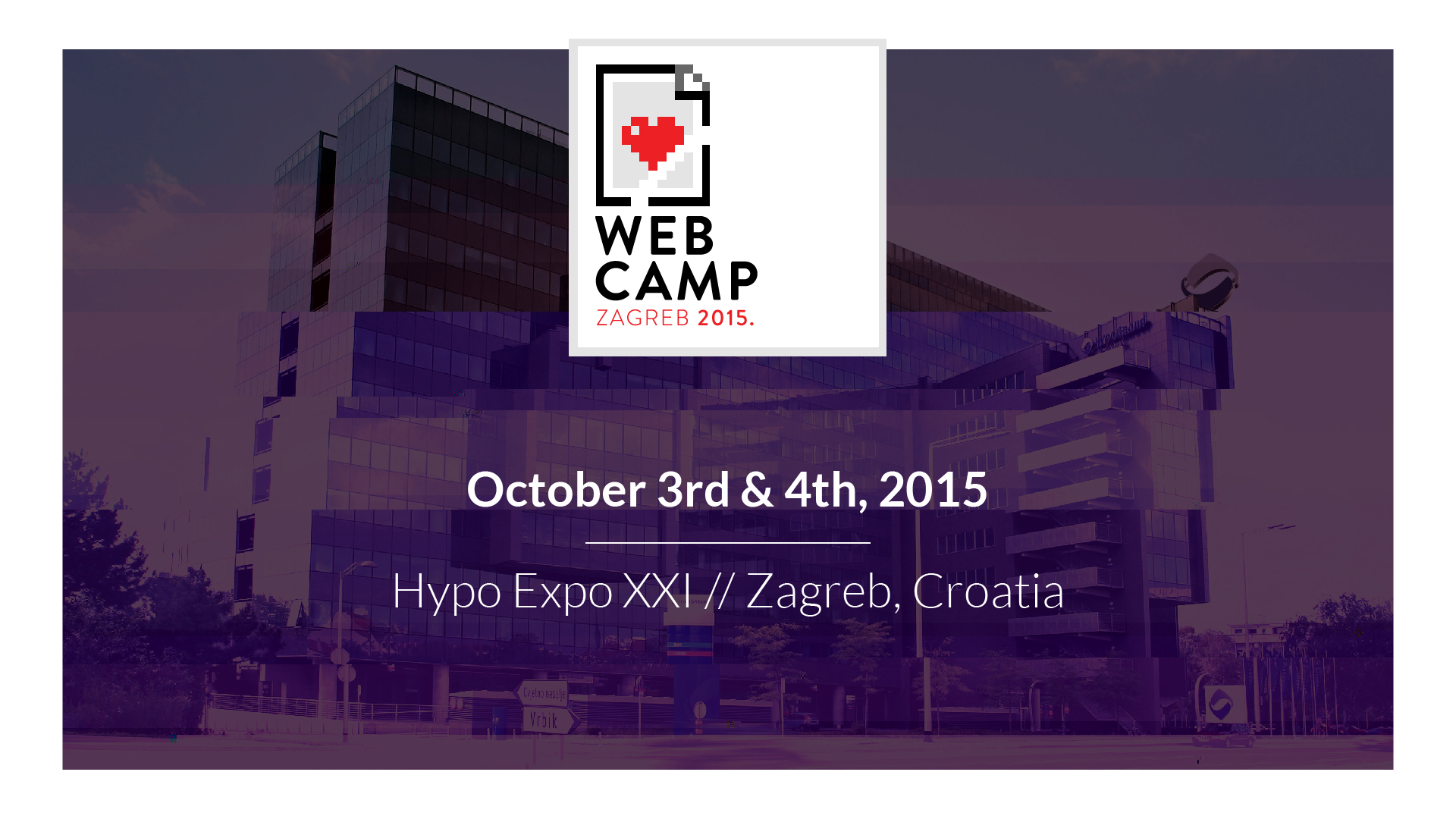 WebCamp is an annual conference for web developers, held in Zagreb on the first weekend of October. This year, it falls on October 3rd and 4th.

The talks lineup is excellent and incredibly interesting. The 30 or so talks will cover anything from distributed databases (by our very own Chris Ward) and JavaScript in cars to UX Strategy, Failing Agile and even meta stuff like Why You Should Talk.

Interestingly, the community voted for 6 of the talks – they weren’t all organizer-picked. This is an excellent idea which produced half a dozen of interesting additional topics we’ll be hearing about; I wish more conferences adopted this approach. Originally, the talks people could vote on were anonymized, but this didn’t resonate well with the ticket holders (predictably, they want their money to pay for the presence of their idols – the chance to meet some influentials often outweighs the topics they might talk about) so the voting process was updated.

All talks will be held in English, so the conference is 100% internationalized. At close to 800 attendees (so far!), they wouldn’t have it any other way. Yes, 800. It really is such a strong conference.

All attendees also get breakfast, lunch and a drinkup/snack afterwards – which is much more than one might expect for the low ticket price. Turns out there are still some swag bags left! Hurry up and buy your ticket – you get a shirt and a bunch of goodies!

If you’ve heard of WebCamp before, you might be surprised to learn about them charging for tickets this year – the conference had traditionally been free to attend, and still managed to attract some big names. However, this has changed this year, as free tickets didn’t really work out.

To attend, grab a ticket here and use the promo code sitepoint for a 15% discount!

The hashtag is heating up, the rooms are being prepared, and all that’s missing now is the drinkup sponsor. Will you be there? Were you at a previous WebCamp ZG edition? Let us know in the comments, and if you’re coming, drop me a line, let’s meet up!

Here are some reviews of past WebCamps: