Nickelodeon has updated its well-recognized “splat” logo to a new text based insignia. It’s still orange and the characters have a round balloon-like friendliness to them, but the splat is gone. 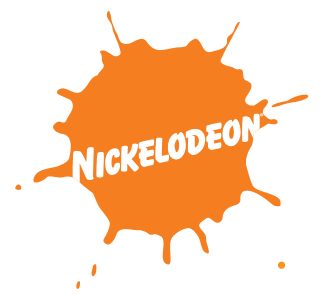 The new logo is set in a rounded typeface with the letter i , looking like a little person, being the focal point.

The new identity will be taking over in the Autumn when all of the Nickelodeon channels and the web site will display the logo. The company itself has been around for about thirty years and the splat logo was introduced five years later in 1984.

Cyma Zarghami, president of all things Nick, has stated that the main reason for changing the logo, is to connect Nickelodeon, Nick at Nite, Nicktoons, Nick Jr. (which a friend described to me today as Toddler Heroin) and TeenNick, all of which will use the new logo.

Some of the variety of Nick logos

We wanted to clean it up and allow Nick to be the stamp on all of these channels, that ultimately meant jettisoning the familiar Nickelodeon "splat."

In asking ourselves if everything could live under the splat, we decided that the splat was dated. (via Variety Magazine)

The original splat logo was design by Scott Nash and Tom Corey for Fred Siebert at Fred/Alan and was renowned for its multiple variations.

I can’t pretend I grew up with Nickelodeon (it wasn’t on Irish TV, but is now available here on cable), but I certainly know the logo well and have a bit of fondness for it. It’s fun and bright and a little bit mischievous. Something I think the new logo is missing. The splat must surely be one of the most recognizable logos out there, friend to both children, and time-poor parents, appearing in the top corner of the box. I like the simplicity of the new logo but it seems sad that it’s replacing a bit of a classic.

What do you think of the new design? Like it, loathe it, indifferent?