If something is simple, it’s easy to understand or do. But as DaVinci said, “Simplicity is the ultimate sophistication.” It’s very difficult to make a web site interface simple, especially if the content is complex.

This is where elegance comes in. Elegance in this context means “pleasingly ingenious and simple” – a smart solution to a challenging problem. Interfaces that aren’t elegant are complicated, creating more difficulty and confusion instead of clarity.

Let’s look at some ways the complexity of content intersects with the elegance of an interface: 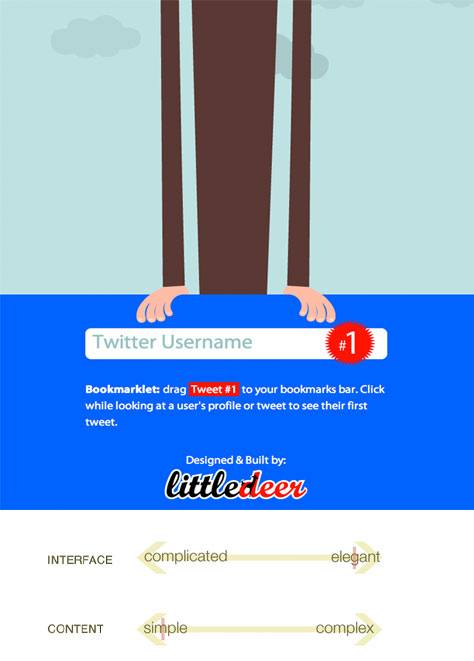 It’s hard to get content simpler than this. The site, “Tweet #1,” is mainly just a text field to enter in a twitter address. Their content is simple and their interface is elegant. Don’t be fooled, though – that doesn’t mean sites like this are always easy.

Going back to our definition of elegance, it needs to be pleasingly ingenious and simple. It’s easy to convert simple content into a simple interface, but more difficult to make it enjoyable when it seems you have so little to work from. 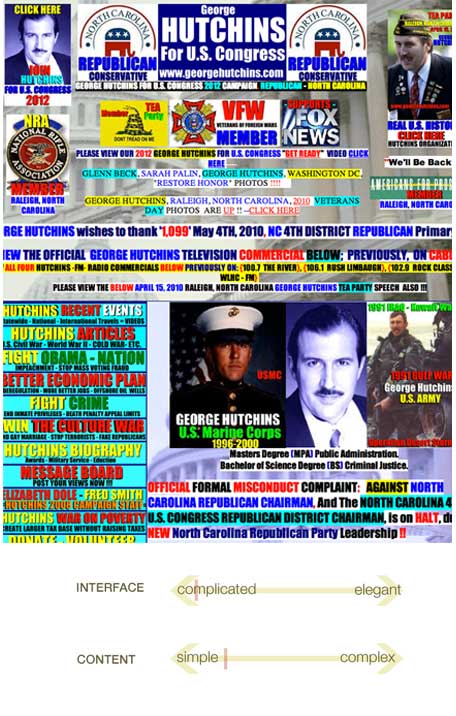 The site above is an example of an interface that could easily be made elegant. The content itself is not that involved; it’s mostly links, navigation items, photos, and text. The layout and design ends up being painfully complicated, though, and so injures the whole site.

Although this is an extreme example, any site can go this direction if a hierarchy of content isn’t created from the outset. Everything on this page is screaming for attention and so nothing gets it. 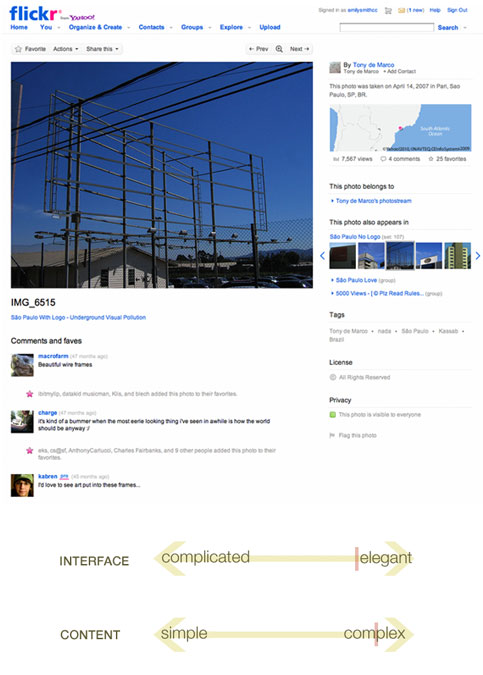 Alternately, it’s possible for complex content to be handled in an elegant interface. Flickr handles billions of picture uploads and corresponding data, as well as providing photo organization and social management, all in a way that feels simple.

I’m sure the Flickr developers and designers would tell you that getting to this point was not a simple task, though! This is the most challenging (and most rewarding) scenario for creating elegance. 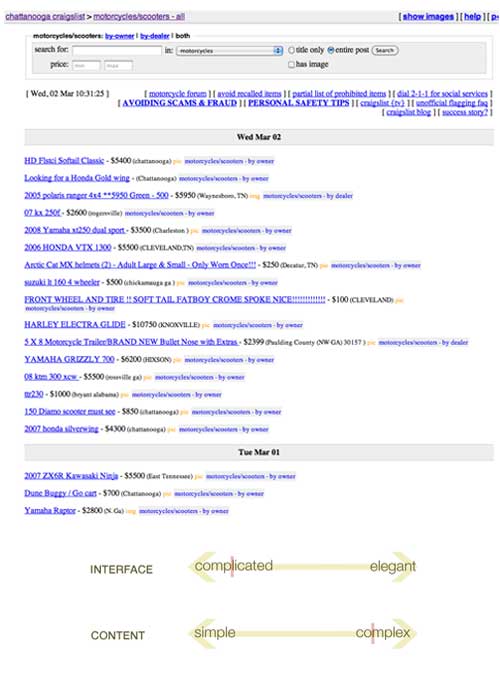 There is a lot of white space on the Craigslist web site, so it might not seem very complicated at first glance. Complication in this context, though, is to create more confusion than necessary.

Instead of utilizing columns to help scan information, they cram all of the text together and sometimes use text weights and color to differentiate. Their interface evolution has been historically obstinate in this way, despite all of the designers who have suggested changes and offered to help. Many of the suggested Craigslist redesigns are shortsighted, though, and succeed in making it more attractive but not elegant.

Aesthetic appeal and outright beauty often sway our thoughts about web interfaces, but beauty is not something to pursue in itself. If we pursue elegance in the face of complexity, beauty will flow out of that hard work!